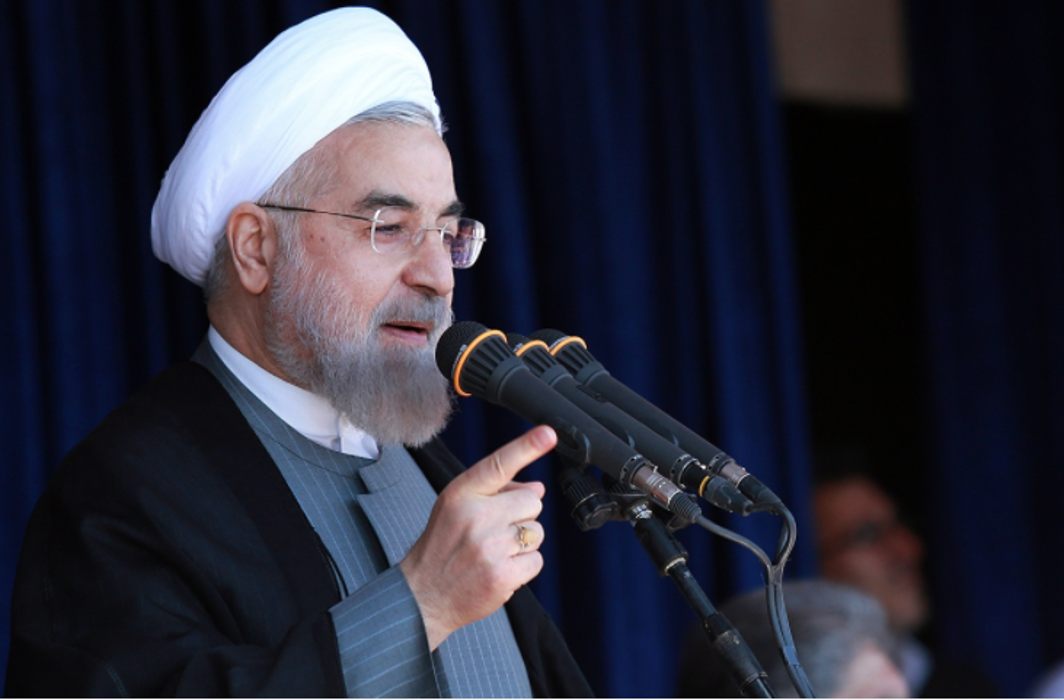 US withdrawal will set Iran free from any obligation, says FM Zarif

Iranian President Hassan Rouhani has reiterated his warning to United States administration against violating the 2015 nuclear deal, saying any failure to respect the multinational agreement would entail “grave consequences.”

According to Tehran based Press TV, while addressing a public meeting in Tabriz, East Azerbaijan province, President Rouhani said, “Today, we are standing by our commitments stronger than ever before. However, anyone seeking to betray their commitments to us should know that the grave consequences of such a move will affect themselves.”

Rouhani further said, “Those sitting in the White House should know that whether or not they stand by their commitment, civilization and humanity, the great Iranian nation and the government on its behalf will stand decisively against all their conspiracies and plots. “No one can frustrate this great nation and steal from it the hope for future.”

Rouhani said that the Iranian people and government are fully prepared to confront potential enemy plots.

Meanwhile, Iran’s foreign minister Javad Zarif has said the US, under President Donald Trump, has violated almost all of its commitments as part of the 2015 nuclear deal, known as JCPOA, and that Washington’s withdrawal would only set Iran free of any obligation to stay in the accord.

He said, “If the United States officially withdraws from the JCPOA, the immediate implication would be that it would free Iran of any obligation to remain in the Joint Comprehensive Plan of Action (JCPOA),” Zarif told the National Interest on Monday.

The US President Donald Trump has repeatedly threatened to pull out of the nuclear deal which was struck between the Islamic Republic and the P5+1 group of countries, including Washington itself.

Trump has said unless the European parties “fix the terrible flaws” of the accord by May 12, Washington would withdraw from the deal. Iran has ruled out any renegotiation.

The deal removed nuclear-related sanctions against Tehran, which, in turn, changed some aspects of its nuclear energy program. All other signatories have warned the US against quitting the deal, called the Joint Comprehensive Plan of Action (JCPOA).

In a related development French President Emmanuel Macron, has on Monday met US President Donald Trump in Washington, who reportedly tried to convince Trump not to pull out of the accord. German Chancellor Angela Merkel will also visit the White House later this week to discuss the issue.

Russian Foreign Minister Sergei Lavrov said on Monday he had agreed with his Chinese counterpart that Moscow and Beijing would try to block any US attempt to sabotage the nuclear deal.

From New York, Iranian Foreign Minister Mohammad Javad Zarif has also warned that the country has a number of options ready at hand for responding to a possible US withdrawal, including the resumption of the activities it halted under the multilateral accord “at a much greater speed.”

Warning to US administration came from Iranian leadership at a time when Donald Trump has to take decision on renewing the deal by May 12. If he does not renew US commitment the deal may fall apart.  However, several experts believe that since the deal is multilateral, US, as one of the signatories, cannot withdraw from the agreement.