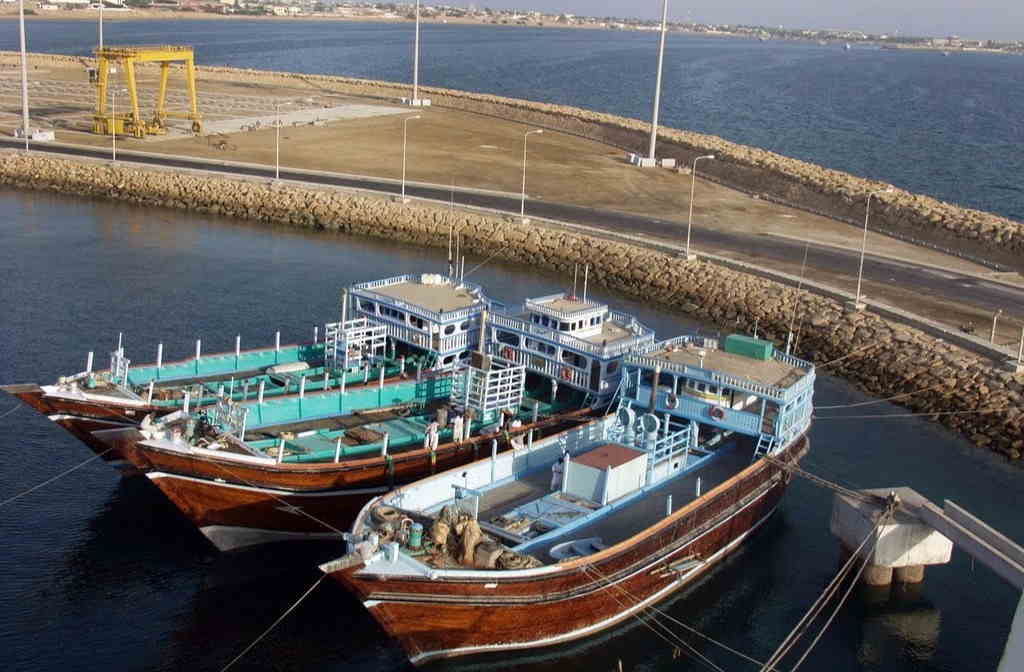 The newly-built extension to Chabahar port opens up a strategic transit route from India to Afghanistan and Central Asia – bypassing rival Pakistan.

More than tripling the capacity of the key Chabahar Port on the Gulf of Oman, Iranian President Hassan Rouhani on Sunday inaugurated a newly-built extension – the first phase of the strategic southeastern port, which is expected to open a multi-modal trade corridor connecting India to Central Asia. The new extension to the country’s main Arabian Sea outlet holds further significance as it poses a challenge for a port under construction in neighboring Pakistan.

Constructed by a Revolutionary Guard-affiliated company – Khatam al-Anbia, which also is the largest Iranian contractor of government constructions – the $340 million project involved several subcontractors including a state-run Indian company.

While the new extension opens up a strategic transit route from India to Afghanistan and Central Asia – bypassing Pakistan – the Iranian government has reportedly asked India to “manage” or operate the first phase of the port, till the work for the second phase is finalized.

Being Iran’s closest sea link to the Indian Ocean, the Chabahar port is expected to be a rival of Pakistan’s Gwadar Port which the neighboring country has been building with investments from China.

However, downplaying the rivalry during the inauguration, Rouhani said, “This port is also significant from the political point of view given that it connects Iran with its eastern and northern neighbors and at a later stage to European states. We should go after positive competition. We welcome other ports in the region, we welcome Gwadar’s development.”

Earlier last year, the Indian government committed to invest up to $500 million for the development of the Chabahar port and other roads and rail lines associated with it.

Adding more values to the port, the Chabahar port – which is located in Iran’s southeastern Sistan-Baluchestan province – has two docks, an international airport, and Iran’s Navy and Air Force bases.

In a major development towards a better inter-nation relationship, the Indian government last month sent the first consignment of wheat to Afghanistan through the Chabahar Port. Terming the consignment as a gift to the Afghans, External Affairs Minister Sushma Swaraj then said that the country is committed to work closely with its international and regional partners “to bring peace, security, stability and prosperity in Afghanistan”.

Further boosting up the bilateral ties between India and Iran, Swaraj, on her way back from Sochi in Russia, made an unannounced visit to Tehran on saturday, ahead of the inauguration of the first phase of the key port – in which the Iranian government has invested about one billion dollar.