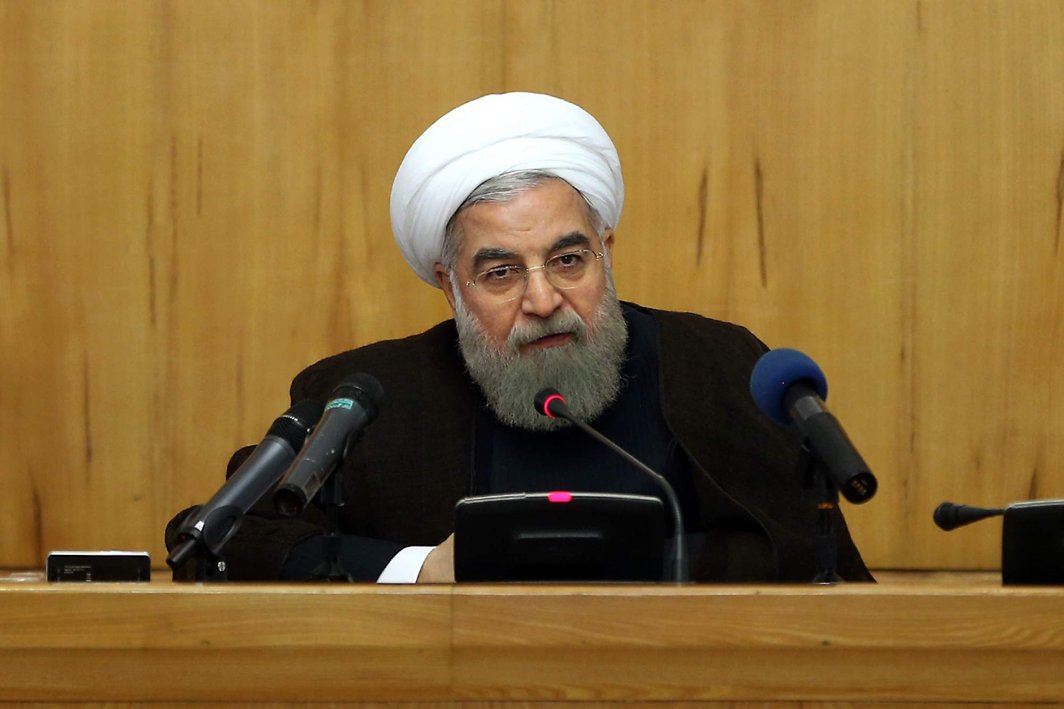 Amidst anti-government protests in various cities in the country, Iran’s President Hassan Rouhani has clearly said that people are completely free to express their criticism of the government or stage protests within the limits of the Constitution and citizenship rights leading to the improvement of the country’s conditions.

While addressing a Cabinet session on Sunday evening President said “We are a free nation and based on the Constitution and citizenship rights, people are completely free to express their criticism and even their protest,” he said.

Rouhani further clarified that people have the right to voice their criticism with regard to all affairs saying, “We believe that the government and the country belong to the people and the people must properly express what they want.”

However, he emphasized that criticism is completely different from violence or inflicting damage on public property.  He said, “We must not allow an atmosphere to be created in the country under which supporters of the revolution and people will be concerned about their lives and security.”

Elsewhere during his address to the cabinet, which was broadcast live on official IRIB TV channels, Rouhani condemned US President Donald Trump’s comments about the ongoing protests.

He said, “This man who today in America wants to sympathize with our people has forgotten that a few months ago he called the Iranian nation terrorist. This person who is against the Iranian nation from head to toe has no right to feel sorry for the people of Iran.”

While talking about the existing national security, peace and coherence, Rouhani said that  unity in Iran were the “biggest assets” of the country in the restive Middle East region and emphasised that people from all faiths  enjoyed peaceful coexistence in the country.

Protests erupted on Thursday in Mashhad, the second largest city and spread in others areas of the country. They were initially organised against the rising prices and unemployment but suddenly converted into anti-government protests. Slogans like “Down with Rouhani”, “Death to dictator” “No to Syria”,  “No to Gaza” and “No to Palestine” were also heard during the protests.

Some observers believe that the political slogans advising Iranian government not to involve in the regional issues: including in fight against terrorism in Syria and Iraq, were indicative of the foreign powers instigating the protests.

Iran has played active role in defeating Daesh (IS) and other terror groups in Syria and Iraq through its military advisors on the ground. Military operations in both the countries were recently halted after achieving success in getting various cities freed from the terrorists.

Meanwhile, AFP reports from Tehran on Monday that new protests were helt overnight despite President Hassan Rouhani calling for calm and vowing more “space for criticism”.

Iran’s Foreign Ministry spokesman, Bahram Qassemi, on Saturday had denounced US “duplicitous and opportunist” support for the protests and condemned the “cheap, worthless and invalid” remarks by US officials.

He further said, “The Iranian people attach no value to the opportunistic remarks by American officials and Trump himself.”

Donald Trump posted his comments on the ongoing protests in Iran.

Big protests in Iran. The people are finally getting wise as to how their money and wealth is being stolen and squandered on terrorism. Looks like they will not take it any longer. The USA is watching very closely for human rights violations!

There were some videos doing rounds on the internet in which it can be seen that some people were seen bursting crackers, dancing and they were also waving Pakistan's flag. The police said that they will rely on CCTV footage and videos to identify the accused.
Read more

Dabur India has now dropped off the ad and released a statement. It read that the Fem's Karwa Chauth campaign has been withdrawn from all social media handles and the brand unconditionally apologises for unintentionally hurting people's sentiments.
Read more