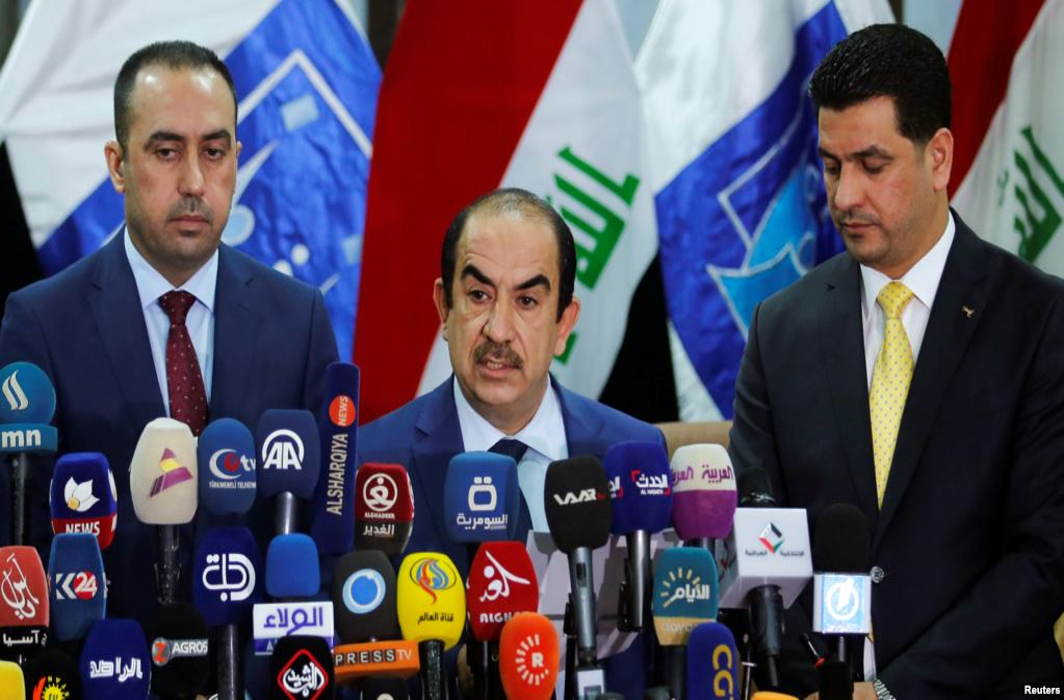 Middle Eastern population has been continuously expressing their anti-foreign intervention feelings through ballot. After giving unprecedented mandate to alliance headed by Hezbollah in Lebanon, Iraqi voters have chosen firebrand Moqtada al-Sadr headed Sa’iroun (Marchers) political block having alliance with communists, as the winner of the country’s parliamentary elections.

Ridah al-Badran, the Chief Electoral Officer announced late Saturday in Baghdad that Sa’iroun alliance has captured 54 parliamentary seats. Sadr himself did not contest the elections. The alliance contested in Iraq’s elections for the first time,

The Conquest Alliance is a new alliance that entered the elections for the first time. It consists of 18 political parties many of which are former factions of the Popular Mobilization Units (PMU) also known by its Arabic name as Hashd al-Sha’abi. PMU played key role in defeating Daesh terrorists last year.  Since the end of confrontation with the terror group the main PMU units have handed over their weapons to the state in order to enter the political process.

Over 7,000 candidates contested for 329 seats in the parliament that will choose a new president, prime minister and government in Iraq. According to electoral commission 44.5 percent of those eligible had cast their ballots. The low turn-out was caused by government’s ban on vehicle movement on the polling day, it was reported.

However, Aljazeera correspondent Osama Bin Jawed reports about triggering protests among Turkman, Arabs and Kurds who have rejected the election results. Kirkuk governor has reportedly alleged rigging through electronic voting machines. Meanwhile, some 81 newly elected MPs have demanded an emergency session to address the grievances.

This was the fourth parliamentary polls since the 2003 US invasion. In the post Saddam era a sharp rise in sectarian tensions and ensuing terror-related violence were witnessed in the country.

Election of new Prime Minister may take longer time because of the efforts to build new alliance with common minimum program and deliberations on foreign policy to be followed by the next government. Shia cleric Muqtada Sadr, who has begged the largest number of seats in the parliament, has been vocal against interference in country’s internal affairs by US or Iran. Sadr has also visited Saudi Arabia in recent months indicating his priority of being closer to Arabs instead of Shia Iran.

The next government will face the huge task of rebuilding a country destroyed by the foreign sponsored Daesh (IS) terrorists and the 2003 US invasion.

Daesh unleashed a campaign of death and destruction in Iraq in 2014, capturing vast swathes of territories in the country. Iraqi army, supported by Mobilization Units, the Iranian military advisors and Hezbollah fighters, launched operations to eliminate Daesh terrorist group and retake the lost territory.

Parliamentary elections were held in Iraq on 12 May. Elections decided 329 members of the Council of Representatives, the country’s unicameral legislature, who in turn will elect the Iraqi President and Prime Minister.

The elections were originally scheduled for September 2017, but were delayed by six months due to civil war with Daesh (IS) which ended in December 2017, with recapture of the remaining territories.