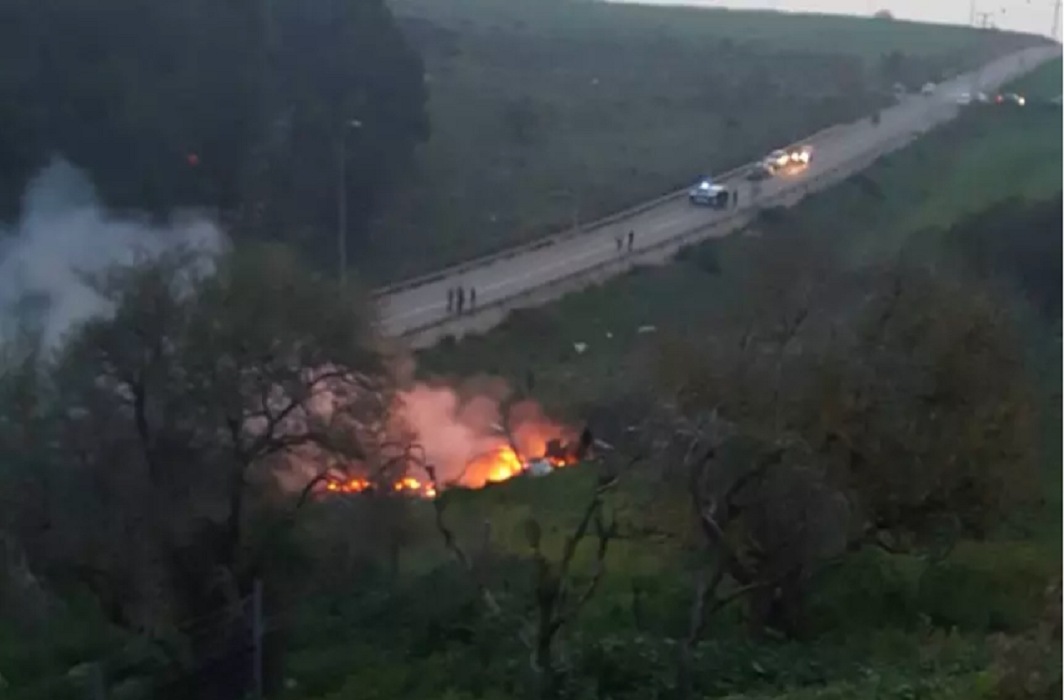 War escalates on Israel-Syria border while PM Modi in Ramallah

Amidst US military’s rising operations in northern Syria, Damascus and Tel Aviv have, on Saturday morning,  claimed of shooting down F-16 Israeli fighter jet and an Iranian drone in Israel. Triggering the conflict in the morning, Syrian military claimed of hitting at least one Israeli F-16 warplane which was involved in attacking positions inside its territory.

Syrian state TV carried a video of the attack showing flames and smoke and quoted military official as saying that Syrian aerial defense had responded to Israeli “aggression” against an army base in the central Syria. The Syrian official claimed of hitting more than on Israeli aircraft.

Israel’s leading daily Haaretz reports that Syrian anti-aircraft missiles targeted an Israeli F-16, prompting the pilots to eject. “The plane went down in northern Israel. The pilots were taken to the hospital in stable condition,” it said. One of the pilots was in serious condition, it adds.

After the Syrian attack on Israeli F-16 warplane, Israeli army claimed that it “intercepted an Iranian drone launched from Syria into Israeli territory.” It further said that in response to the “provocation, the IDF attacked Iranian targets in Syria”.

Quoting official sources in Tel Aviv, Haaretz said that since the incidents began PM Benjamin Netanyahu has been holding security consultations and approving the necessary actions in real time. Members of the Israeli cabinet have been briefed on the details.

The escalation on the Syria-Israel theatre took place when Prime Minister Narendra Modi is meeting Palestinian President Mehmoud Abbas in Ramallah at a working lunch. Both countries are also signing few agreements, including Indian assistance in building super specialty hospital in Ramallah.