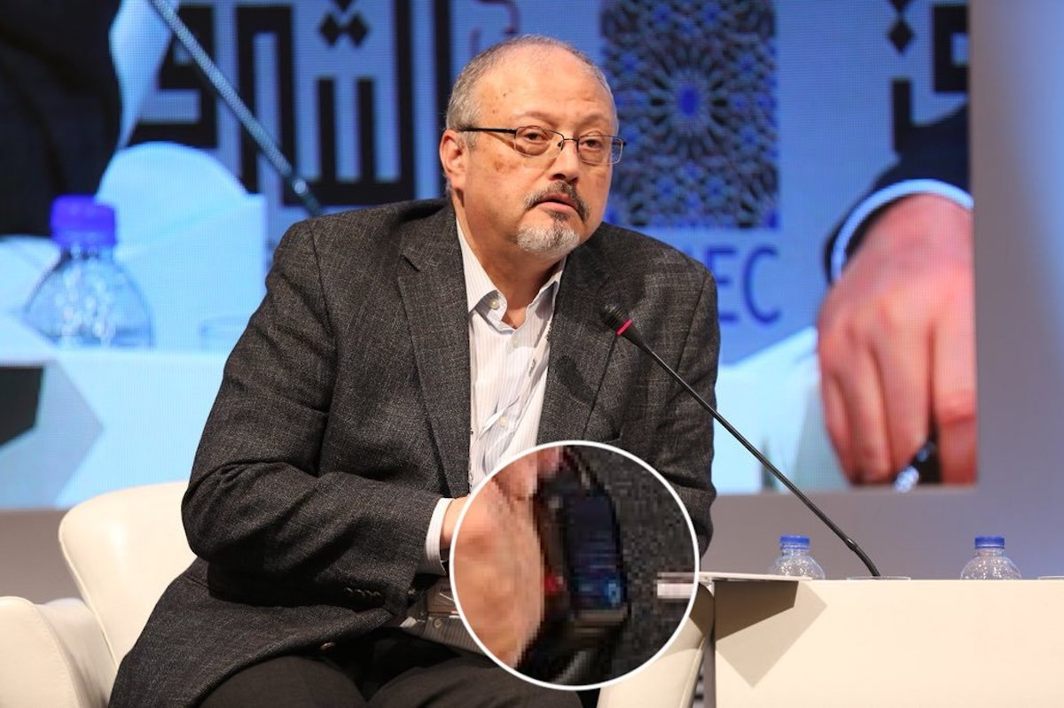 In a major development Turkish authorities have claimed of obtaining audio and video recordings proving that Saudi dissident journalist Jamal Khashoggi was interrogated, tortured and killed in the Saudi consulate where he was last seen on October 2.

Sabah, a Turkish daily said on Saturday, “The moments when Khashoggi was interrogated, tortured and murdered were recorded in the Apple Watch’s memory.”  The watch was synced with his mobile phone which he had left with his fiancée Hettis Cengiz waiting outside the consulate.

On Thursday, he reportedly reacted to some of the senators who are demanding the cancellation of the defence deal, saying “I know they’re talking about different kinds of sanctions, but they’re spending $110 billion on military equipment and on things that create jobs, like jobs and others, for this country. I don’t like the concept of stopping an investment of $110 billion into the United States. Because, you know what they’re going to do? They’re going to take that money and spend it in Russia or China, or someplace else.”

However, in a related development Saudi Arabia has not extended permission to Turkish police to enter into the Consulate building, which was earlier committed by Saudi Crown Prince Mohammed Bin Salman.

Instead, due to some obvious behind the scene development, Turkey has accepted Saudi proposal of having joint team of investigators. A delegation from Saudi Arabia has arrived in Istanbul for the proposed joint investigation into Khashoggi’s disappearance.

Previously, two senior Turkish officials told that the ill-fated journalist had been wearing a black Apple watch when he entered the consulate.

However, the Turkish daily say that it was not clear whether data from Khashoggi’s watch could have been transmitted to his phone outside, or how investigators could have retrieved it without obtaining the watch.

The daily which cited “reliable sources in a special intelligence department” for its report, said Khashoggi was believed to have turned on the recording feature on the phone before entering the consulate. He went to the consulate for obtaining some document before marrying his fiancée in Istanbul.

It is reported that Saudi intelligence agents, who especially flew in for the operation, had realised after Khashoggi died that the phone was recording and they used his finger print to unlock it, deleting some files, but not all of them.

Turkish security sources, speaking on condition of anonymity, said the initial assessment of the police was that Khashoggi had been deliberately killed inside the consulate.

On Friday, Saudi Arabia’s interior minister Prince Abdulaziz bin Saud bin Naif condemned the “lies and baseless allegations” against the kingdom, although he praised the joint investigation with Turkey.