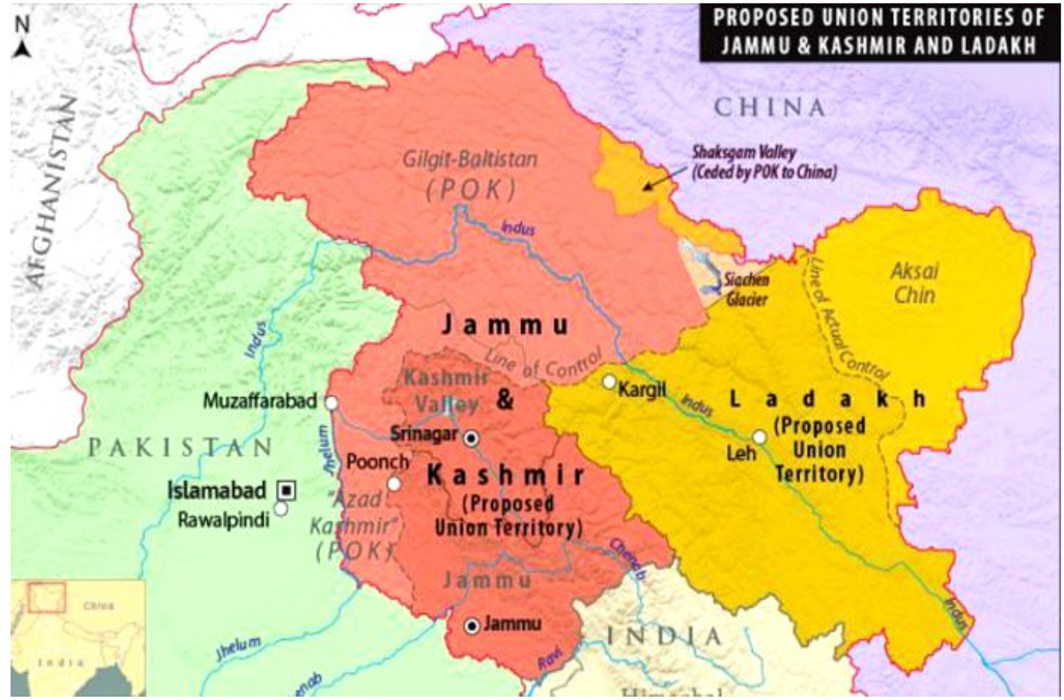 The Narendra Modi government has formed a Group of Ministers (GoM) to look into development, economic and social issues in the Union Territories of Jammu and Kashmir and Ladakh, that will come into existence on October 31, media reports said today (Wednesday, Aug 28).

The group will suggest various development, economic and social steps to be taken for the two UTs, sources said.

Some reports said the GoM has already met twice to discuss the development of Kashmir and its youth.Another media report said the GoM will hold its first meeting in the first week of September.

The group is expected to submit a report by October 30 – aday before the Union Territory status of Jammu and Kashmir and Ladakh comes into effect.

It could be the basis of the economic package that is expected to be announced by the Prime Minister.

According to media reports, “A group of ministers has been constituted for Kashmir. Union ministers Ravi Shankar Prasad, Thawar Chand Gehlot, Jitender Singh, Narendra Tomar and Dharmendra Pradhan are part of the GoM.” The committee will be chaired by Union Minister Ravi Shankar Prasad.

The GoM has been tasked with the preparation of a blueprint on the proposed development of Jammu and Kashmir after the abrogation of its special status under Article 370.

Ravi Shankar Prasad’s Law Ministry and Information Technology Ministry, Thawar Chand Gehlot’s Social Justice and Empowerment Ministry, Narendra Tomar’s Agriculture & Farmers Welfare Ministry and Ministry of Rural Development along with Dharmendra Pradhan’s Petroleum & Natural Gas Ministry and Steel Ministry has been asked to prepare a proposal on how each of these departments can contribute towards J&K’s development.

While announcing the sweeping move on Jammu and Kashmir in parliament on August 5, Home Minister Amit Shah had said this will pave the way to the government’s development plans for Jammu and Kashmir.

According to one report, the GoM has already met twice and skill development of youth will be one of the key focus areas of this group.

On Tuesday, secretaries of at least 15 central ministries and departments met to discuss ways to carry forward the process of bifurcation of Jammu and Kashmir into UTs and bring back normalcy as early as possible.

The meeting assessed the implementation of central schemes in Jammu and Kashmir and initiatives to be taken to expedite return of normalcy, said reports quoting a home ministry official.

Development programmes and division of assets and manpower were the key areas of discussion in Tuesday’s meeting, the official reportedly said.

The meeting also discussed measures to be taken for stocking essential commodities, particularly in the Ladakh region, before the onset of the winter, the official was reported to have said.

Meanwhile, the Supreme Court today referred a batch of petitions challenging the changes in Jammu and Kashmir’s constitutional status to a five-judge Constitution bench.The apex court, which said the petitions will be listed for hearing in the first week of October, also issued notices to the Centre and the Jammu and Kashmir administration on the batch of pleas challenging the presidential order abrogating Article 370 of the Constitution.