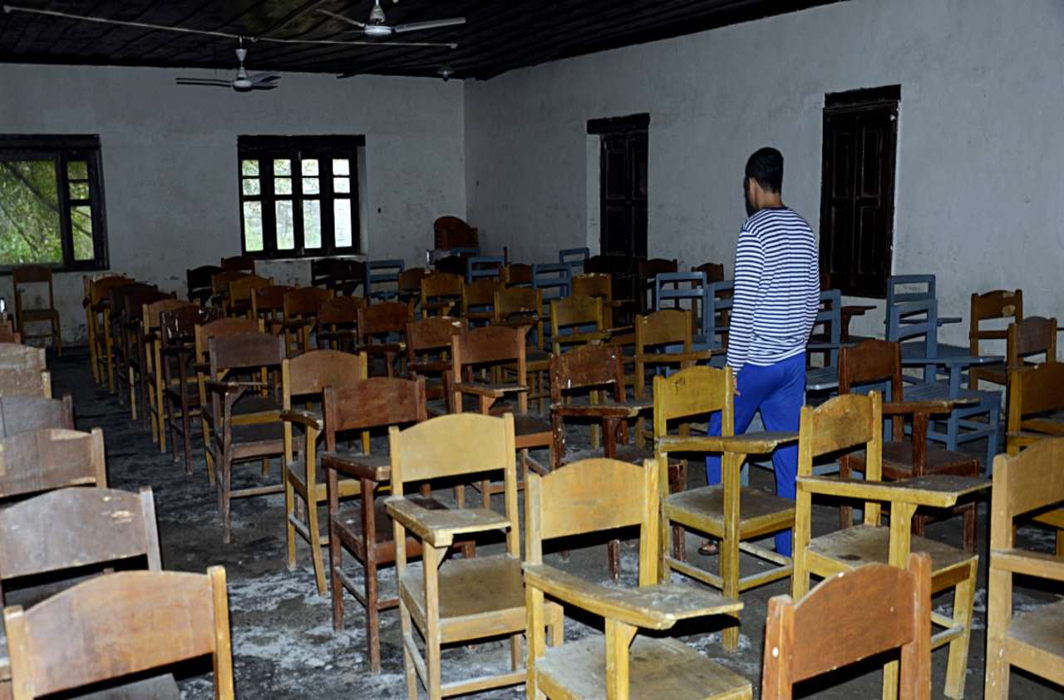 Some of the schools – less than one-fourth, according to a report – re-opened in Srinagar today (Monday, Aug 19) along with several others in the rest of Jammu and Kashmir.

Students’ attendance was thin, and all private schools remained shut for the 15th consecutive day over apprehensions about security situation. Only Police Public School at Bemina and a few Kendriya Vidyalayas saw a handful of students turning up, PTI reported.

According to an NDTV report, restrictions were back in parts of Srinagar after clashes overnight and internet and mobile phones in parts of Jammu had been blocked again amid concerns about the spread of rumours.

The report quoted J&K principal secretary Rohit Kansal as saying that restrictions would be relaxed for longer hours after an assessment of the situation. He admitted that two or three incidents had taken place but he added that only two were injured.

Officials in Baramulla district said schools in five towns remained closed while schools were opened in the rest of the district, according to reports.

A senior Srinagar district official said a few schools on the periphery were opened but in the old city and in civil lines areas, they remained shut due to violence over the past two days.

Authorities had planned to open schools up to primary level and make all government offices functional from Monday.

Markets in the Valley were shut while public transport remained off roads. The movement of private vehicles in the city increased after restrictions were eased.

On Sunday, barring a few areas, the communications blackout continued across most parts of the Valley.

While fixed-line telephone connections in some areas of Srinagar and other parts of the Valley including tourist resorts were restored, major telephone exchanges in the region remain shut. In Jammu, mobile Internet services in five of ten districts were suspended again, 24 hours after being restored.

The state has remained under an unprecedented communications blackout since August 5, when the Centre moved to end the special status of the state and bifurcated J&K into two Union Territories.

Hundreds of politicians, including former chief ministers Omar Abdullah and Mehbooba Mufti, remain in custody. Yesterday, an AFP report citing government officials said yesterday that at least 4,000 people were arrested and held under the Public Safety Act (PSA) in Kashmir over fears of outbreaks of unrest after the BJP government stripped of the special status to the State two weeks ago.

“Most of them were flown out of Kashmir because prisons here have run out of capacity,” the report quoted a magistrate as saying. The report said the officer told AFP that he had used a satellite phone allocated to him to collate the figures from colleagues across the State amid a communications blackout imposed by authorities.

The government’s main argument has been that the curbs were intended to prevent loss of lives. K Vijaya Kumar, the adviser to Jammu and Kashmir governor Satya Pal Malik, told NDTV, “In 2010, around 110 people died. This time, we were sure we wanted to save as many lives as possible.”

Asked about restrictions that prevented many from celebrating Eid last week, he said: “There were greater restrictions in 2016. Wherever the bigger congregations were likely, we restricted them.”

He also said landlines had been restored in two-thirds of the Kashmir Valley and it will touch 100 per cent soon, adding that the government’s priority was to prevent the spread of fake news.