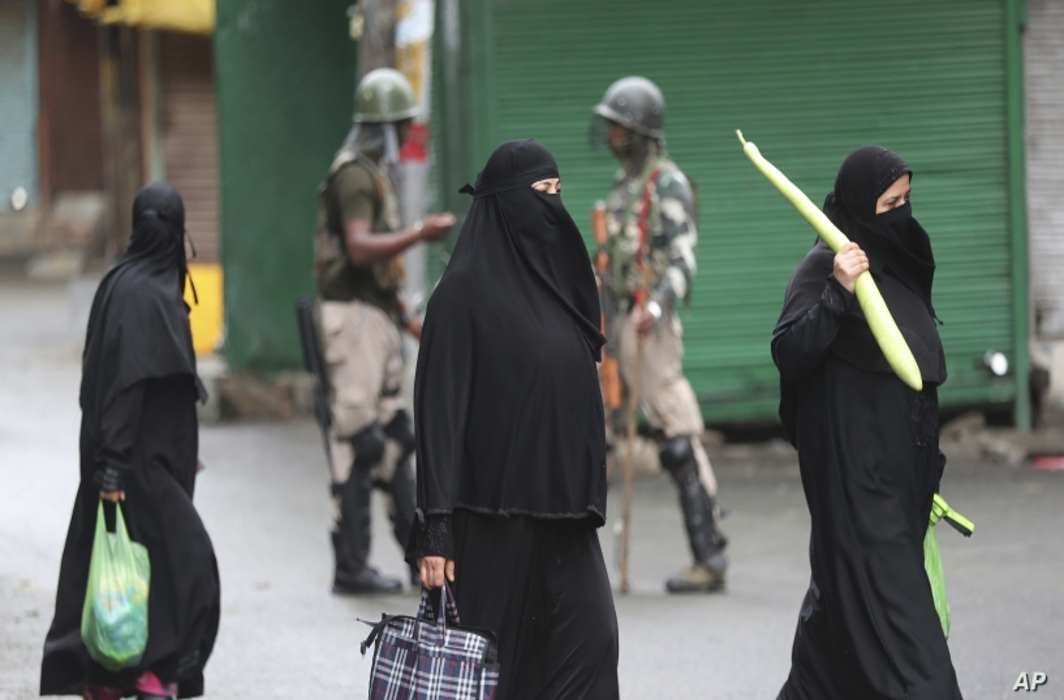 Prohibitory orders imposing wide-ranging restrictions on movement and communication will continue in parts of Kashmir for some time but have been lifted completely in Jammu region, said media reports the government said today (Wednesday, Aug 14).

The situation in Jammu and Kashmir is under control and that there have been no major injuries to anyone, said reports quoting the officer. The announcement comes a day after the Union Home Ministry said that “The restrictions in #JammuKashmir are being eased out in a phased manner in the Valley and the situation in the Jammu division has been restored after assessment by relevant local authorities.”

J&K has been under an unprecedented security cover and prohibitory orders banning large gatherings since August 4 – a day before the government announced withdrawal of special status for the state and its bifurcation it into two union territories.

As part of a complete communications blackout, phone services and internet connections remain suspended. Top officials are using satellite phones to communicate. More than 50,000 security personnel are on streets.

Almost 400 political leaders of the Kashmir Valley, including two former Chief Ministers Omar Abdullah and Mehbooba Mufti, are under detention.

“Restrictions imposed in Jammu have been completely removed. They will continue in some places of Kashmir for sometime,” said Additional Director General of Police Munir Khan at a press conference in Srinagar.

There have been only a few pellet injuries that have been treated, he said. The officer said the main focus at the moment is to ensure peaceful Independence Day celebrations across the state.

He said his message to Kashmir would be to “celebrate 15th August with high fervour”. The officer also added that the main focus currently is to ensure peaceful Independence Day celebrations across the state. “Our biggest endeavour is to ensure there is no civilian casualty,” Khan told reporters.

Asked about the number of people detained, Khan said he would not talk about individuals. “In a law and order situation like this, there are different kinds of detention… preventive detention to ensure the established miscreants do not vitiate the peaceful atmosphere… so you have to take preventive steps,” he said.

J&K Principal Secretary Rohit Kansal, who also addressed the media, said the overall situation remained calm in the state. “Further relaxations in prohibitory orders have been given in a large number of areas, including in Srinagar, and these relaxations will continue to be given till this afternoon,” he said.

On all other fronts — civil supplies, national highways, airport, medical facilities — the situation was normal, Kansal said.  “Local authorities, as before, are keeping a close watch on the situation and offering relaxations wherever the situation warrants it,” he said.

The Supreme Court, which heard a petition against the lockdown on Tuesday, said the situation is “sensitive” and the government should be given more time to resolve it.

Meanwhile, the government, which had earlier slammed foreign media, especially BBC, for reports on a large-scale protest in Srinagar, conceded that there had been some unrest. The MHA spokesperson tweeted about “Stories in media on a said incident in Soura region of #Srinagar” to say: “On 09/08, miscreants mingled with people returning home after prayers at a local mosque. They resorted to unprovoked stone pelting against law enforcement forces to cause widespread unrest.”

“Law enforcement authorities showed restraint and tried to maintain law & order situation. It is reiterated that no bullets have been fired in #JammuAndKashmir since the development related to #Article370,” the MHA spokesperson added.

Restrictions have been imposed on a number of occasions earlier — even during auspicious occasions such as Eid for apprehensions about breach of peace.

Eid-al-Adha or Bakrid had passed peacefully in Jammu and Kashmir on Monday, barring a few sporadic incidents, the government had said. But the mood was subdued as the streets of Srinagar remained deserted under the watchful eyes of the security personnel.