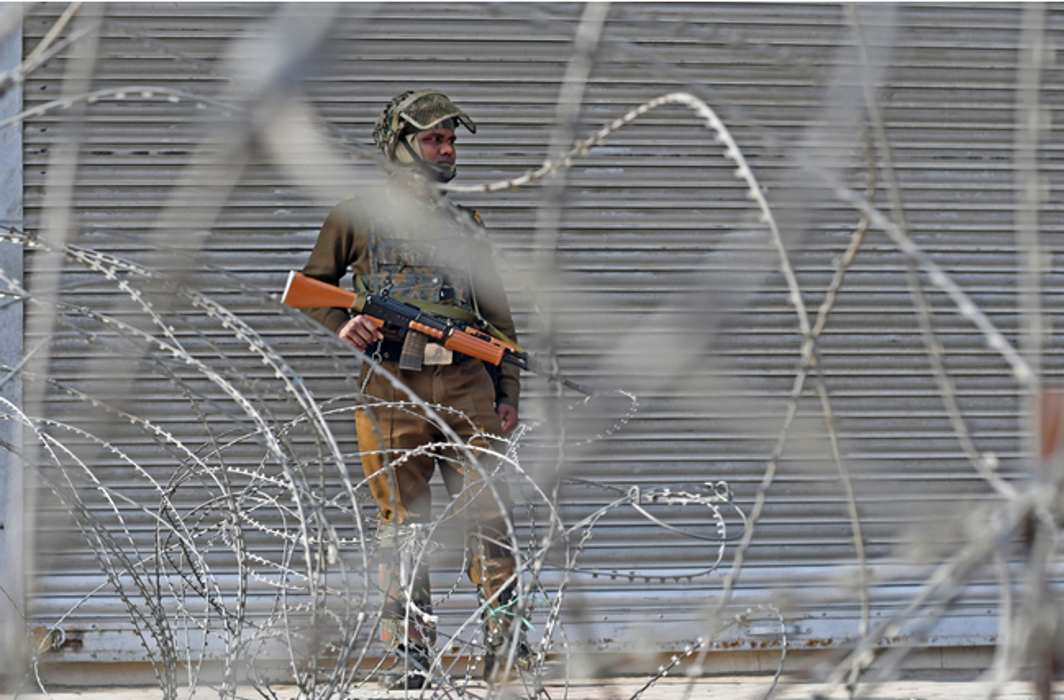 Hearing a plea challenging the Centre’s decision to impose restrictions and “other regressive measures” in Jammu and Kashmir, the Supreme Court today (Tuesday, Aug 13) refused to pass immediate orders saying the government needs to be given reasonable time to ensure normalcy in the state.

The court said it will take up the matter after two weeks.

Separately, the court agreed for urgent hearing of the Kashmir Times editor’s petition seeking removal of restrictions on the media in Jammu and Kashmir after scrapping of provisions of Article 370. (See below)

A three-judge bench headed by Justice Arun Mishra and also comprising Justices MR Shah and Ajay Rastogi, heard a petition filed by activist Tehseen Poonawalla on the Centre’s decision to impose restrictions and “other regressive measures” in Jammu and Kashmir following the revocation of the provisions of Article 370, seeking lifting of restrictions on media and other modes of communication, including mobile Internet and landline services in the state.

The bench said the present situation in Jammu and Kashmir was “very sensitive” and the Centre should be given reasonable time to ensure normalcy in the state and that the court must get an idea of the real picture before any order can be passed. “Every pros and cons has to be considered in a matter like this. Who will be responsible if something really bad happens tomorrow? Govt would also want normalcy as soon as possible”, the court said.

The top court said it was too early for it to intervene and that it was against playing the role of a day-to-day administrator. “The court cannot be interfering in day-to-day administration. This is a serious situation,” the SC observed in between the arguments made by the petitioner’s counsel and the government.

However, the court felt in the absence of facts it was not possible to issue any orders.

“We are with you on life and liberty. Situation is such that we should have a real picture. This court is not posted with the details. Let us wait for some time,” the Supreme Court said.

The bench also said that it should be ensured that there is no loss of life there, adding it will take up the case again in two weeks.

The state has been in lockdown since August 5, the day the Centre scrapped the special status to the state granted by Article 370, and split it into two Union Territories.

The petitioner  has not expressed an opinion on the amendment to Article 370 but objected to measures adopted by the government, including the snapping of communication and restrictions imposed on media Jammu and Kashmir. He has sought the setting up of a judicial commission to enquire into the government action and also the release of leaders including former chief ministers Omar Abdullah and Mehbooba Mufti.“The inhabitants of J&K are suffering on account of unwarranted imposition of curfew and/or restrictions under Section 144,” he said.

Representing the Centre, Attorney General KK Venugopal said the government was monitoring the situation in the state on a day-to-day basis. “We expect it will be settled soon,” he told the court.

The Attorney General pointed out that the lockdown has been the way to maintain law and order with the “least inconvenience”.

“In July 2016, we had a similar situation when three terrorists (including Burhan Wani) were killed. People came to the roads. At that time, internet was cut… More than 40 people died. Now, now not a single person is dead,” he added.

Yesterday, the government said Eid-al-Adha had passed peacefully in Jammu and Kashmir, barring a few sporadic incidents.  But the mood was subdued as the streets of Srinagar remained deserted under the watchful eyes of the security personnel. The restriction measures, which had been lifted for a day, were back on Sunday morning.

The Supreme Court on Tuesday asked Anuradha Bhasin, Editor of Kashmir Times, to hand over a memo to the apex court registrar for urgent listing of her plea seeking removal of restrictions on the media in Jammu and Kashmir after scrapping of provisions of Article 370.

A bench headed by Justice Arun Mishra told advocate Vrinda Grover, appearing for Bhasin, “you hand over the memo to the registrar and he will look into it”.

Grover told the bench that Bhasin is an editor of a leading daily in Kashmir and there has been a complete lockdown in the Valley due to which journalists are unable to work.

Bhasin’s newspaper is published from Jammu and Srinagar. The petition described the ground situation as that of “absolute and complete internet and telecommunication shutdown, severe restrictions on mobility and sweeping curtailment on information-sharing in the Kashmir Valley, at a time when significant political and constitutional changes are being undertaken in Delhi to the status of J&K”.

Bhasin said the information blackout was “fuelling anxiety, panic, alarm, insecurity and fear among the residents of Kashmir”.

The severe curbs on the movement of photo journalists and reporters should be immediately relaxed in order to ensure the freedom of the press and media. Restrictions were curbing the rights of journalists under the provisions of Articles 14 and 19 of the Constitution and the right to know the conditions of residents of Kashmir Valley, she said.

“From August 4, 2019 onwards, mobile phone networks, internet services, and landline phone connectivity were all discontinued and shut down, leaving Kashmir and some districts in Jammu completely isolated and cut off from all possible modes of communication and information. The communication blockade and strict restrictions on movement of journalists resulted in a virtual blackout, and media reporting and publishing is grievously impacted,” she submitted.