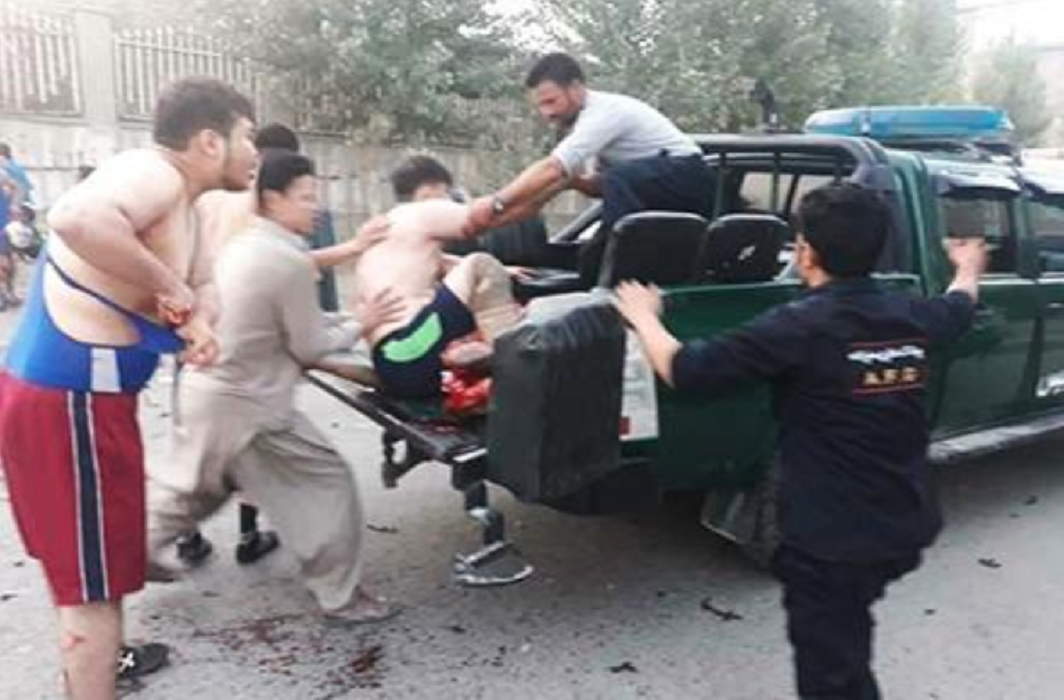 The UN Assistance Mission in Afghanistan (UNAMA) has condemned Wednesday night’s twin bombings killing 22 civilians and wounding 75 others at a Kabul sports centre. Two journalists of Tolo News were among the killed.

The blasts took place in Dasht-e-Barchi neighbourhood, home ot large number of Shia Muslim Hazara ethnic minority. No group has taken responsibility so far, however, the neighbourhood was target of Daesh (IS) terrorists earlier as well.

Kabul based Tolo News reports that the first of two explosions happened just after 6pm when a suicide bomber detonated his explosives inside the wrestling gym. An hour later a car bomb was triggered while first responders were attending the scene.

During the second bomb explosion two journalists from the TOLO news – Samim Faramarz and Ramiz Ahmadi were among the killed. Several other reporters were injured.

Tadamichi Yamamoto, the UN Secretary-General’s Special Representative for Afghanistan said, “This latest cynical act of terror targeting ordinary citizens of Kabul, along with first responders and journalists, is deeply shocking. We join Afghans in expressing our revulsion at such a callous attack.”

UNAMA said it “has documented a pattern of attacks deliberately carried out against this community in past years, the latest of which occurred on 15 August at an education centre in the same neighbourhood. As the Shi’a Muslim community prepares to commemorate Ashura in coming days, immediate and long term security measures need to be commensurate with the continued risks this community is facing”.

The Muharram, the first month of Islamic calendar, is beginning early next week when Shias throughout the world will commemorate the martyrdom of Imam Hussain, the grandson of Prophet Muhammad, and his family members and companions.

Moreover, UNAMA has also expressed its deep concern over the heavy price paid by the Afghan media, with the killing of journalists in Afghanistan being among the highest in the world.

Foriegn Secretary Harsh Vardhan Shringla on Monday briefed the envoys of US, Russia, France and Japan on the planned terror attack by...
Read more

Despite still not having conceded to his loss in the November 3 presidential election, US President Donald Trump on Monday gave a...
Read more