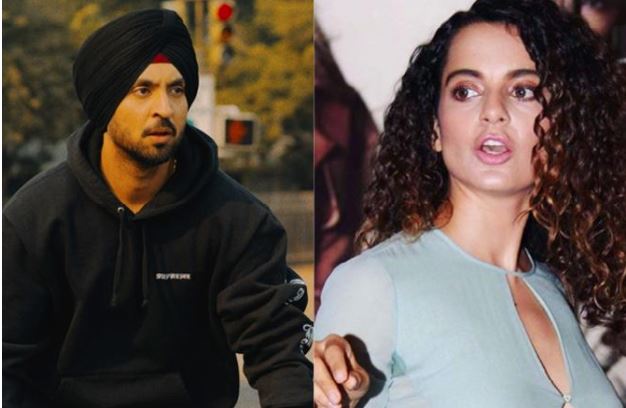 A war of words has begun between Kangana Ranaut and Punjabi singer Diljit Dosanjh after the latter took to Twitter to slam one of Ranaut’s tweets for misidentifying an elderly Sikh woman who was seen at ongoing farmers’ protest as Bilkis Bano of Shaheen Bagh. Dosanjh slammed Kangana and posted a video of the elderly lady in question and said it was Mahinder Kaur and not Bilkis Bano as claimed by the Queen actor.

Earlier, Kangana had posted a tweet in which she said the same dadi who protested in Shaheen Bagh was now seen at farmers’ protest. She said the lady who had featured in Time magazine was available for Rs 100. She said Pakistan journalists had hijacked international PR for India in an embarrassing way. She said Indian should speak up for the country internationally. The tweet was later deleted by Kangana. Slamming the actor’s tweet, Dosanjh posted a video of the elderly woman in which she expressed her anguish over being misidentified. He said the actor should not be too blind to say anything.

Slamming Diljit Dosanjh, Kangana termed the Punjabi singer as Karan Johar’s pet, which did not go down well with him. Dosanjh hit back at Ranaut and called her mannerless. He asked if Ranaut was pet of all the filmmakers she has worked with. He added if this was the case, the list of her owners must be too long. Dosanjh said the actor was pro at manipulating with emotions of people, but this was Punjab and not Bollywood.

Kangana is not new to controversy and often makes headlines due to the nature of stuff she posts on her social media accounts. Earlier the actor and her sister Rangoli Chandel were summoned by the Mumbai Police for recording their statements with regard to a sedition case filed against them for promoting enmity between different communities.

Congress leader Rahul Gandhi and Priyanka Gandhi Vadra on Friday protested outside Delhi Lieutenant Governor Anil Baijal's residence in solidarity with the protesting farmers who have been camped at Delhi borders from the last 50 days against the centre's farm laws.
Read more
Load more