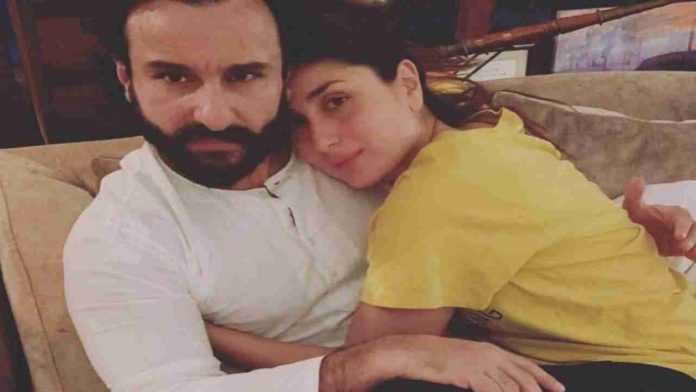 Bollywood’s power couple Kareena Kapoor Khan and Saif Ali Khan are celebrating their 9th wedding anniversary today, October 16. Despite their 10 years of the age gap, the couple has left no stones unturned to woo their fans with their sizzling chemistry. It was in 2008 when Saif and Kareena fell head over heels for each other while shooting for their film Tashan.

Cut to 2021, their married life has set an example for happily ever after for millions of their fans.

On the special occasion, wifey Kareena Kapoor Khan wished her man Saif Ali Khan and shared a throwback picture from Greece. The Jab We Met actor shared the picture on her Instagram handle. In the picture, Kareena can be seen keeping her arm across Saif while the couple enjoys their soup.

The 41-years-old actor wished Saif and wrote that there was a bowl of soup and them once upon a time in Greece and it changed her life. She also tagged her husband as the most handsome man in the world.

For those who don’t know, Kareena met Saif and worked with him in blockbuster films like LOC Kargil (2003) and Omkara (2006). The couple fell in love while filming Tashan in 2018. Later, they have appeared together in films like Agent Vinod (2012) and Kurbaan (2009).

Last month, Kareena and Saif celebrated their birthdays along with Taimur and Jeh on the exotic island, Maldives. On her 41st birthday, Kareena treated her fans with an adorable picture from the celebration. It seems like a perfect family picture and her la Familia could be seen walking by the beach and a Happy Birthday tag was lit near the shore.

Earlier, on Saif Ali Khan’s 51st birthday, Kareena shared a perfect family picture on Instagram in which the Nawab family could be seen enjoying and posing by the beach.