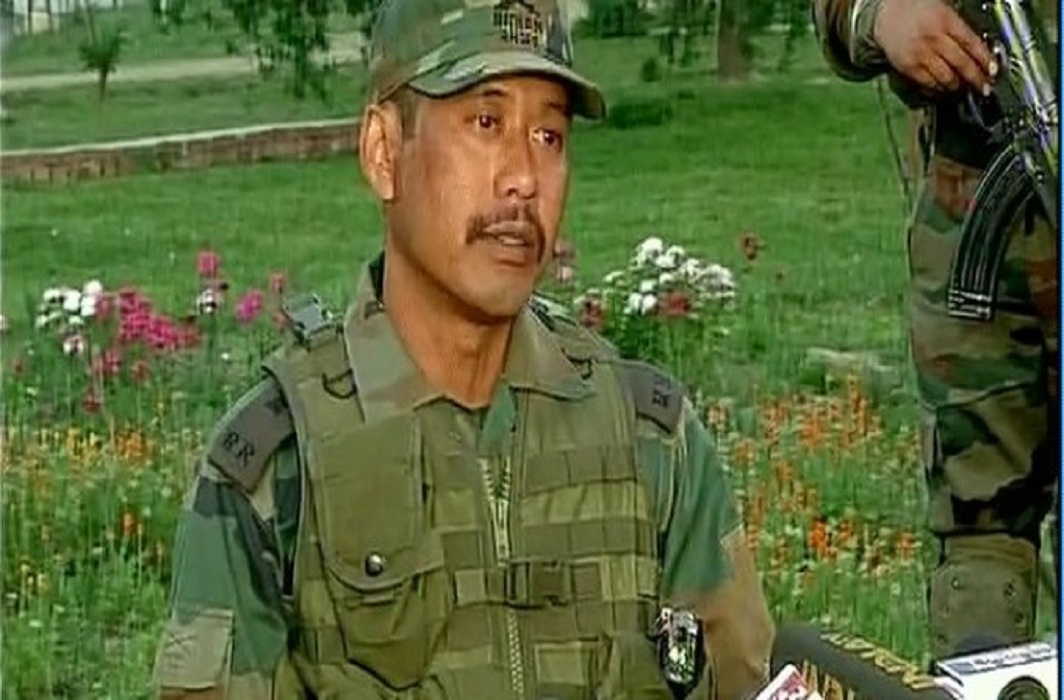 Major Gogoi, who had tied Farooq Ahmad Dar on the bonnet of army jeep as a shield against mob during Kahmir by-polls in April, said that Dar was initially standing 30 metres away from the jeep among the mob.

Major Leetul Gogoi, who tied a Kashmiri civilian to his army jeep allegedly to evade a stone pelting mob, told media on Tuesday that he had caught the man upon realizing he was instigating the mob. Trying to defend his action, Gogoi said, “I have not fired a bullet, not beaten up anyone… there was no collateral damage. From my point of view I have not violated anything… We are here to help the people. The Army is here for common people, against those with weapons and those who fight against nation.”

Major Gogoi, who had tied Farooq Ahmad Dar on the bonnet of army jeep during Jammu and Kashmir by-polls in April, said that Dar was initially standing 30 metres away from the jeep among the mob.

“I immediately told my boys (colleagues) to catch hold of him. He was instigating the crowd and might have been the ringleader,” the Major said.

“When he saw us, he started running towards the crowd and got on his bike. Somehow, we caught him,” he recalled. Gogoi, who was awarded the Army Chief Commendation Card for sustained efforts in counter-insurgency operations on Monday, drew flak for his action when the video of Dar went viral on social media.

Terming the then situation as “do-or-die situation”, Major Gogoi said his spur-of-the-moment decision was “not wrong for me, my organisation or my country”. . “If I hadn’t done that, at least 12 or more lives could have been lost… Had I fired, there would have been casualties,” Gogoi said. The Major described an extremely fraught situation outside the polling booth. “Over 1,200 people had surrounded the polling station and were trying to burn it down with petrol bombs. People were pelting stones from all sides, even women and children, and even people from roof tops,” he added.