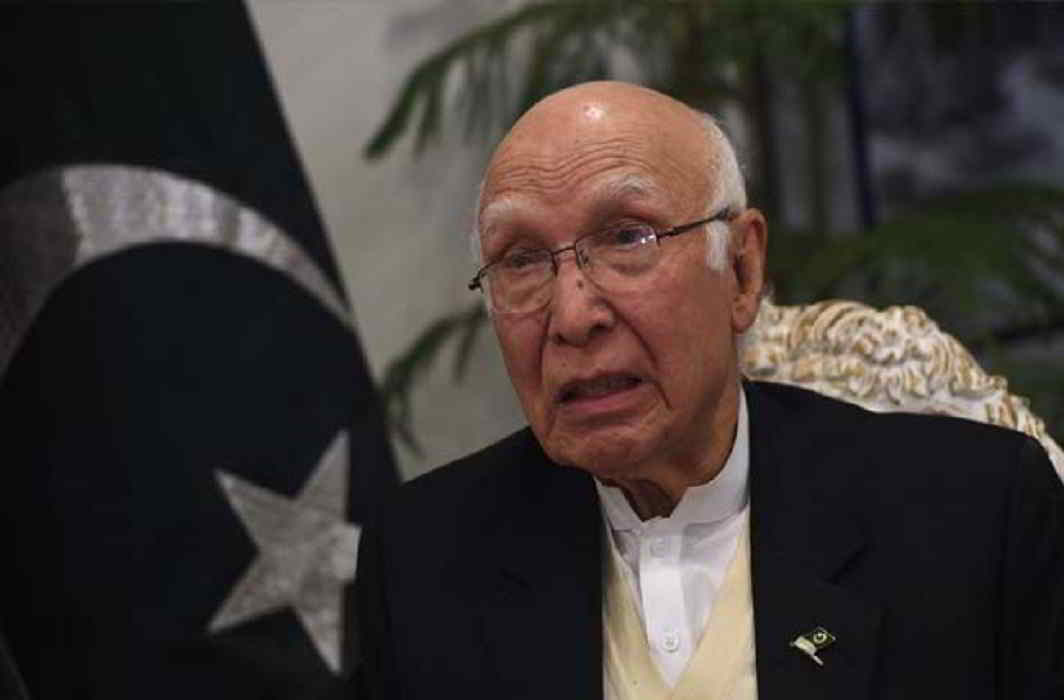 The International Court of Justice on Thursday stayed the death sentence of Jadhav, who has been behind bars since last year.

Sartaj Aziz, the Pakistan prime minister’s foreign affairs adviser, said on Saturday that the International Court of Justice (ICJ) has only stayed Indian national Kulbhushan Jadhav’s execution but not given any order to give consular access to him.

He said Pakistan did not get much time for the ICJ trial, but added it will strengthen its legal team for the next time.

In a remarkable victory for India, the International Court on Thursday stayed the death sentence of Jadhav, who have been behind bars in Pakistan for alleged espionage. The United Nation’s judicial body ordered Islamabad to put off the sentence until the case is heard in the court.

Jadhav, a former Indian Navy official, was sentenced to death by a military court martial last month. India has argued since that the sentence is in violation of the Vienna convention and accused Pakistan of not giving consular access to Jadhav to apprise him of his rights.

In its verdict, the ICJ said there is the possibility of “irrevocable prejudice” to the rights of Jadhav and asked Pakistan to give India full consular access to the prisoner. India had expressed its fear that Jadhav could be executed even while the ICJ hearing was going on.

“Without prejudging the result, the ICJ considers that the risk or irreparable prejudice, the mere fact that Jadhav is under such a sentence and might be executed, is sufficient to demonstrate such a risk. There is considerable uncertainty as to when decision on any appeal is rendered or when Jadhav will be executed,” said Ronny Abraham, ICJ president judge.

It also said that Pakistan cannot execute Jadhav until it makes a final decision on the subject and added that it has jurisdiction superceding a 2008 agreement between India and Pakistan.