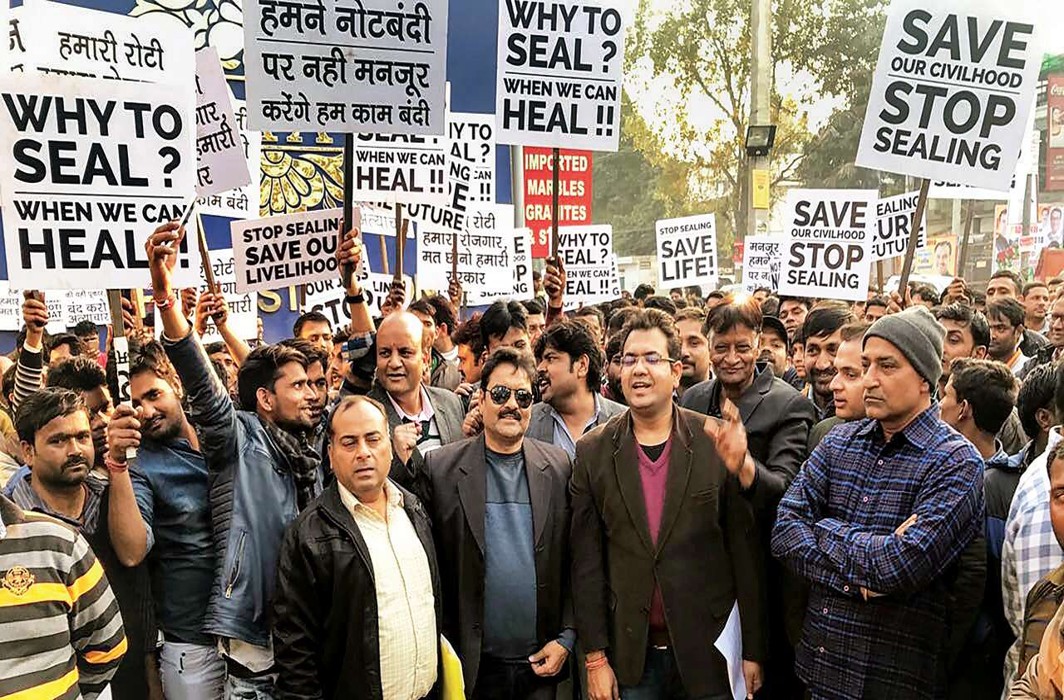 Lakhs of shops in major markets of Delhi stayed shut on Wednesday, March 28 due to traders’ protest against the ongoing sealing drive in the city.

Traders held a rally at the Ramlila Maidan, asking the government to save their businesses. This was the third major protest rally in as many months against the sealing drive.

The rally was organised by the Confederation of All India Traders (CAIT) and the All Delhi Traders and Workers Association.Traders in large numbers, accompanied by their family members, participated in the rally, alleging that their livelihoods are badly hit by the sealing drive.

Praveen Khandelwal, CAIT general secretary, said traders across the city also made their kids skip schools today. He said that the sealing drive has affected the lives of 40 lakh people.

Commuters, too, had a tough time getting to their destinations with the rally leading to congestion on the roads and massive traffic chaos was reported from various parts of the city.

The sealing drive in Delhi is being carried out by the three BJP-led municipal corporations at the behest of Supreme Court-appointed Monitoring Committee for violating the Master Plan of Delhi. Authorities are cracking down against businesses using residential areas for commercial purposes without paying charges, said an Indian Express report.

Major political parties, including the city’s ruling AAP and the opposition BJP and Congress, have demanded a moratorium on sealing.

Earlier this week, in a bid to provide some relief to traders, the Delhi government had submitted to the top court that 351 city roads have been put under the commercial and mixed-use categories. The AAP government had also submitted a notification in this regard.

The decision will come into force only after the court’s approval, say media reports.