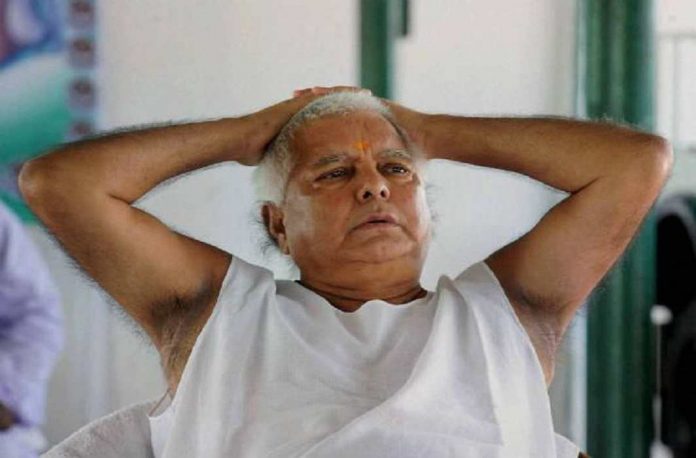 In a big blow to Rashtriya Janata Dal ahead of the third phase of polling and counting day, party leader Lalu Prasad Yadav’s bail plea on Friday was deferred till November 27 by Jharkhand High Court in the fodder scam case.  The party was hoping Yadav will be out from the jail the same day the results for Bihar assembly elections 2020 are announced.

Speaking to media after Jharkhand High Court’s order, Yadav’s lawyer Prabhat Kumar said that the RJD leader had served more than half of his jail term and hence they had applied for the bail. He added that the bail was not granted since the Central Bureau of Investigation deliberately did not file the counter affidavit. He informed that the HC has directed the investigation agency to file it by November 23 so that the next hearing can take place on November 27.

This is the first time that the party is fighting the election without campaigning by the party patriarch who is known for his unique style of speaking and enjoys a mass following despite his tainted image. The party is fighting the election in alliance with Left and Indian National Congress with Tejashwi Yadav being the chief minister face if it comes to power in the state. Yadav Sr has been part of each campaign for the RJD since becoming the member of Parliament in 1977.

National Democratic Alliance, which is looking at another term in the state, has hit out at RJD’s rule several times terming it as Jungle Raaj when booths used to be captured and people were not allowed to vote for the candidate of their choice.

Yadav has been in jail since January 2018 in various cases related to the fodder scam. The RJD leader has not been keeping well and is under treatment at Jharkhand’s Rajendra Institute of Medical Sciences.