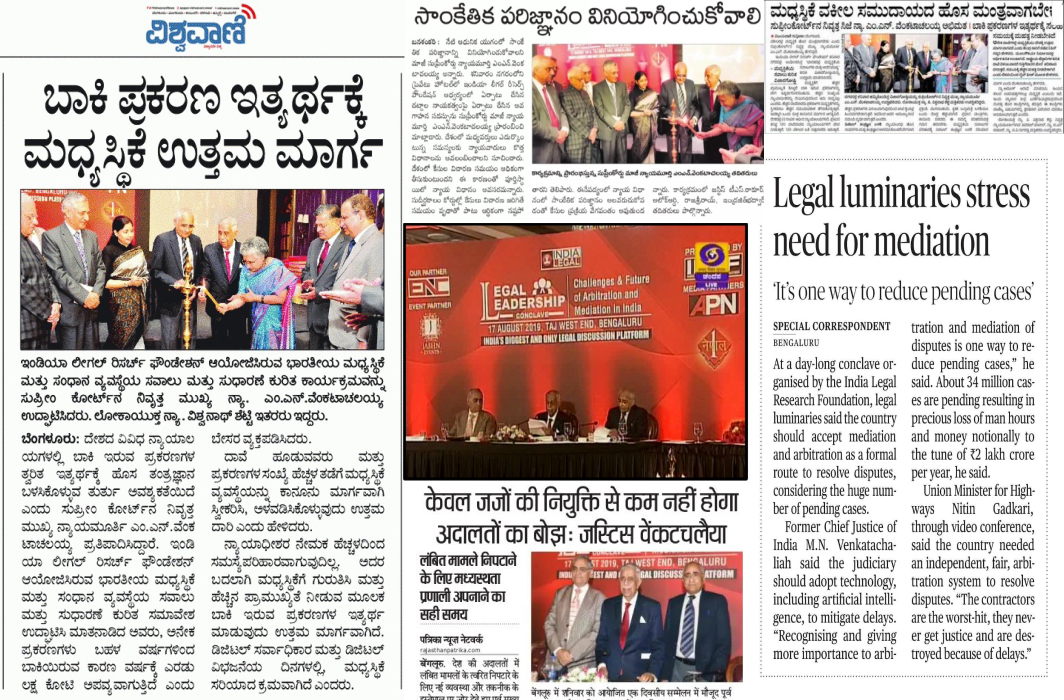 The Legal Leadership Conclave at Bengaluru which was held on Saturday and organized by India Legal has been a resounding success and garnered wide coverage from news outlets including vernacular press as well as English press.

English press such as The Hindu and Hindu Business Line also published news on one of its kind event held in the Garden city at Taj West End.

Legal Leadership Conclave is a series of Conclaves organized to spread legal education thereby touching upon core subjects pertaining to the field of law.

Legal Leadership Conclave on Arbitration & Mediation: the need and the problems