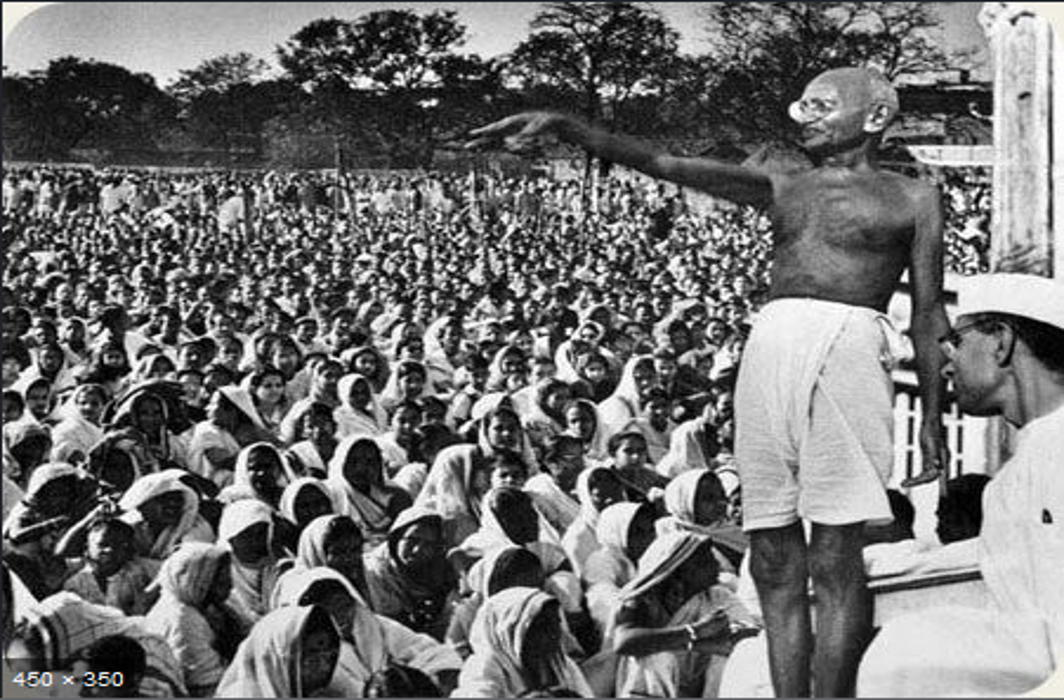 Mahatma Gandhi’s birth anniversary is observed as International Day of Non-Violence by the global community.

New York Times, leading newspaper from a country that has at least two dozen statues of Gandhi in various states, carried an article by Prime Minister Narendra Modi, ‘Why India and the World Need Gandhi’. He wrote about Mahatma’s influence on prominent world leaders, including Martin Luther King Jr and anti-apartheid icon Nelson Mandela.

Modi proposed the ‘Einstein Challenge’ to ensure that the ideals of Bapu are remembered by future generations. “As a tribute to Gandhi, I propose what I call the Einstein Challenge. We know Albert Einstein’s famous words on Gandhi: ‘Generations to come will scarce believe that such a one as this ever in flesh and blood walked upon this earth’… I invite thinkers, entrepreneurs and tech leaders to be at the forefront of spreading Gandhi’s ideas through innovation,” Modi wrote.

United Nations Secretary-General Antonio Guterres, paying tribute to Mahatma Gandhi, said that his vision continues to resonate across the world, including through the work of the UN.

“Mahatma Gandhi pioneered successive non-violent movements that changed history. 150 years since his birth, Gandhi’s philosophy is at the core of our work at the UN. May his courage and conviction continue to inspire us on Wednesday’s International Day of Non-Violence and every day,” tweeted Guterres.

“His vision continues to resonate across the world, including through the work of the United Nations for mutual understanding, equality, sustainable development, the empowerment of young people, and the peaceful resolution of disputes, “ Guterres said in a statement commemorating the day.

Born on October 2, 1869, in Porbandar town of Gujarat, Mahatma Gandhi or Mohandas Karamchand Gandhi adopted a non-violent resistance and was at the forefront of the freedom struggle against the colonial British rule with utmost patience.

This led to India finally achieving its independence in 1947. Fondly known as Bapu, his unwavering belief in ‘swaraj’ (self-governance) and ‘ahimsa’ (violence) won him accolades across the world.

Guterres recalled that before Mahatma Gandhi’s assassination on January 1948, after the partition of India the previous year, Gandhi constantly highlighted “the gap between what we do, and what we are capable of doing.”

“On this International Day, I urge each and every one of us to do everything in our power to bridge this divide as we strive to build a better future for all,” concluded the UN Secretary-General.

Uzbekistan and Turkey issued a special postage stamp to mark the 150th  birth anniversary of Mahatma Gandhi. The stamp is part of the “Outstanding personalities” series of its Postal department in Uzbekistan.

Within the Mahatma’s own country, a host of events were held. PM Modi kick-started countrywide celebrations to mark the 150th birth anniversary of Mahatma Gandhi.

Modi, who launched the ‘Swachh Bharat’ campaign in 2014, will declare the country open defecation-free at the Sabarmati Ashram in Gujarat in the evening.

The BJP and the Congress, which are making efforts to claim Mahatma Gandhi’s legacy, have planned various events across the country on Gandhi Jayanti. Leaders cutting across party lines visited Rajghat, the resting place of the Mahatma, to pay homage to Gandhi.

Modi, who has a packed schedule, began his day with a visit to Rajghat, and paid floral tribute. “Tributes to beloved Bapu! On #Gandhi150, we express gratitude to Mahatma Gandhi for his everlasting contribution to humanity. We pledge to continue working hard to realise his dreams and create a better planet,” he tweeted.

In a short video on Mahatma Gandhi, PM Modi said his message of peace is still relevant to the world community. He also referred to the seven habits Gandhi had cautioned people about. These are: wealth without work, pleasure without conscience, knowledge without character, business without ethics, science without humanity, religion without sacrifice and politics without principles.

The PM next went to parliament to pay floral tributes to both leaders. Later in the evening, he will fly to Ahmedabad and visit the Sabarmati Ashram where he will declare the country open defecation-free (ODF) in the presence of over 20,000 village heads, a BJP leader was quoted as saying by news agency PTI.

KnowDis and School of AI, IIT Delhi, have jointly organized the third edition of the online conference that looks to bring together leading experts from all over the world for a meeting of the minds.
Read more