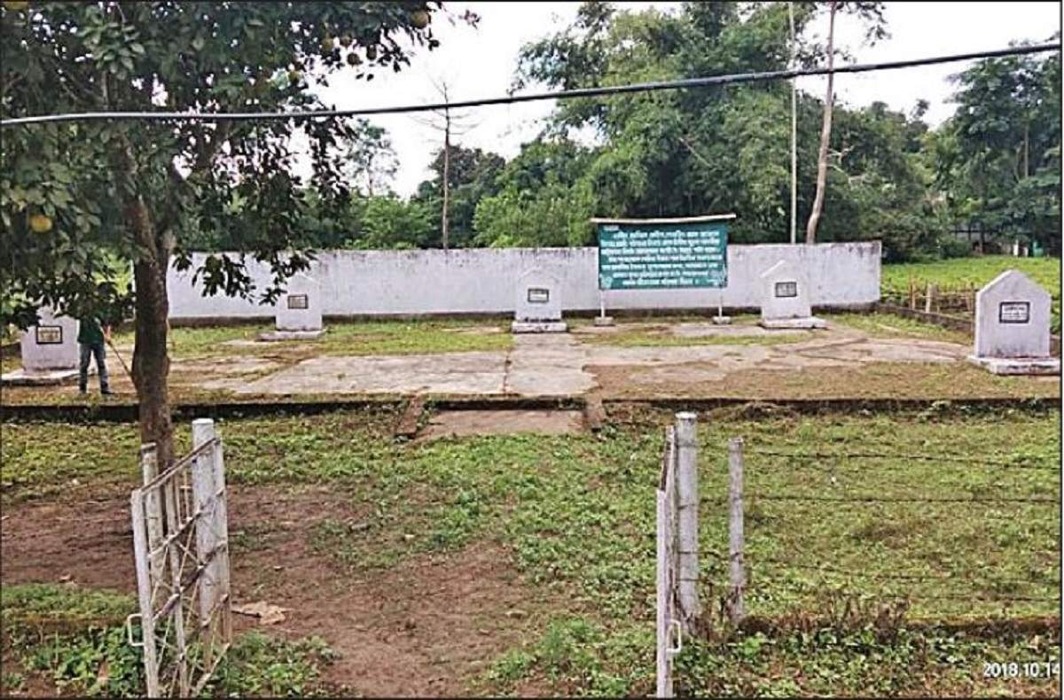 A Summary General Court martial in Assam on Saturday, October 13, ordered the dismissal from service and life imprisonment of seven personnel, including a Major General and two Colonels, for killing five people in a fake encounter in eastern Assam’s Dangari 24 years ago.

The personnel convicted at the court martial held at the Army’s Dinjan base in eastern Assam’s are Major General AK Lal, Colonels Thomas Matthew and RS Sibiren, Captains Dilip Singh and Jagdeo Singh, and Naiks Albinder Singh and Shivender Singh.

The court martial related to the February 1994 Dangari encounter case in which five youth, — Prabin Sonowal, Pradip Dutta, Debajit Biswas, Akhil Sonowal and Bhaben Moran, all reportedly members of All Assam Student’s Union (AASU) — were killed, had concluded on July 27.

“The judgement has strengthened the people’s belief in the Indian judiciary. It has also shown that the Army too believes in delivering justice and maintaining its glory that a few officers cannot taint,” BJP leader Jagadish Bhuyan, who had initiated the case in 1994, told The Hindu.

A senior Defence official told The Hindu that the judgment was pronounced against “three officers and four JCOs and OR”. He added that a confirmation from the “competent authority” may take two-three months.

The killing of the youth came in Army action in February 1994. Following the killing of Rameshwar Singh, the general manager of the Assam Frontier Tea Limited at the Talap Tea Estate by United Liberation Front of Asom (ULFA) gunmen, troops of the 18 Punjab Regiment based at Dhola in Tinsukia, had picked up nine youths from their houses in Tinsukia district’s Talap area on February 17, 1994.

After receiving information about the missing men, Bhuyan, then an Asom Gana Parishad MLA, informed the Tinsukia district authorities, the chief secretary and the State’s police chief as well as the Governor by February 21.

“On February 21, the local police confirmed that the boys were being detained at the Dhola camp. Fearing for their lives, I filed a habeas corpus in the Gauhati High Court on February 22. That afternoon, Chief Justice SN Phukan and Justice AK Patnaik ordered the Army to produce the arrested youth before a magistrate,” Bhuyan recalled.

The very same day, the Army released Matheswar Moran, Gunin Hazarika, Prakash Sharma, and Manoranjan Das at different locations after receiving the court order. The soldiers reportedly took the other five in two boats to the Dibru-Saikhowa National Park after crossing the Dangari river and shot them.

The two boatmen — Moka Murah and Ratna Moran — also vanished without a trace.

“I filed a petition in the High Court on February 23 saying the troops ignored the court order and killed the boys. The CBI, which was directed to take up the case, listed seven officers and jawans as accused.

“The case went to the Supreme Court, which sought a court martial and punishment of the guilty officers,” Bhuyan said.

Soon after the petition was filed, former Tinsukia district police chief RK Singh said the post-mortem on the bodies of the five men — labelled ULFA extremists by the Army — revealed they had been brutally tortured before being shot, reported The Hindu. Their tongues were sliced, eyes gouged out and kneecaps smashed, and their bodied bore evidence of electric shocks.

Motheswar Moran, one of the survivors of the ordeal, said the five were probably killed because their bodies were not in a position to be produced before a local magistrate. “Looking back, the four of us were lucky to have been tortured less,” he said.

He said the Army had picked up the youths from the entry record of Talap Tea Estate, where they were engaged as garden suppliers.

He and the other survivors want an assurance from the government that they would not be victimised for the sentence against the Army officers and jawans.

The judgment has come at a time when more than 700 army personnel have petitioned the Supreme Court asking for all court-monitored investigations into fake encounters by the armed forces to be stayed. The first prayer of the petitioners is to protect the “bonafide” action of soldiers under the Armed Forces (Special Powers) Act, “so that no soldier is harassed by initiation of criminal proceedings”.