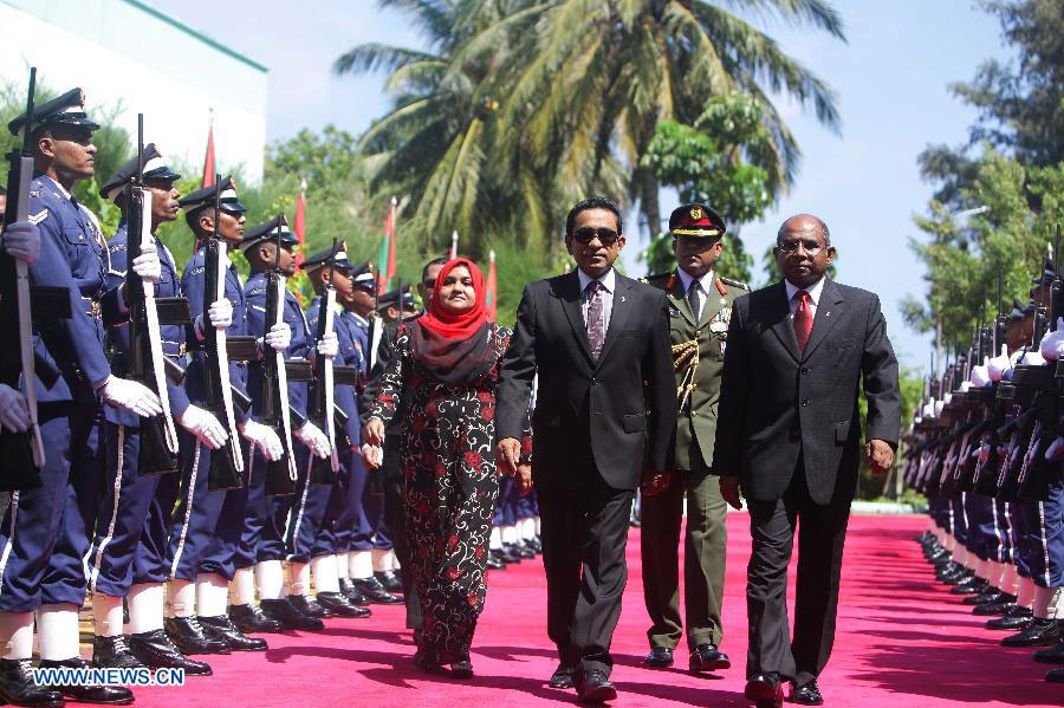 Indians advised to defer non-essential travel plans to the country

She said that the verdict has “resulted in the disruption of the functions of the executive power, and the infringement of national security and public interest. The government does not believe that the Supreme Court ruling to release the political prisoners can be enforced.”

Police broke down the doors of former president Maumoon Abdul Ghayoom’s house and arrested him around 11 pm on Monday night. However, before being arrested Ghayoom released a video asking the citizens to remain steadfast and assuring public of his innocence. His son-in-law Mohamed Nadheem was also arrested.

Chief Justice Abdulla Saeed and Justice Ali Hameed were arrested from the apex court complex at around 3 am Tuesday morning, after remaining under siege for almost seven hours by the security forces. Army was seen scaling Supreme Court building and holding staff and judges under military supervision. Judicial administrator Hassan Saeed was also arrested after midnight.

Former President Maumoon Abdul Ghayoom and the two Supreme Court judges were taken to a detention centre out of the capital.

The state of emergency has given sweeping powers to security forces to make arrests, curtailed the authority of judiciary and scrapped the immunity available for Supreme Court judges. 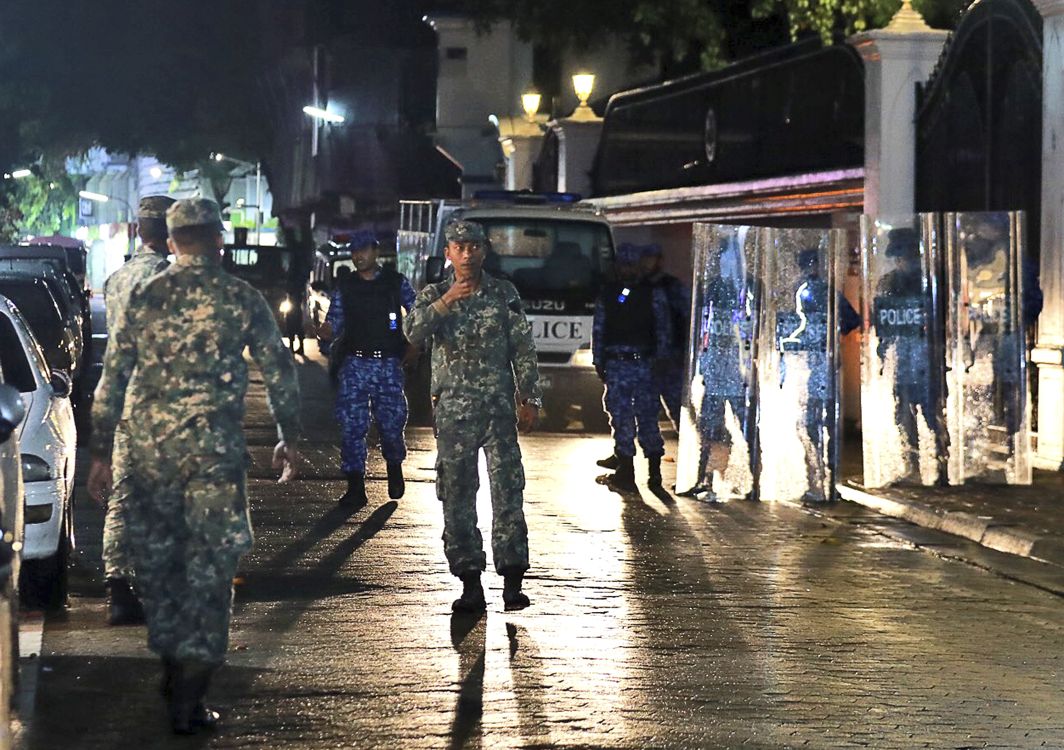 Reacting to the developments in Maldives, Raveesh Kumar, spokesperson of Ministry of External Affairs, has advised Indian nationals to defer all non essential travel to Male and other atolls until further notice.

Indian nationals are advised to defer all non-essential travel to Male and other atolls untill further notice. Detailed travel advisory at https://t.co/DCdCkojESK

Meanwhile Maldives Independent newspaper has claimed on Tuesday morning that their website came under attack. The daily said, “We believe the attack was designed to coincide with the announcement to stop us from reporting. We are starting a live blog but the attacks continue and updates may not be possible. Follow @IndependentMV on Twitter for developments.”

However, lawmaker Faris Maumoon, son of former President Maumoon Abdul Ghayoom, was released from jail early Tuesday. Maumoon is one of the nine opposition figures whose release was ordered by the Supreme Court. Faris’ lawyers had filed at the top court on Monday against the acting police commissioner Abdulla Nawaz and other police officers for refusing to release their client. In turn Supreme Court unanimously overturned Faris’ remand and ordered his immediate release.

Sun newspaper website reports that UK Foreign Secretary Boris Johnson has also asked President Yameen to peacefully end the State of Emergency, to comply with the constitution in its entirety, to protect civil liberties, to comply with the Supreme Court order and ensure the Parliament is able to work freely.

The political crisis in Maldives deepened on Sunday when President Abdulla Yameen refused to comply the the Supreme Court ruling for releasing nine opposition leaders.

Several countries and world bodied including, UN, EU, US and India have urged President Yameen to comply with the Supreme Court’s ruling.

A doctor at Aligarh Muslim University’s Jawaharlal Nehru Medical College who had spoken to media and questioned Uttar Pradesh police’s version of the Hathras rape case has been told by the hospital that his services are not required any longer.
Read more