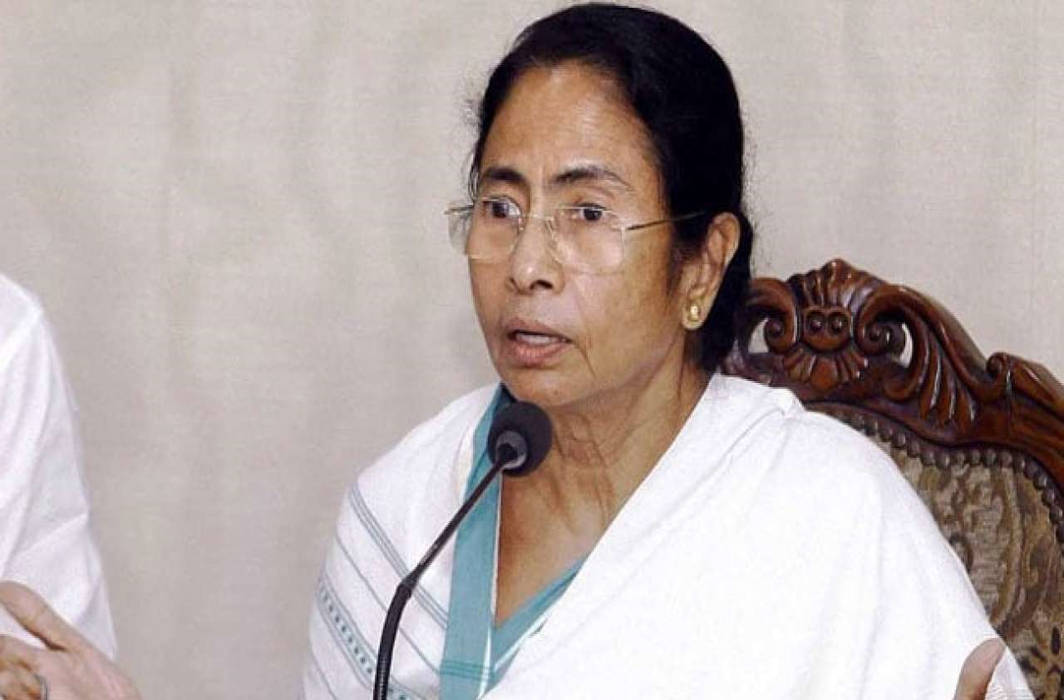 West Bengal Chief Minister Mamata Banerjee found herself on a collision course with the centre after a huge showdown on Sunday evening between the state police and officials of the CBI or Central Bureau of Investigation.

The CBI officials, who had come to question Kolkata police Chief Rajeev Kumar on two Ponzi schemes, were temporarily detained by the police.

The CBI officials who had approached the Supreme Court over the issue has been directed to bring the material on record to support its claim that Kolkata Police Commissioner Rajeev Kumar is trying to destroy evidence in the chit fund scams.

Chief Justice of India Ranjan Gogoi said: “If Kolkata Police Commissioner Rajeev Kumar even remotely thinks of destroying evidence, bring the material before this Court. We will come down so heavily on him that he will regret.”

Hearing on CBI plea in SC: CJI Gogoi says, "If Kolkata Police Commissioner even remotely thinks of destroying evidence, bring the material before this Court. We will come down so heavily on him that he will regret." #WestBengal pic.twitter.com/4VRhH7b4Ff

The Supreme Court has agreed to hear the CBI’s plea seeking directions to Kolkata Police Commissioner Rajeev Kumar to cooperate with the investigation in Saradha chit fund case. The court will hear the matter tomorrow.

The state’s BJP lawmaker Babul Supriyo had earlier tweeted: “President’s Rule should be imposed on West Bengal to control this ‘Rogue’ #TMchhi Govt under a corrupt CM Mamata Banerjee. This is a constitutional crisis ‘created’ by Mamata to shield her corrupt & tainted accomplices (sic)”.

On Sunday evening, Mamata Banerjee sat on a dharna after the CBI tried to quiz Kolkata Police Commissioner Rajeev Kumar in connection with Saradha and Rose Valley Chit Fund scams.

“Whatever happened today is worse than emergency. It was no less than a coup. CBI is harassing in gabbar style (a reference to iconic bandit in the movie, Sholay),” she said.

The Bengal CM alleged that NSA chief Ajit Doval was “giving instructions” to CBI and PM Modi to take action against TMC leaders and policemen.

“There are companies (chit fund) that are sponsored by PM Modi, Assam CM and BJP MP Babul Supriyo. Why they are roaming freely? Why haven’t they been arrested? I will stick to my stand that Kolkata police commissioner is one of best officers in the world. Modi doesn’t deserve to be a prime minister. Let them prove that Rajeev Kumar was involved in chit fund scam,” Mamata said.

Also Read: If anything happens to me, PM Modi will be responsible: Anna Hazare

Rajeev Kumar – who headed a Special Investigation Team probing the Saradha and Rose Valley Ponzi scams of 2013 – was asked to help the investigation after several documents allegedly went missing. He has received several summons for questioning.  This time, a section of media reported that he could be arrested for evading questioning and was “absconding”. The Kolkata Police said they would take action for the defamatory reports.

The Trinamool Congress chief further said that it was her duty to protect her officers. “CBI came to Rajeev Kumar’s house without a search warrant. How audacious it was? They are playing with the Constitution. I will not tolerate this,” she said.

The anti-BJP party is supporting the Mamata Banerjee-led government, Congress President Rahul Gandhi said that the entire opposition will stand together and “defeat the fascist forces”.

I spoke with Mamata Di tonight and told her we stand shoulder to shoulder with her.

The happenings in Bengal are a part of the unrelenting attack on India’s institutions by Mr Modi & the BJP.

The entire opposition will stand together & defeat these fascist forces.

While, CPI (M) general secretary Sitaram Yechury has slammed both Modi and Banerjee over the issue.

This drama in Kolkata by BJP and TMC is not a fight for any principle but only to save their corrupt and hide their corruption. CPI(M) has fought both these undemocratic, corrupt, communal and dictatorial regimes in the Centre and the state and will continue to do so. (2/2) https://t.co/m2vvHMYtEp