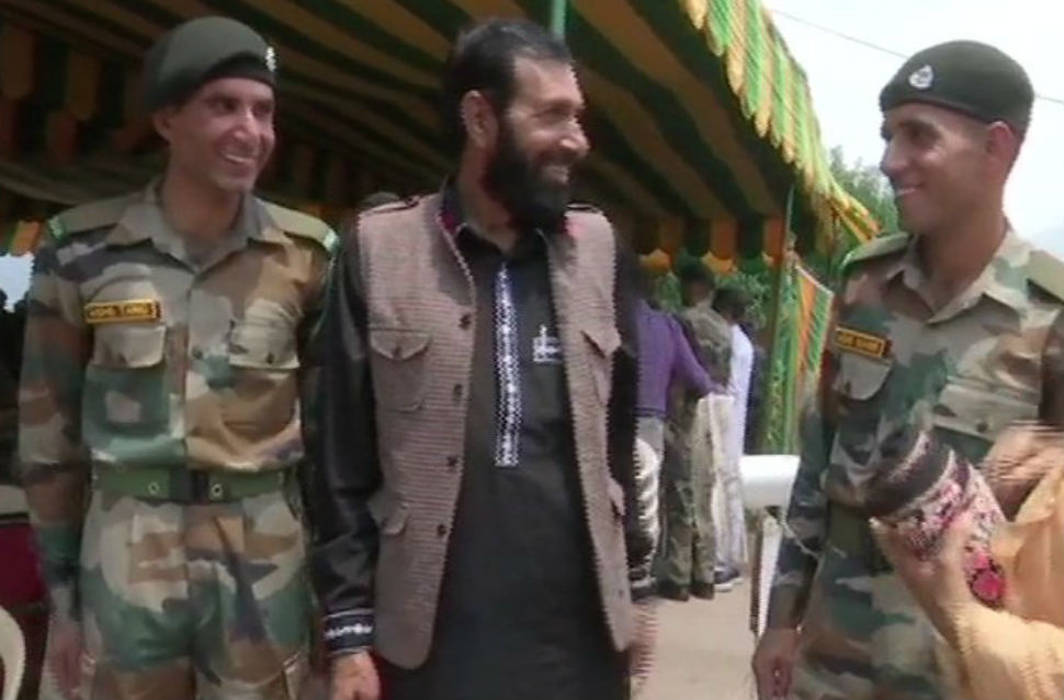 “After our training, we will fight against terrorism and will take revenge for our martyred brother Aurangzeb. Today we feel proud on joining the Indian army and are proud of our country,” Tariq told reporters.

The parents were reported to have expressed happiness with their sons’ decision.

Aurangzeb was abducted in broad daylight from Pulwama by terrorists as he was returning home for the festival of Eid, and later his bullet-ridden body was recovered on June 14 last year.

Aurangzeb belonged to 44 Rashtriya Rifles, and was posted in Shopian district.

After his demise, the family had made an emotional appeal to the Centre and the Jammu and Kashmir government to eliminate militancy from the state.

The Army conducted the enrolment parade of 100 new recruits in a unique initiative by the 156 Infantry Battalion of Territorial army.