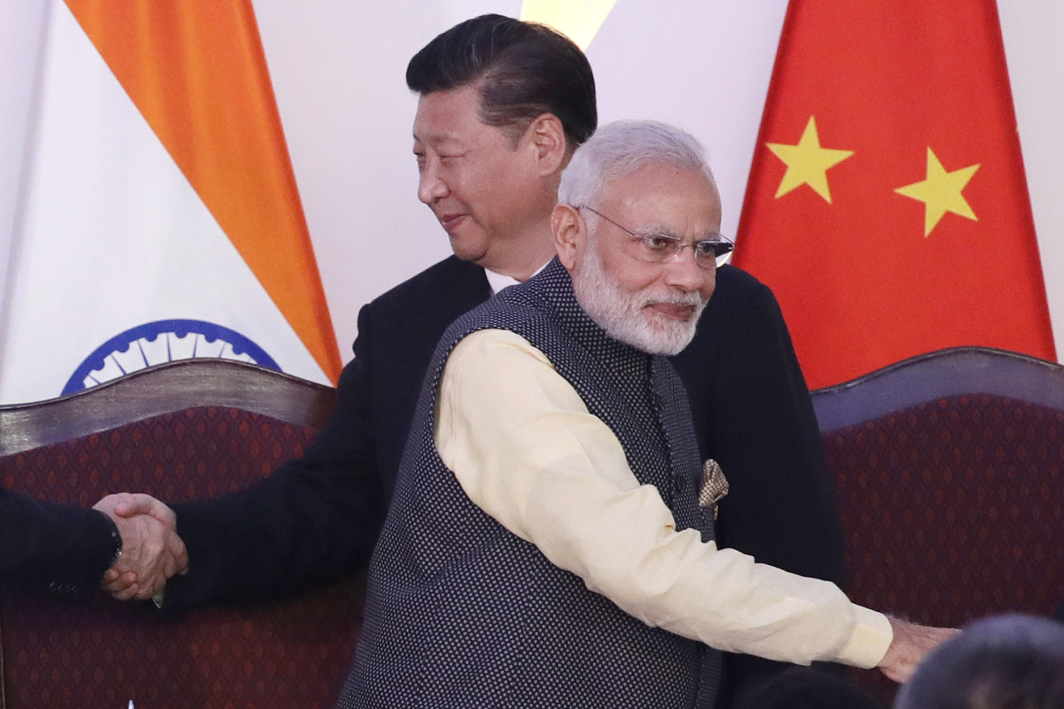 In their first bilateral talks since the 73 days long Doklam standoff, Narendra Modi and XI Jinping agreed that India and China needed to do more to avoid border disputes in the future, Chinese premier asserts the need to seek guidance from the Panchsheel Agreement

In a discussion that lasted little over an hour, on Tuesday, Prime Minister Narendra Modi and Chinese President Xi Jinping are learnt to kept the recently Sino-Indian Doklam standoff aside to ensure that the two countries pursue “healthy, stable bilateral ties” and “do not allow differences to become disputes”.

The Modi-Jinping meet – the final engagement of the Indian Prime Minister at the BRICS summit 2017 in Xiamen, China before he flew off for Myanmar – was the first bilateral talk between the two leaders since the 73-day long standoff which ended last week with the two countries agreeing to a withdrawal of troops from the tri-junction area of Doklam.

Modi met the Chinese president along with a delegation of senior Indian officials, including National Security Advisor Ajit Doval and Foreign Secretary S Jaishanker. No statement on the dispute at Doklam was issued by either side indicating willingness in the establishment of both countries to discuss future ties and not be stuck on clashes of the past, no matter how recent.

After the meet, Foreign Secretary Jaishanker told media persons that: “There was a forward-looking and constructive approach taken by both sides. The two leaders reaffirmed that it is in the interest of both India and China to have good relations… Peace and tranquility at the border areas is a prerequisite for fruitful relations between India and China.”

When asked by reporters if there were specific discussions on the Doklam standoff between Modi and Jinping, the foreign secretary said: “This was not a backward looking conversation it was forward looking.”

What may have tested the nerves of Modi, however, was the Chinese president’s insistence that China is prepared to work alongside India to seek guidance from the Panchsheel – the five principles of peaceful co-existence – which were coined by India’s first Prime Minister, Pandit Jawaharlal Nehru and were codified into the Panchsheel Treaty signed between him and the first Chinese premier Zhou Enlai on April 29, 1954.

Modi’s personal dislike for Pandit Nehru and everything associated with him aside, the BJP and various sections of the Indian right have always held that the Panchsheel Treaty weakened India’s position vis-à-vis China before it was completely violated by the Chinese in October 1962 leading to the month-long Sino-India War in which India lost major territories in both the eastern and western theatres of Arunachal and Ladakh respectively.

However, 63 years after the Panchsheel Treaty was signed advocating the principles of territorial integrity and peaceful coexistence, Jinping’s assertion that the two countries must seek guidance from it seems a bit rich given recurring transgressions by the Chinese troops into Indian territories and particularly along the McMahon Line, which China has, since Enlai’s regime, considered to be illegal.

Nevertheless, foreign secretary Jaishanker insisted that both Modi and Jinping “felt that there should be closer communication between the defence and security personnel of India and China” and that the Chinese premier’s purported peace offering made at the BRICS summit on Sunday when he had talked of “peace and development instead of conflict and confrontation” was welcomed by India.

On his part Modi too tweeted that the talks with Jinping had been “fruitful”.

I thank the Chinese government & people for their warm hospitality during the BRICS Summit. Leaving for Myanmar for a bilateral visit.