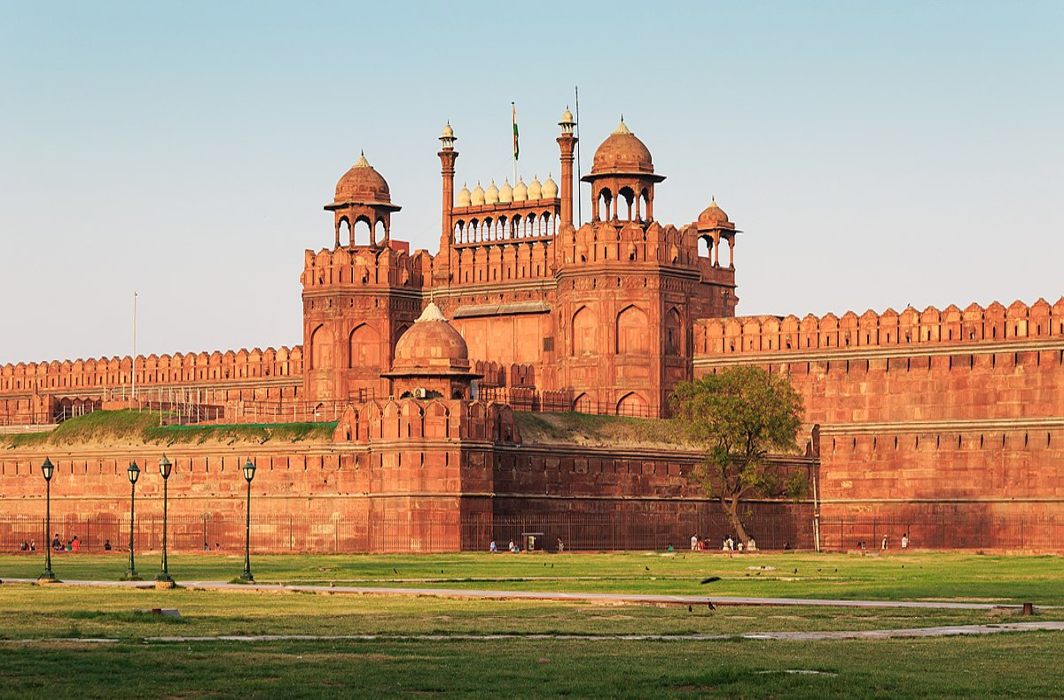 We all know of a company that came to trade and went on to occupy a sub-continent. Now, we have companies that are being led by the government to befriend India’s heritage. Monument Mitras, as they are being called, will not only offer friendship, but also parenthood. An 80-year-old parent will adopt a 370-year-old child. There are other parents in line who are themselves 3-year-old but carry the wherewithal to adopt 2000-year-old caves. Their courage and ambition is applause-worthy.

The Minister of Tourism, KJ Alphons, on his personal website, has a quote that sounds like it was drafted by some rookie staff: “Don’t dream like an ant; dream like an elephant- really BIG.” One must marvel at the pithy beauty of this sentence and the vastness of ideas hidden in it. Alphons cannot but see India’s heritage as a milch cow. In a recent interview, he said: “for me, tourism is employment and big money”. Both worthy causes. Perhaps what hasn’t crossed his mind is that in the battle for such worthy causes, the casualty might be the milch cow.

The minister expects that the number of tourists will increase manifold if our heritages sites were to be cleaner, had amenities like toilets, wi-fi, souvenir shops, and had been landscaped. This conclusion, one would expect, would have arisen from an assessment or a study, but there isn’t any sign of it. A Parliamentary Standing Committee on Tourism seems to have welcomed the initiative taken by the government and recommended that “under the Corporate Social Responsibility (CSR) major corporate may be compelled to adopt heritage sites”.

None of the thirty one members of this committee which has representatives from all political parties in Parliament have any relevant expertise in diagnosing the ailment and therefore definitely none in providing an appropriate solution. Politicians are a class of people who know everything; therefore we must listen to them. There are also some editors and columnists, like Shekhar Gupta and Barkha Dutt, who know everything and we must listen to them as well. But, as Marx’s favourite maixm goes: De omnibus dubitandum. Everything must be doubted. And everything must be questioned.

Now, since there is no diagnostic study and we only have sincere words from Alphons, the Standing Committee, and some columnists espousing the innovativeness of the grand scheme, let us elaborate on what ‘Adopt a Heritage’ really means.

According to the recommendations of the Parliamentary Standing Committee: “the detailed plans for improvement of infrastructure and basic amenities have to be laid down by the Ministry/Govt. agencies and it should not be left at the discretion of the organization which is adopting the Heritage sites”. The website and project guidelines of the scheme variously says: (a) the project plans to entrust heritage sites/monuments and other tourist sites to private sector companies, public sector companies and individuals for the development of tourist amenities; (b)The project entails to handover heritage sites and monuments for adoption to the private and public sector companies and individuals (who would be known as “Monument Mitras”) for providing basic amenities and complete operation and maintenance (O&M) initially for the 5 years subject to review at any time, regular monitoring and feedback mechanism from all the stakeholders including tourists.

Between the ‘entrust’ and the ‘handover’, between the idea and the reality, between the conception and the creation, falls the shadow.

The problems in the scheme are too many to be ignored. Corporations and individuals with no experience and relevance have expressed their interest in adopting the listed heritage sites. The expression of interest will be assessed by a committee basis a vision document presented by the company. The committee is formed of senior officers from the ministries of Tourism and Culture, and the Archaeological Survey of India. Given the number of sites, it is unlikely that the committee will have the bandwidth to go through the nitty-gritties of the vision document. What we are getting is two sets of people, with very limited knowledge of a subject that needs patience and detailed understanding, deciding on the future of our heritage sites.

Let us take the example of Adham Khan’s tomb, which lies near the very busy area of Mehrauli in the national capital. There is a bus stand, several hotels, shops and sundry houses nearby. The monument does not have any amenities like toilet, souvenir shop, wi-fi connection, and is not landscaped. New signage were put up some 6-7 years ago and they have already gone. They were installed across several monuments by a steel company and nearly all of them were promptly picked and sold as scrap by thieves. The tomb of Adham Khan, Mughal emperor Akbar’s foster brother, is built on a raised platform and doesn’t have space for a toilet or a souvenir shop. The surrounding area of the tomb doesn’t lend itself to landscaping. What then will be the task of the Monument Mitra? Will they build a toilet inside the monument?

Given the situation, shouldn’t it be the ASI that should assess the requirements and ask for intervention? This topsy-turvy way of drafting a policy makes one wonder whether it was thought through by the government or was it the outcome of years of corporate advocacy.

Doubtless, corporations are present in every sphere of life and they are thought to be more efficient and devoted to their task. The government, also, has shown an inordinate trust in the industry whether it is in the matter of education, or health, and now heritage. A Business Standard editorial suggested that Public Private Partnerships (PPPs) is a positive way forward for the upkeep of our heritage. Yet, data shows very few PPPs have worked in India.  Almost all the PPPs suffer from lack of coordination and gaps in communication. With four parties (the ministries of Toursim and Culture, the ASI and the company) involved in the ‘Adopt a Heritage’ scheme, it is not a hard guess what the denouement will be.

This government and this scheme believe in a set idea of how a heritage sites should look like. When a minister like Alphons visits one, he is surprised that the place he imagined, is not so, and that disappoints him. He is like the British who did not get the idea of a Mughal garden and had all the trees of Taj Mahal replaced by grass because trees intruded with the wholesome view. Alphons must change every heritage site to suit his idea of tourism. Our natural heritage, therefore, must be landscaped, the forests must not be unruly, the caves bright, the rivers disciplined and fronted. For this, he wants the ASI to be less conservative; his and his leader’s politics notwithstanding.

Much has been said about the ASI’s incompetence. But who is to blame for it? Celebrated historian Narayani Gupta has pointed out to the years of negligence in evolving a culture of archaeological studies, developing jobs for historians and conservationists.

Despite severe lack of financial assistance for years, the ASI has made efforts, even if only in spurts. A good example is the restoration of the Bateshwara group of temples near Gwalior. But that too had to be left incomplete because of lack of money. Then, there are, of course, bloopers like the plastering up of the Chatta Chowk in Red Fort, or the painting of the Sabz Burj blue. The ASI needs support, encouragement and nurturing, as do students of history, architecture, conservation, and associated subjects. Placing a corporation instead of a professional institution cannot be the solution.

The slow death of heritage in India is gut-wrenching. The Monument Mitra scheme only exacerbates this pain. It seems as if the state wants to shrug off the burden of being the custodian of India’s heritage. Already, our culture is evermore under invidious pressure and in forced evanescence under this dispensation. With the physical reminder of it also under threat, we as a society must be vigilant and must raise our voice. This government is unlikely to make any serious efforts towards preservation of heritage and there is scant chance that companies with their quaestuarian agenda will do any better.

Nikhil Kumar is a heritage enthusiast. He tweets at @niksez