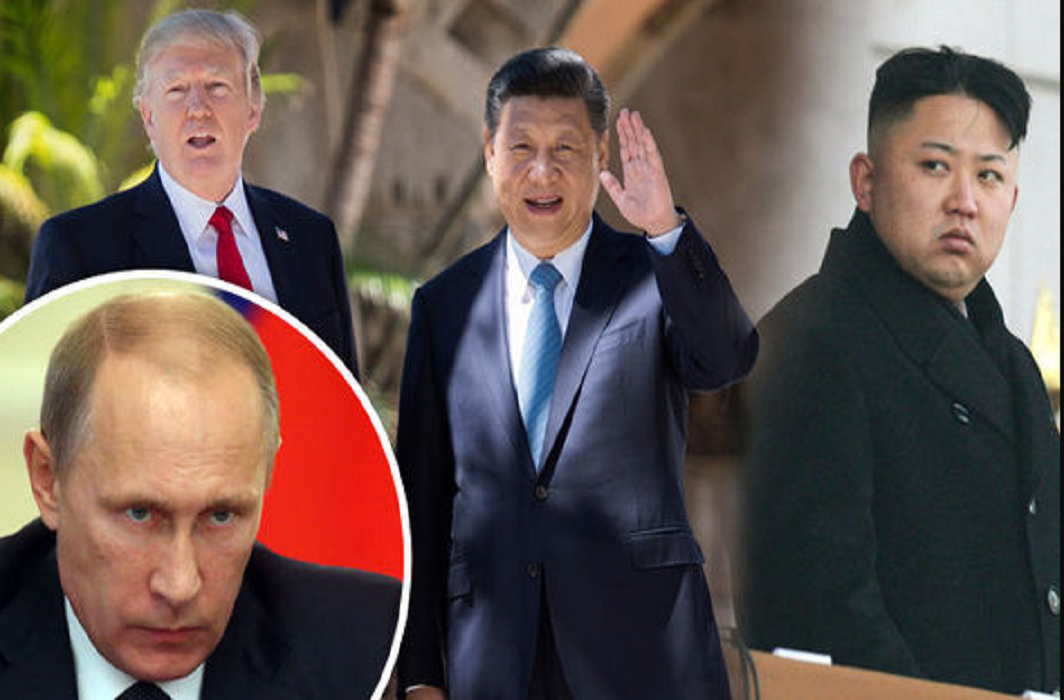 Amid ongoing confrontation between US and North Korea over its repeated intercontinental ballistic missile and nuclear test, Russia and China have reacted differently to calm down the tempers.  Russia has described war of words a “kindergarten fight” and urged hot heads to calm down while China has announced to limit North Korea’s oil supply and stop buying textiles from that country.

Russia’ foreign minister Sergey Lavrov has, on Friday told reporters at UN, “We have to calm down the hot heads. We continue to strive for the reasonable and not the emotional approach.”  He reportedly said the row was “like when children in a kindergarten start fighting and no-one can stop them.”

Tempers were high  after US President Donald Trump called North Korean leader a “madman”, a day after Kim dubbed him a “mentally deranged US dotard” who would face the “highest level of hard-line countermeasures in history”. The statement came in retaliation for the US president saying Washington would “totally destroy” North Korea if it threatened the US or its allies.

While addressing UN General Assembly, President Trump threatened to “totally destroy” North Korea if forced to do so in defence of the US or its allies. He also mocked Kim Jong Un with a nickname, saying “Rocket man is on a suicide mission.”

Reacting to Trump’s assertions, North Korean leader said that remarks by “deranged” US President convinced him he is right to develop weapons for North Korea. He went on saying that Trump would “pay dearly” for his speech, which he labelled “unprecedented rude nonsense”.

On Thursday, North Korea’s foreign minister Ri Yong Ho had warned that Kim could consider a hydrogen bomb test of “an unprecedented scale”. He even said that he did not know Kim’s exact thoughts. Ri is scheduled to address UN General Assembly on Saturday.

US Secretary of State Rex Tillerson said Washington’s diplomatic efforts would continue but all military options were still on table.

China, considered being North Korea’s most important trading partner and one of its only source of hard currency, on Saturday, moved to limit North Korea’s oil supply and stop buying textile from Pyongyang.

A statement from China’s commerce ministry said that the restrictions on refined petroleum products would apply from October 1, one week from now, and on Liquified Natural Gas (LNG) immediately. However, a limited amount sanctioned under UN resolution, would still be exported to North Korea.

The ban on textile export is expected to cost the country more than $700 million a year. China and Russia had initially opposed a US proposal to completely ban oil exports, but later agreed to the reduced measures.

US administration has been exerting pressure on China to tame North Korea through necessary measures.

Meanwhile, KCNA Watch, on Saturday carried another North Korean official statement on US initiative for getting anti-Pyongyang UN sanctions approved, saying “The U.S. is a nuclear rogue state that deserves denunciation by the world. Such a rogue state rigged up the sanctions resolution while holding confabs with its followers by using its hegemonic position in the international arena. Such sanctions resolution can never be tolerated.”

Pyongyang alleged, “U.S. has conducted the world’s greatest number of nuclear tests and it was the first country that used A-bombs and has steadily carried out nuclear tests by squandering huge funds.”

It reiterated that US land across the ocean can never go scot free saying “The army and people of the DPRK are waiting for a moment to show the mettle of Songun Korea in the do-or-die spirit and the spirit of annihilating the enemies.”

Songun is the “military first” Pyongyang policy, prioritizing the Korean People’s Army in the affairs of state and allocation of resources.