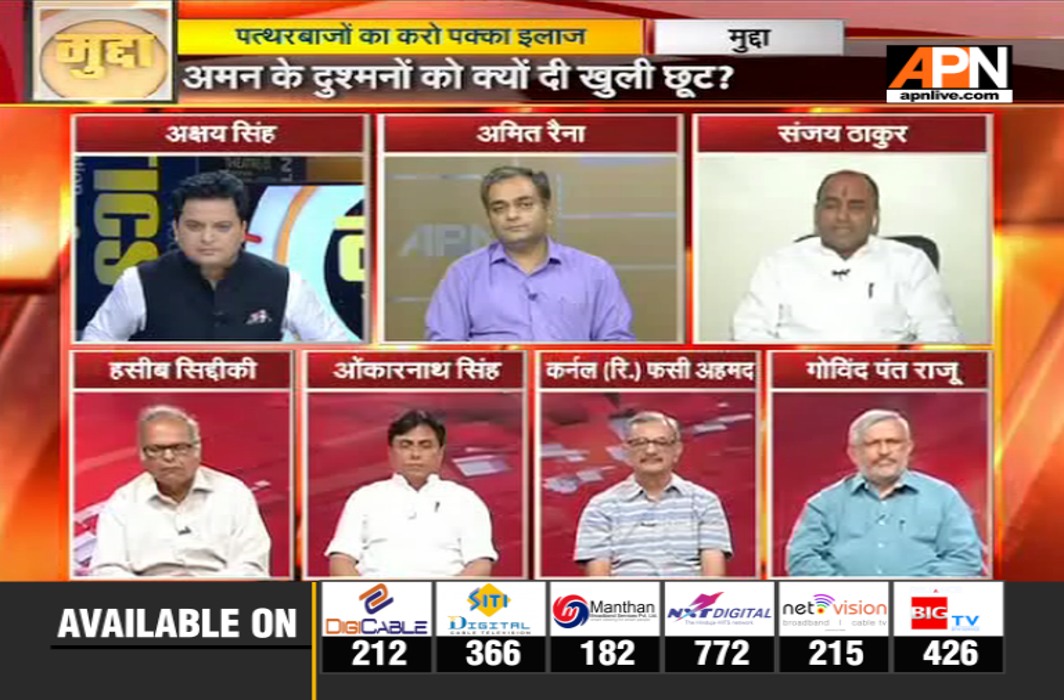 A Class II student got severely injured when stone-pelters targeted a school bus with 50 children on Wednesday in Kanipora village in Shopian, Jammu and Kashmir, sending the rest into shock. An FIR has been filed against the stone-pelters.

Chief Minister Mehbooba Mufti and former chief minister Omar Abdullah condemned the incident. “Shocked & angered to hear of the attack on a school bus in Shopian. The perpetrators of this senseless & cowardly act will be brought to justice,” tweeted Mufti.

Amit Raina said: “This was not the situation before. Schoolchildren are being targeted. I think the Mufti government is responsible to a large extent. Last year Mehbooba Mufti forgave around 10,000 stone-pelters. This has encouraged the stone-pelters to carry out these activities without fear of anything… After the death of Burhan Wani, the tourism has gone down a lot. One of the main livelihoods of the people is tourism in the state. Previously tourists were not attacked. But last year, three incidents were reported where the tourists were targeted. These fringe elements are trying to destroy the whole economy of the state. A day will come, which is not far, when the state’s economy will collapse. The government should take steps immediately or else the state will come under anarchy.” To this, Sanjay Thakur said many elements are working together to bring this state down. He added that the current government is taking the necessary steps.

Fasi Ahmed said: “The attitude is indifferent. No one, central or the state government, wants to stop it. It is becoming worse day by day because of the political soft-peddling. Mehbooba must come forward and take strict action. Mere words of condemnation will not work. You have all the power in the world. This stone pelting has become a small cottage industry in the state. The government is in some way responsible for its inception and growth.”

Onkar Nath Singh said the state and the central government should work together. He added: “I don’t understand why they are having such problems when both the governments are of the same party… Stone pelting has become a source of income in the state. Take away the source of the money. Just shooting them with pellet guns won’t work.”

Govind Pant Raju also said that the PDP-BJP alliance government is responsible in some way. He said: “There is a policy divide here. There have been allegations previously that the PDP sympathises these kinds of elements in the state. These stone-pelters keep a record of who they attacked, how many they killed, where they attacked etc and accordingly they are promoted. The governments have been unable to control this.”

Haseeb Siddique said that instead of pointing fingers at the previous governments, the current government should talk about what they are doing to solve the situation. He further said that the governments have been unable to make any long-term plan.