Despite Covid guard, multiplexes back to business in India, Hollywood movies to hit screens, Hindi cinema to wait

Hindi films have to wait till the multiplexes reopen in Maharashtra 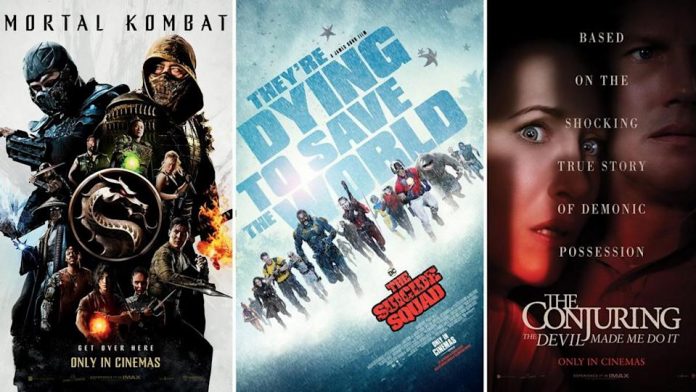 As India eases restrictions after a massive second wave of the Covid-19 pandemic, the country’s leading multiplex chains INOX, PVR, and Cinepolis have announced to re-open their screens. The multiplexes will open with 50 percent occupancy in most places. At present, no big Bollywood film will release. Only Hollywood and regional films will hit the theatres.

As the Maharashtra government has not taken a final decision on the reopening of the cinema halls, there will be an atmosphere of uncertainty regarding the release of Hindi films. Now after unlocking, there has been an exemption to open cinemas with 50 percent occupancy in Punjab, Haryana, Delhi-NCR, Uttar Pradesh, Madhya Pradesh, Gujarat, Jharkhand, Chhattisgarh, Andhra Pradesh, and Karnataka. Multiplexes have been allowed to open in Telangana with 100 percent occupancy.

However, Hindi films have to wait till the multiplexes reopen in Maharashtra. Cine Distributor Karan Bhatia told Dainik Bhaskar that even if cinema halls open with 50 percent occupancy in Maharashtra, it will be beneficial for big films. It is estimated that if ‘Bell Bottom’ is released by the end of August, then its estimated collection can be 60 to 75 crores. If this film releases without Maharashtra, then this collection may drop by 20 percent.

Which movies are to be released?

Michael Chaves’ horror mystery The Conjuring: The Devil Made Me Do It will release eight days later on August 13. The film is a sequel to The Conjuring (2013) and The Conjuring 2 (2016), and as the eighth installment in The Conjuring Universe. It stars Vera Farmiga and Patrick Wilson as paranormal investigators Ed and Lorraine Warren. Though The Conjuring 3 and Mortal Kombat is already released in international theatres, The Suicide Squad will debut in Indian theatres along with international markets.

In other India news, Nokia’s tablet T20 is all set to launch globally soon