He said farmers should have not rejected the proposal and that talks could have resumed had they accepted it. 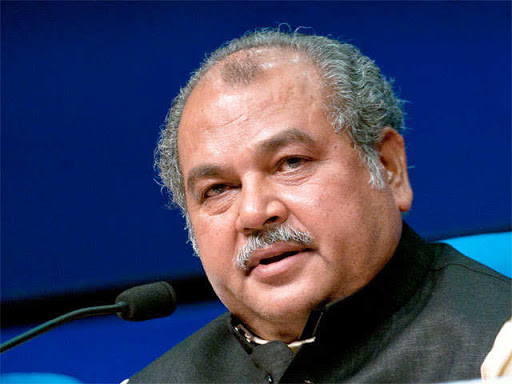 Union Agriculture minister Narendra Singh Tomar has said the talks between Centre and protesting farmers over new farm laws have failed to yield any result as farmers just refuse to see the benefits that are in store for them and are stuck on their demand of complete repeal of the laws.

In an interview with a television channel, Tomar said the government tried to understand the demands of farmers through multiple rounds of talks and sent a proposal, which was rejected by farmer unions. He said farmers should have not rejected the proposal and that talks could have resumed had they accepted it. He said during the last round of talks, the government even gave the farmers the option to put forward their proposal. However, they did not have any.

He said the Centre is sensitive towards farmers and the new laws were brought in under prime minister Narendra Modi’s leadership to bring reforms in the agriculture sector. Eariler following the 11th round of inconclusive talks, tomar had said the agitation had lost its sanctity and it was not impossible to reach a resolution in present circumstances. He said there are forces who want the protest to continue for catering to their political agenda. He added that there was no problem in farm laws but the court still decided to stay them as a mark of respect for them.

Meanwhile, the agitation is continuing abated after failure of Friday’s talks between the two sides. The farmers have been granted permission to hold a tractor rally on Republic Day by The Delhi Police on the condition that they hold it after the conclusion of republic Day parade. The protesting farmers will hold a 100-km tractor rally on Tuesday. The police has also proposed four routes from Ghazipur, Singhu, Chilla, and Tikri borders for the farmers’ tractor rally.