Nawaz Sharif said the military establishment have threatened to smash Maryam Nawaz if she does not stop speaking against it. 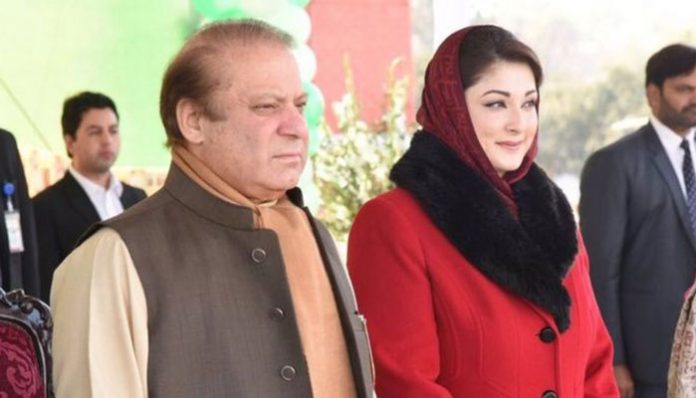 Pakistan’s former Prime Minister Nawaz Sharif on Friday accused the country’s powerful military establishment of threatening his daughter Maryam Nawaz. The PML-N chief warned that if anything happens to his daughter, Prime Minister Imran Khan and the three top generals would be responsible for it.

Sharif said that the military establishment has threatened to smash Maryam Nawaz if she does not stop speaking against it.

In a video message osted by him on his twitter account on Thursday, he said the military establishment has stooped so low. First they broke open the Karachi hotel room door where Maryam was staying. Now they are threatening her that if she does not stop, she will be smashed. If anything happens to her Prime Minister Imran Khan, Army chief General Qamar Javed Bajwa, ISI head Lt. General Faiz Hameed and General Irfan Malik will be responsible, the 71-year-old added.

Nawaz Sharif was serving a seven -year imprisonment in Lahorre’s Kot Lakhpat jail in Al-Azizia Mills corruption case but the Lahore High Court granted him bail for four weeks on medical grounds. He has been in London ever since.

Addressing the generals, Sharif said what they have done is a grave crime and they will be answerable to their deeds. Meanwhile, Sharif’s daughter Maryam, who is also a senior functionary of the PML-N party, said in a tweet that she had not only been threatened but those issuing the threats against her had also used abusive language.

Earlier, Maryam had named the intelligence agencies that were used to pressurize PML-N senators to vote for the government candidate in the senate chairman election being held on Friday.