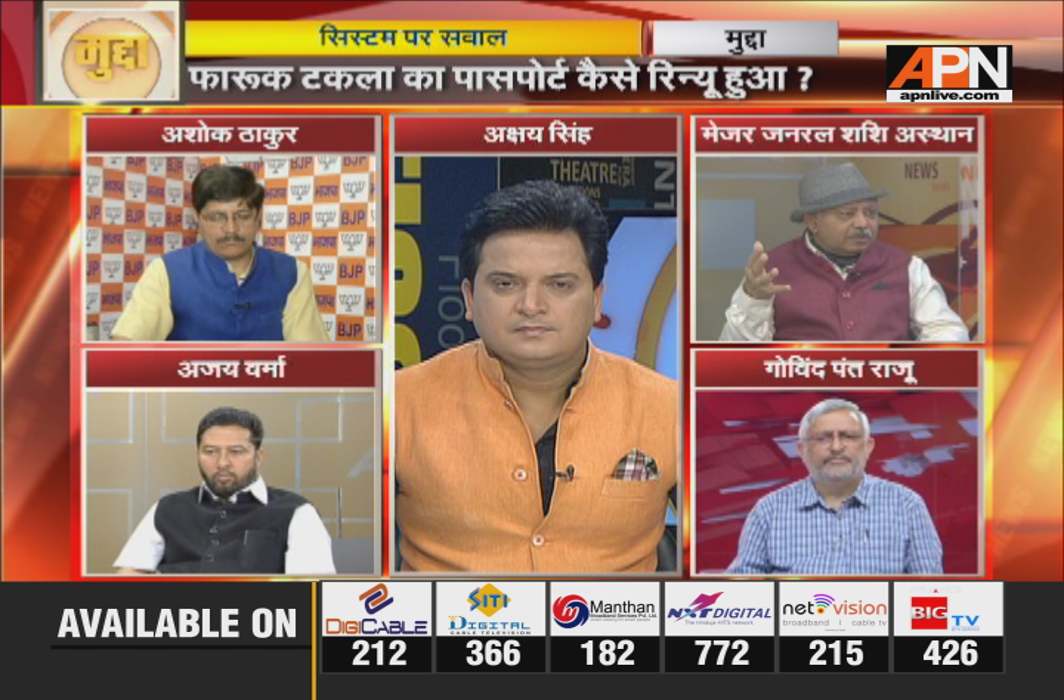 Mudda discusses procedural lapse in granting, renewing Farooq Takla passport, speakers feel it is police who must shoulder responsibility and prompt action is needed to reduce such incidents

The Indian government is probing how a close aide of fugitive criminal Dawood Ibrahim, Farooq Takla, who is also an accused in the 1993 Mumbai blasts case, was issued a passport that was later renewed.

Takla was arrested on Thursday when he landed in Mumbai after his deportation from the UAE.

Asthana felt that measures must be taken to strengthen the intelligence network forthwith.

“Our intelligence is weak. We still can’t find Dawood Ibrahim after so many years. Look at the US which zeroed in on Osama Bin Laden in Abbottabad in Pakistan and liquidated him. But we are a young nation, there is scope for improvement,” he said.  “Every country has a few overt options and a few covert options. We have to increase our number of covert options. Diplomacy, too, plays a role. Hence we have not been able to get Hafiz Saeed prosecuted,” he added.

The two political party spokespersons, however, were content to indulge in whataboutery.

“It has been tweeted that Gautam Adani owes Rs 72,000 crore to banks. Of this, a significant sum is said to have been given on the prime minister’s personal assurance. Proceedings should be initiated to recover this money,” Verma said, digressing but raising a serious allegation.

“During UPA rule, there was Maoist activity in 250 districts of the country. During NDA –I rule, it was just 75 districts. This has again declined,” Thakur, in reply, said.

Raju called for time-bound action on such lapses. “In 2007, in Moga, over 400 people including Khalistanis had fake passports made. Of the, only 25 have got sentences from the court, whereabouts of 150 are unknown. If we take 10 years to probe a single scam, many more scams get generated during that period, and the guilty are never brought to book. We have to be prompt and stringent in cracking down on such irregularities. Over a year ago, passport officers were arrested in Lucknow for taking bribes. But even today, fake passport rackets are in the news,” he said.

Tripathi said it was the police who must bear the onus for this horrendous breach of security.

“The rules for renewal have been relaxed. The time period has now been reduced to three weeks. It is now easier to circumvent these rules. Police, too, take bribes will verifying identities. Hence, the renewal of Takle’s passport happened. The passport office doesn’t have any means of knowing if there is a red corner notice against anyone. Hence it is the police who are to blame for this huge lapse,” he said.

On the issue of former Khalistani terrorist Jaswal Atwal being given a visa, he said, “The Canadian government’s thinking was that if a person’s name is not on any wanted list from 2002 to 2017, they are eligible to avail a visa.”