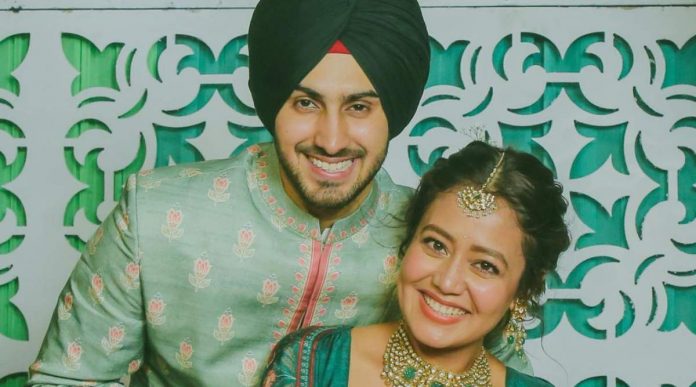 Singer Neha Kakkar on Saturday tied the knot with Rohanpreet Singh in a Anand Karaj wedding ceremony in Delhi in the presence of close family and friends. The pictures from the function are taking the internet by storm. While Neha looked absolutely ravishing in a peach-coloured lehenga, Rohanpreet looked dapper in a pink sherwani. TV stars Urvashi Dholakia, Baani Sandhu and Jassi Lohka were among the invitees for the much-awaited wedding.  The couple is now headed to Punjab where the grand reception will be held.

The love-soaked picture of the couple from their pre-wedding celebrations had been going viral for a long time which made people wonder if this was being done as a publicity stunt to promote their new song, or if the couple indeed getting married for real. However, the duo has finally sealed the deal with the wedding.

The couple had made things official on October 9 when Kakkar and Singh posted pictures with each other with love-dovey captions. Since the couple has been flooding the timeline with their pictures. In one of the captions, Neha mentioned that it was love at first sight for her when she met Rohanpreet. Photos from their roka ceremony and haldi ceremony also went viral on social media. In a picture, shared by Kakkar on Instagram, the couple was twinning in yellow and seemed to be enjoying the pre-wedding festivities to the fullest.

Read Also: Shiv Sena hits out at BJP for promising free vaccine to all in Bihar, says other states are not Pakistan

Recently, the song titled Nehu Da Vyah written, composed and sung by Kakkar gave people a chance to see the chemistry between the adorable couple. A few portions of the song were voiced by Rohanpreet as well who is a singer himself.

Well, we would like to congratulate the adorable couple on their dreamy wedding and  wish them a fantastic married life ahead!