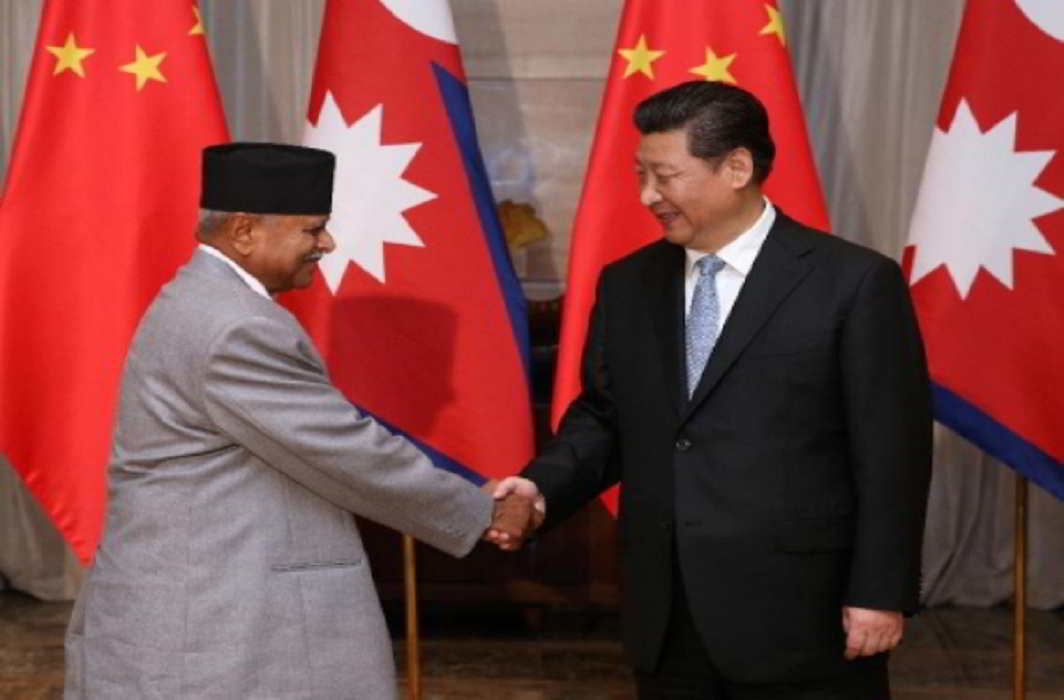 The OBOR is an initiative which plans to increase connectivity and cooperation among China and the rest of Asia with Europe through land as well as maritime routes.

Nepal signed a deal with China on Friday to join Chinese President Xi Jinping’s ambitious project “One Belt One Road” to link Asia with Europe, a move which may worry India. The decision comes ahead of Beijing’s two day One Belt One Road (OBOR) forum starting from May 14.

An MoU on the deal was signed by Chinese Ambassador to Nepal Yu Hong and Nepal’s Foreign Secretary Shankar Bairagi at the Ministry of Foreign Affairs in Singhadurbar, Kathmandu. Deputy Prime Minister and Minister of Finance Krishna Bahadur Mahara and Minister for Foreign Affairs Prakash Sharan were also present during the signing ceremony.

This raises concerns in India, as it becomes the only South Asian country which is opposing Beijing’s initiative. India’s opposition is mainly because of China-Pakistan Economic Corridor, a part of the OBOR, which may pass through Pakistan-occupied Kashmir and raises issues of sovereignty on the region.

“The MoU is an important moment in the bilateral relation between the two countries. Roads and railways connectivity is important for us and we want investment in this sector,” said Mahat. Yu said that the new initiative will bring new opportunities for China-Nepal cooperation and South Asia’s development.

“To promote Belt and Road initiative, we are committed to the principles of extensive consultation, joint contribution and shared benefits. Openness, inclusiveness and mutual benefit are the defining features of the initiative. The Initiative is not only open to the countries in the region, but also open to the countries outside the region who are interested in it,” Yu said.

The OBOR is an initiative which plans to increase connectivity and cooperation among China and the rest of Asia with Europe through land and as well as maritime routes. The draft proposal of the initiative was sent to Nepal late last year and Nepal sent it back with some changes. It signed the OBOR agreement Friday.