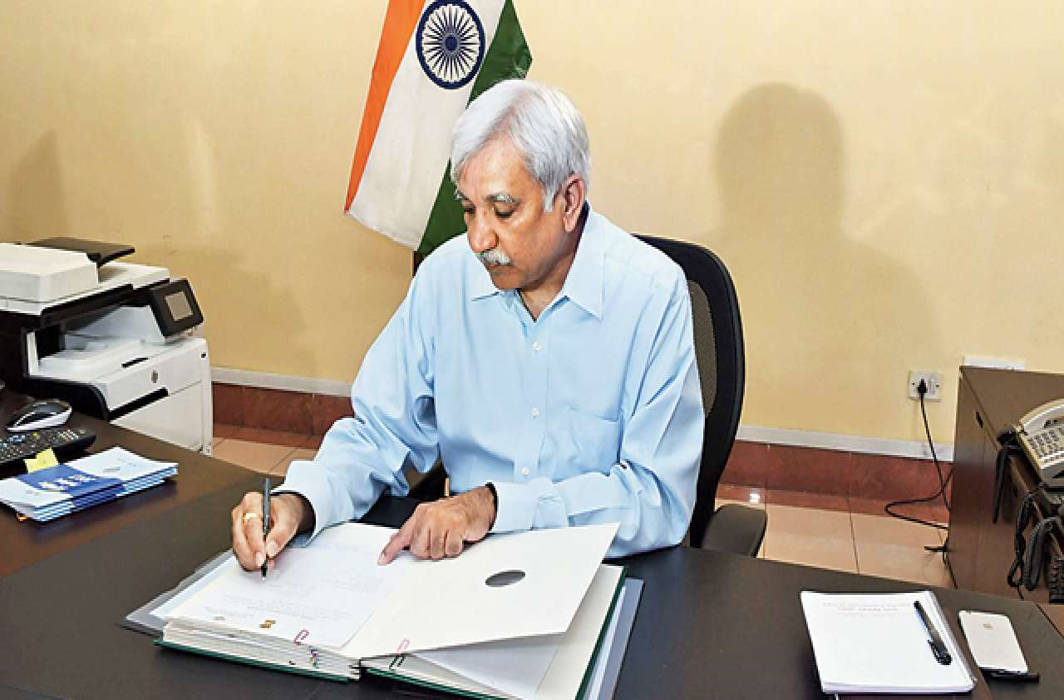 Shortly after taking charge, Arora held a press conference at his office, heard saying “All of us in the Commission will put best foot forward to meet the expectations of all the stakeholders under the purview of Constitution of India,”

Arora also added that “We will ensure voting rights for our soldiers and persons with disability. We will give the country a fair,free, credible, impartial and ethical elections,”

A former bureaucrat, Arora was appointed as the election commissioner in August last year. He had been the information and broadcasting secretary, and secretary in the Ministry of Skill Development and Entrepreneurship.

A 1980-batch IAS officer of the Rajasthan cadre, Arora had worked in ministries such as finance, textiles and also at the Planning Commission.

He had also served as the joint secretary in the Ministry of Civil Aviation from 1999-2002 and the chief managing director (CMD) of the Indian Airlines for five years.

In Rajasthan, besides district postings in Dholpur, Alwar, Nagaur and Jodhpur, he was secretary to the chief minister during 1993-1998 and principal secretary to the CM from 2005-2008. He had also handled information and public relations (IPR), industries and investment departments.