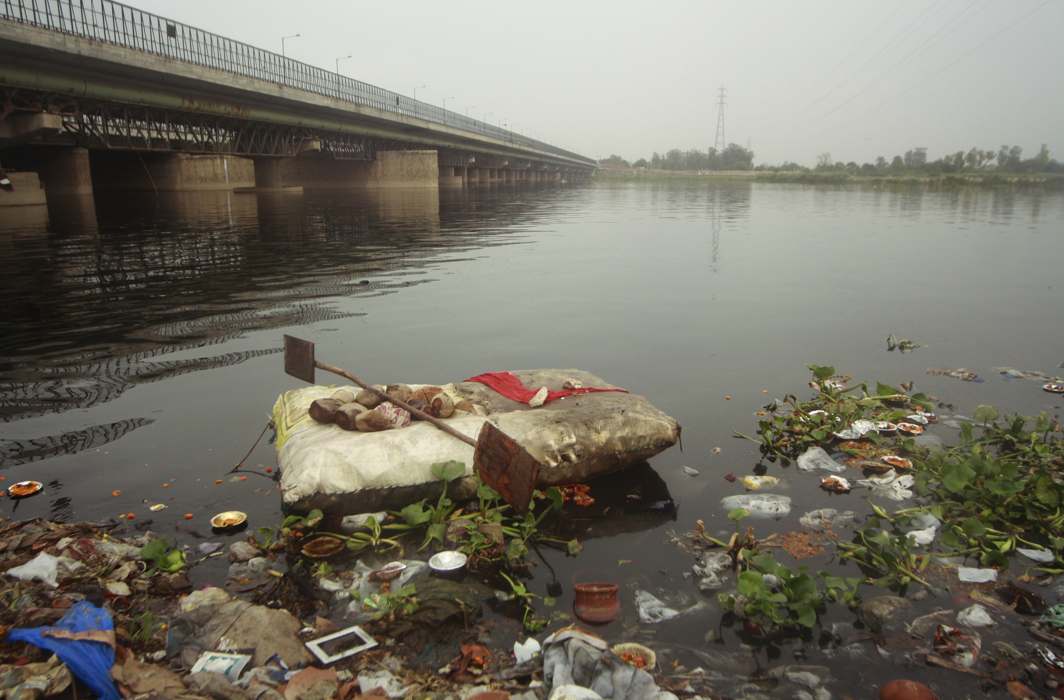 Both the Delhi and Haryana governments have been directed by a bench headed by Justice Jawad Rahim at the National Green Tribunal (NGT) to figure out how the Yamuna river gets polluted and find ways to deal with it.

Earlier, the NGT had told both the states to hold meetings to resolve the vexed issue of ammonia content in the Yamuna water which is being supplied by Haryana to Delhi. This was because the Delhi Jal Board petitioned the Tribunal pointing out that there was a high content of ammonia.

An analysis by the Central Pollution Control Board showed that the ammonia level in most of the areas was as high as 45 times above the safe limit.

The Delhi Jal Board petition said that the level of ammonia when the water enters Delhi was very high and as the water was heavily polluted it could not be treated for drinking. It warned that there will be a health crisis in the National Capital Region if such water was consumed.

Almost sixty percent of the water supplied in Delhi is from the Yamuna. The river has to absorb around 850 million gallons of sewage per day. Out of this, only about 400 million gallons gets treated by the 33 sewage treatment plants.

The Tribunal said that the Pollution Board and the Jal Board should be involved together to deal with the polluters and check the pollution level.

When the river starts from its source in the Yamunotri glacier in the Himalayas, it is a sight to see as it has clear clean water. Till it reaches Delhi, the Yamuna is a healthy river. As it flows through a stretch of around 20 kilometers meandering through India’s capital city, it chokes on the toxic raw sewage and poisonous industrial effluent that is drained into the river at nearly two dozen points.

When the river enters the city at Wazirabad, the dissolved oxygen content is around 7.5 milligrammes per litre. When the river exits the city, it is down to 1.3 milligrammes. The Central Water Commission says that the river has the highest level of biochemical oxygen demand when it passes through the city.

Union Water Resources and River Development Minister, Uma Bharati says that sewage from Delhi’s drains is responsible for 80 per cent of the pollution in the Yamuna.

Over 600 villages use the Yamuna water for irrigation. Environmentalists warn that this can have a hazardous effect on the health of people consuming the vegetables and fruits that grow in these fields. Even in the mid-nineties, tests on vegetables grown on the Yamuna floodplain were found to have heavy metals.

Over Rs. 2000 crore has been spent till now in attempts to clean the Yamuna.

Many times a year, one can see the whole river turn into a sea of white foam due to increased industrial effluent that directly flows in from the factories in the capital into the river. It has been happening for years now.

I have seen the Yamuna for the last 26 years and the condition has not improved at all despite crores of rupees spent in cleaning the river. Stretches of the river do get cleaned but are polluted again as both dry and wet waste is being thrown into the river day after day.

A lot of it is avoidable. Yamuna is also a sacred river for the Hindus. A lot of religious ceremonies take place on its banks. Flowers are thrown into it and oil lamps are allowed to float away from its shores.

There is also a high content of coliform which is human and animal excreta. In some parts it is hundreds of times more than the safe limit.

Rapid urbanization, untreated sewage, open defecation are some of the reasons why the Yamuna is dying. There are thousands of settlements along the Yamuna that are illegal and so they do not have a sewerage system.

The mess is ironical as last year the High Court of Uttarakhand in a landmark judgment had declared that the Yamuna and the Ganga were living entities. At the moment, death is hanging over the river that is today more of a gutter.