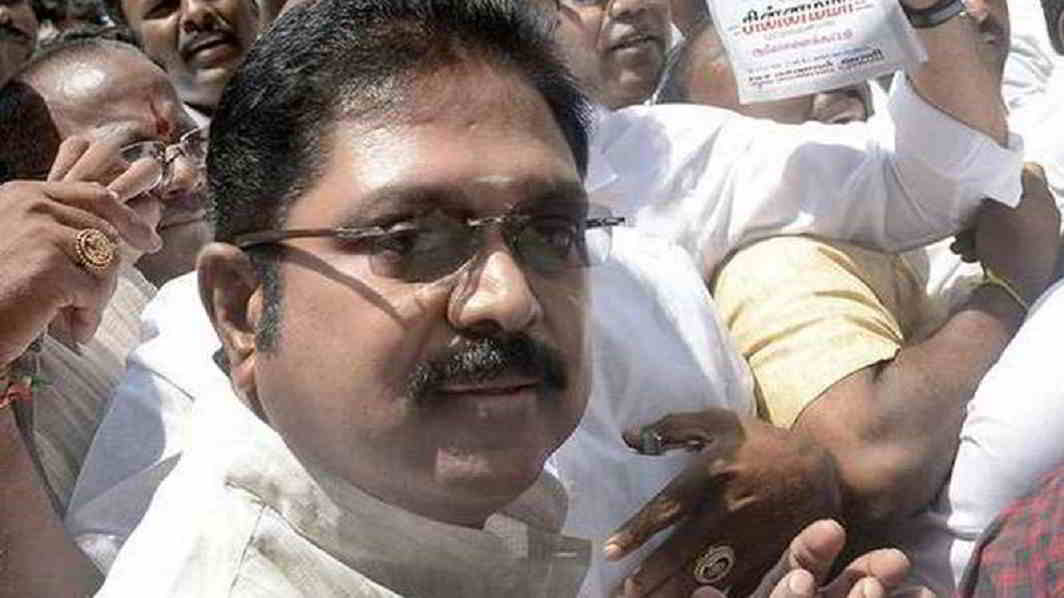 A Special Court in New Delhi on Tuesday asked the Delhi Police why no action has been initiated against AIAIDMK (Amma) de facto general secretary TTV Dhinakaran regarding his involvement in an Election Commission (EC) bribery case.
Special Judge Poonam Chaudhary asked the police about the action when the latter produced Sukesh Chandrasekhar, the alleged middleman who allegedly made a deal of Rs 50 crore to help the AIADMK rebel faction keep the two-leaves poll symbol. Chandrasekhar’s police custody of eight days, which expired today, was also extended till April 28 by the court.

“What is the position of the main accused … What action has been taken against Dhinakaran. Why are you not taking action against him? The whole allegations are against him,” the judge asked in court.

The police sought five-day custody of Chandrasekhar, saying they have to make some meetings with some hawala operators. But the court extended the custody to just three days.

Chandrasekhar’s counsel opposed the idea of extension of custody saying the FIR alleges of a conspiracy with Dhinakaran, who is still free.
The nephew of AIADMK (Amma) general secretary VK Sasikala was grilled on Monday for more than seven hours. He later confessed to meeting Chandrasekhar, but denied any charges of paying money.

Reports say that Dhinakaran allegedly made an attempt to bribe an Election Commission of India official to secure the party’s symbol of two leaves for the by-election in RK Nagar Assembly seat which fell vacant after former CM J. Jayalalithaa’s death.

Sukesh was caught on April 16 and a FIR was filed. According to police, his links with EC functionaries are under investigation.