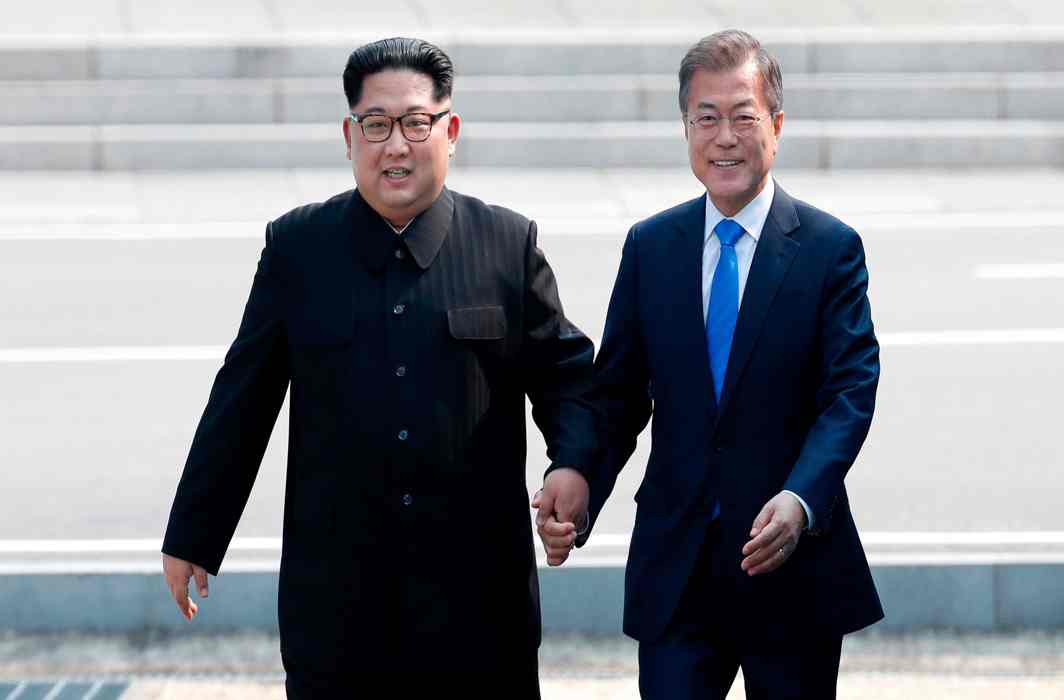 Choe and Yoo defeated Alvaro Robles and Galia Dvorak of Spain 3-2, while Jang and Cha moved on to the last-16 after their Mongolian opponents, Battumur Baatar and Delgermaa Mergen withdrew from the event.

North Korea Times reports that in addition to the mixed doubles pairs, the Koreas will also field one joint team each in men’s and women’s doubles event.

This comes at a time after North and South Korea agreed to hold a family reunion event by mid-August this year, as decided the two leaders during the historic inter-Korean summit at the Demilitarised Zone (DMZ) on April 27 this year.

Korean War (1950-53) ended in an armistice agreement and not in a peace treaty. The two Koreas are still technically at war, although Moon and Kim had pledged at the inter-Korean summit that they will sign a peace treaty to end the six-decade Korean War formally.

On June 12, US President Donald Trump and North Korean leader Kim Jong-un held summit in Singapore and discussed denuclearization of North Korea and removal of American sanctions against Pyongyang. However, there are contradictory signals from both the capitals about the the follow-up of the summit.

Earlier North Korea participated in 2018 Winter Olympics in Pyeongchang, South Korea along with a high power delegation headed by sister of Kim Jong-un.