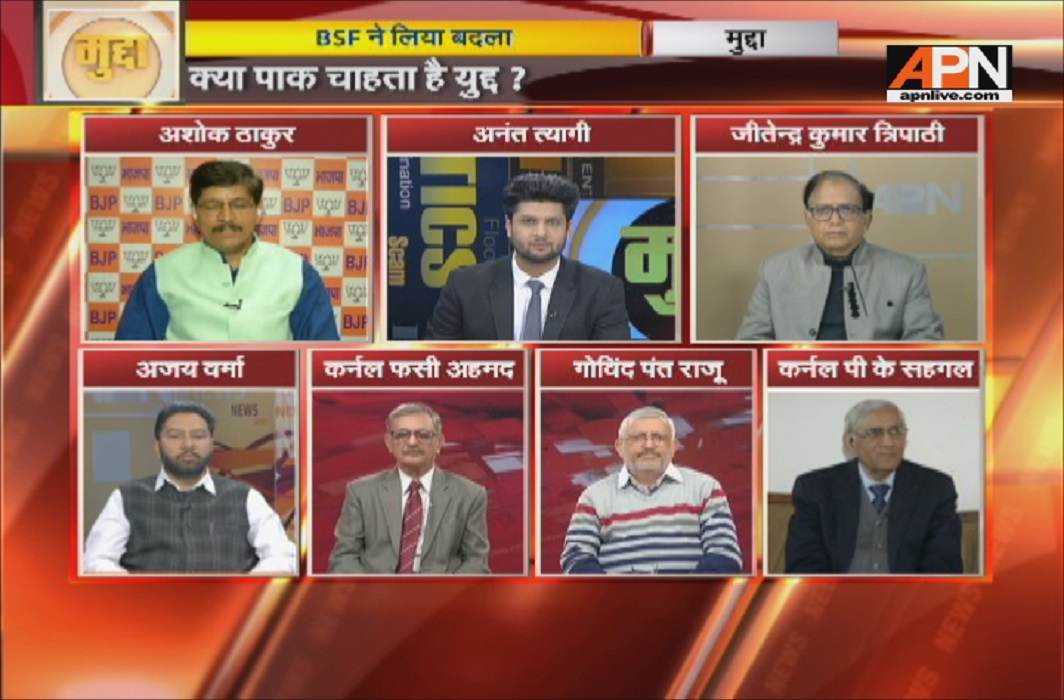 Mudda discusses ceasefire violations at Jammu & Kashmir border and ponders what would be the correct strategy, both in military and diplomatic terms

Saturday’s Mudda discussed the ceasefire violations by Pakistan in Poonch and Jammu which left an army jawan martyred and two civilians killed. Some reports also show the death toll to have risen to 10. The firing and explosions left many civilians severely injured and buildings damaged. Firing of mortars from the Pakistani side is reportedly still continuing and, therefore, casualties can further increase.

Verma said the policies of the BJP government were beyond one’s understanding. “They do 10 percent of the work and show 50 percent,” said Verma. He also said that the BJP government, even after three years in power, is busy asking what the Congress did in the last 70 years. “Rather than raising questions on the Congress, it would be better if the government worked on its policies,” Verma said.

Thakur put forward the government’s stand saying that after the surgical strikes Pakistani ceasefire violations had reduced by 45 percent and moreover, the government has given the army all the powers to work freely, without any government interference.

Tripathi advised both BJP and Congress that “irrespective of the party in power, the foreign policies of the government have always been successful, so it is better if both the parties stop fighting and work towards the betterment of the public”.

Asked if India’s policy of not firing first is the reason behind Pakistan’s confidence, Tripathi retorted, saying “it is not Pakistan’s confidence but its frustration” that is on display. “Pakistan does such ceasefires whenever any major event takes place; this time it was Netanyahu’s visit, Prime Minister Modi is going on a visit to Davos and after that we have our Republic Day; so such ceasefires can be expected till the end of January,” Tripathi said.

Raju said that the world knows it is Pakistan who is making the ceasefire violations and not India. “India’s military strength is different but what is needed here is taking on Pakistan diplomatically. However, there is no diplomatic tactic being used by the government so far,” Raju said.