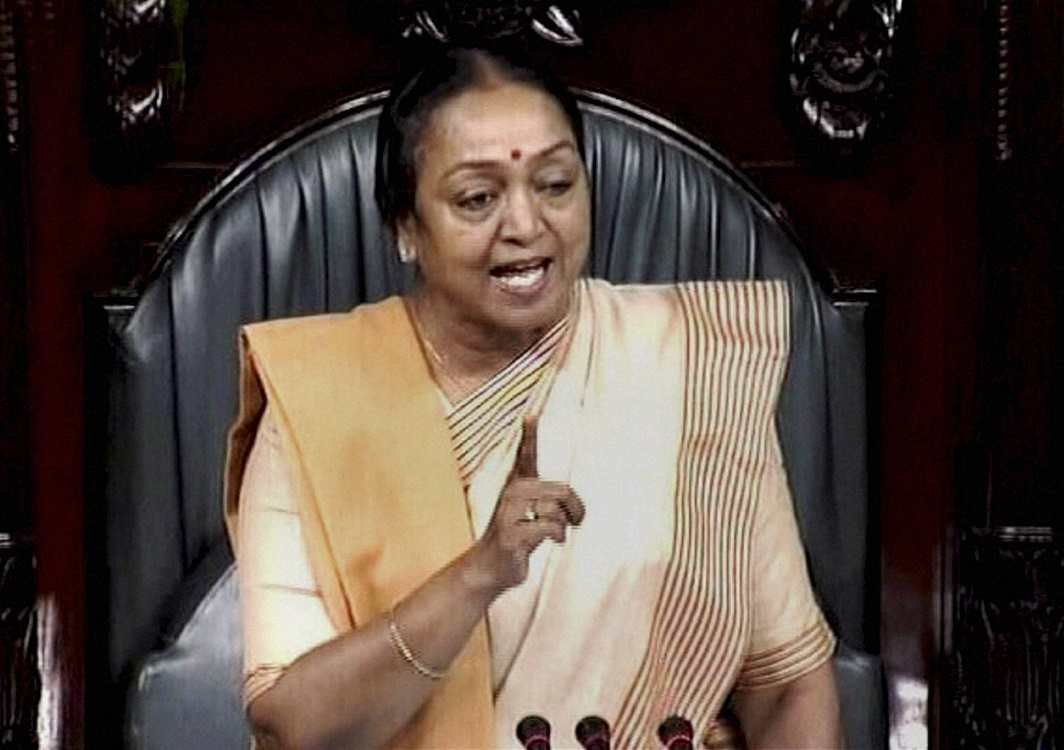 Meira Kumar was chosen as their candidate for presidential elections by 17 Opposition parties at a meeting at Parliament library on Thursday.

However, the Opposition’s main intention behind coming together to field a candidate against BJP-led NDA’s nominee seems to have run into problems. This was to be an attempt to forge a unity among Opposition parties for a joint front against the BJP in the next Lok Sabha elections due in 2019.

This suffered a setback as the Janata Dal (United) has favoured Kovind, who was the Bihar Governor. The BJD and INLD have also reportedly sided with the NDA pick, revealing the cracks in the Opposition camp.

Announcing Meira Kumar’s candidature at a press conference in Delhi, Leader of the Opposition in the Rajya Sabha Ghulam Nabi Azad said: “Opposition parties have unanimously proposed the name of Meira Kumar for the upcoming Rashtrapathi Election…”

Speaking about the meeting, CPM general secretary Sitaram Yechury said: “Between the other four names we considered — Meira Kumar, Sushil Kumar Shinde, Bhalchandra Mungekar and  Prakash Ambedkar — the point was we chose a name on which everyone agreed. It was a unanimous choice of all the Opposition parties and we have appealed to others in the opposition to support her.”

Azad said the Opposition could not have picked a better candidate. Meira Kumar has worked in various Indian missions across the world as an IFS officer. The five-time Lok Sabha MP was the union minister for Water Resources in the United Progressive Alliance government. Meira Kumar has also served as Lok Sabha speaker from 2009 to 2014.

Being the daughter of late Dalit icon Babu Jagjivan Ram, he candidature against NDA’s Ram Nath Kovind, also a Dalit, makes it a Dalit vs Dalit contest for presidency.

JD(U)’s ally in Bihar, RJD has, however, backed the idea of fielding an Opposition candidate. RJD chief Lalu Prasad was reported to have told journalists after the Opposition meeting, “Nitish ji called me, said that it is his personal decision. I would appeal to him to rethink. Won’t break alliance.” He said the Opposition was fighting an ideological battle with the NDA and not the merits and demerits of a candidate.