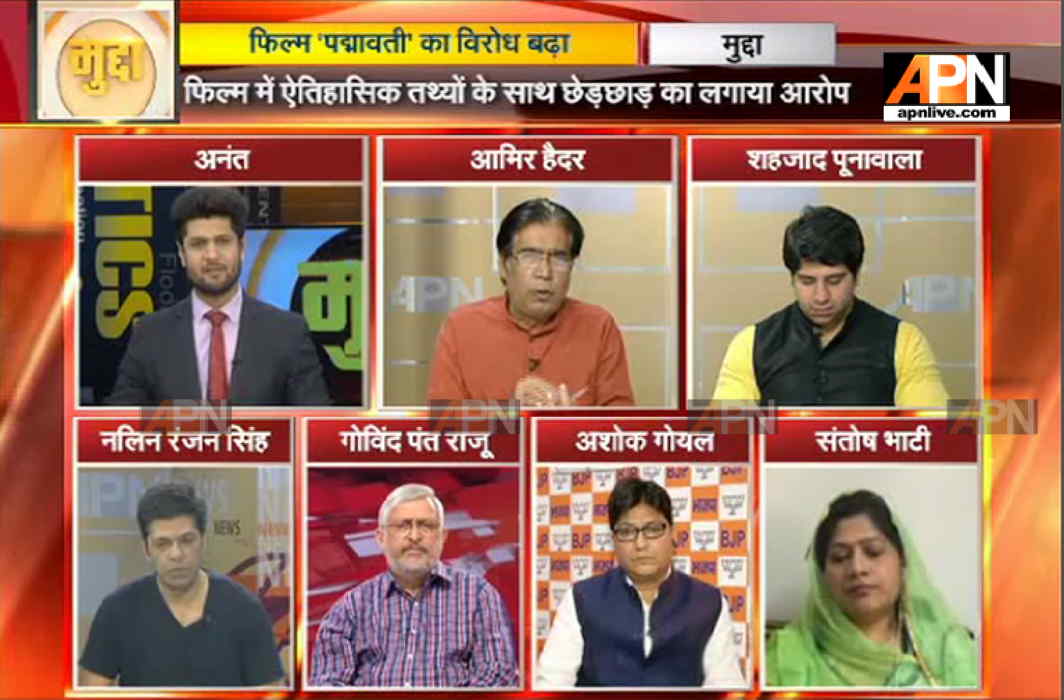 The top court may have okayed the December 1 release of the Bollywood film, Padmavati, but controversy still rages over its depiction of Padmini, queen of Sisodias, even though a sting operation by a premier TV channel punctured the Karni Sena’s claims of Rajput pride by exposing its extortion plans behind its vandalising the film sets.

Bharti complained about the costumes and the decision to have the queen dance, saying it damaged the modesty of Padmini, the historical figure. “Even an ordinary Rajput woman like me would not dance before the public eye as we consider it an immodest act,” she said. But she praised the performance of the traditional ghoomar in the same breath and added that damaging property was not the right way to express one’s objection to the whole idea.

Raju felt that the issue should not be politicised and discussed as a cultural topic only.

Nalini Ranjan condemned ideating Alauddin Khilji’s romance with the queen, even if it was all in Khilji’s mind in the said fiction, as claimed by Bhansali. He added that such a fiction was not available in literary form. When pointed out that historical fiction is a legitimate artistic genre, he said that writers of that should always be prepared to face legal and popular backlash.

Poonawala decried the vandalism and alleged that the people have lost confidence in the film censor board and the Film Certification Appellate Tribunal.

Goyal, too, opined that Padmavati, being an adarsh Bharatiya nari who performed jauhar, was an icon of women’s empowerment and her character should not be revisited, even for frivolous reasons. He vociferously opposed the citizen, thinker and artist’s fundamental right to freedom of expression if it went against historical fact, or what is taken for it, Bhansali and his team’s clarifications that they were dealing in fiction notwithstanding.

Interestingly, this was a rare moment on Mudda when both the Congress and the BJP spokespersons seemed to be on the same side of the fence.

CPI leader Aamir Haider, who was also part of the show, struck the only discordant note. Tongue in cheek, Aamir said that it was being made out as if Hinduism was in grave danger on account of this film despite the fact that all important positions of power in the country, including the posts of the prime minister, the president, the chief justice of India and the three service chiefs, were all being occupied by persons belonging to the faith.

Much ado over nothing, even as bad derivative fiction such as Amish Tripathi’s Shiva trilogy in print and Sri Krishna on television continues to sell like hot cakes. But again, fanfiction, especially on the topic of Indian mythology, is a popular genre, as well as a legitimate one. Disagree, anyone?