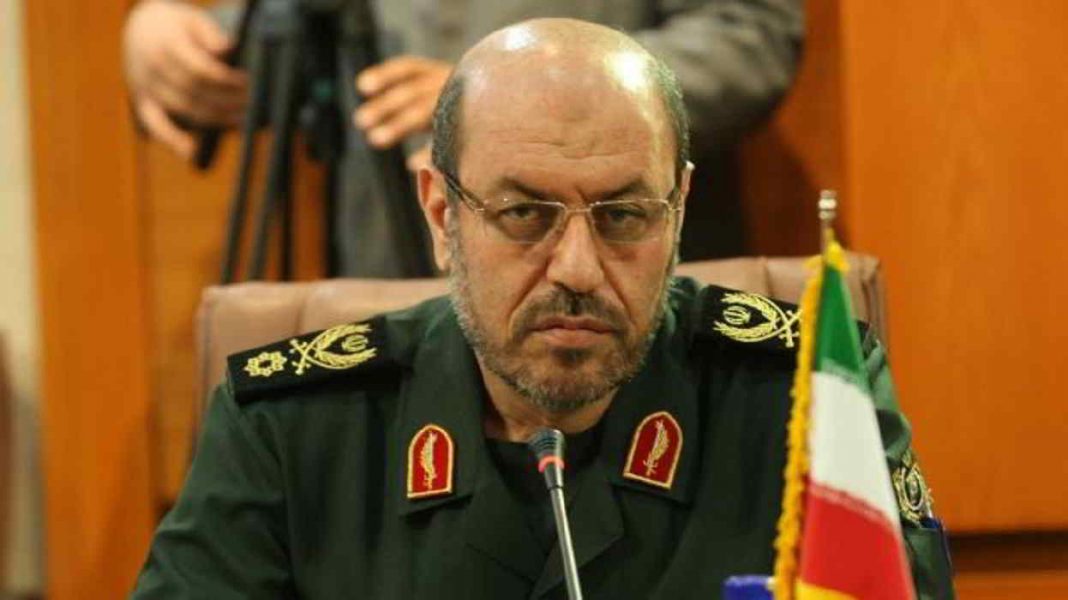 Sunni groups in Pakistan have been harassing and abducting Shias, heading to and from Iran, for quite some time.

In a rare show of muscle, Iran has warned Pakistan that it will not hesitate in attacking areas “sheltering” terrorists on its soil if it does not tighten control over its borders and stop cross-border attacks in the Siestan-Balochistan province.

The head of Iran’s armed forces Major General Mohammad Baqeri made the comments on Monday in Tehran after two weeks since 10 Iranian border guards were killed near Pakistan territory. Jaish-ul-Adl, a Pakistan-based hardliner Sunni group, which claims to be fighting for gaining independence in the Iranian province, claimed responsibility for the attack.

Jaish-ul-Adl or Army of Justice was also responsible for abducting five Iranian border guards in 2014. Iran, at that time, had also threatened to send its troops into Pakistan to retrieve the abducted guards. However, four guards returned alive after a religious leader helped to resolve the situation. One of the Iranian guards was killed by the Jaish-ul-Adl.

Meanwhile, Iran’s Defence Minister Brigadier General Hossein Dehghan retorted on Sunday to a recent threat from Saudi Deputy Crown Prince Mohammad bin Salman that a Saudi-Iran war will be fought on Iranian soil. Dehghan said that if the Saudis did anything stupid, the Iranian army will hit back and destroy everything in the kingdom except Mecca and Medina, housing the two grand mosques.

He referred to the ongoing Saudi bombing campaign of Yemen and said the Saudis think they can do anything because they have an air force.

In continuation to his earlier remarks, Iran’s Defense Minister said on Tuesday that Saudi Arabia has become so “miserable” as to ally with Israel against Islamic Republic of Iran. He was speaking to Lebanon-based Arab language Al-Manar TV network owned by Hezbollah.

Saudi Deputy Crown Prince Mohammad bin Salman had accused Iran of seeking to take over Islamic holy sites in Saudi Arabia saying, “We won’t wait for the battle to be in Saudi Arabia. Instead, we will work so that the battle is for them in Iran.”

In his reaction to the Saudi royal’s remark, the Iranian Defence Minister said Tehran is neither interested in nor will it occupy any Arab or Muslim country.

According to Press TV, a Tehran-based official English language TV network, Saudi Arabia has been a known sponsor of extremist Wahhabi groups wreaking havoc in the region and beyond. It has also been leading a group of its vassal states in a war on Yemen since March 2015.

On February 22, 2010, Iranian agencies successfully arrested Abdolmalek Rigi, leader of Pakistan-based Jundullah, a Sunni extremist group, while he was flying from Dubai to Bishkek, Kyrgyzstan. He had reportedly met CIA officials in Kabul a day prior to his arrest and was about to meet ‘senior officials’ in the Central Asian country. Iranians forced the plane to land at Bandar Abbas where he was arrested, all this without a single bullet being fired.

Jundullah, or Soldiers of God has been operating since 2002 in the borderlands between Iran, Pakistan and Afghanistan. It claims of fighting to defend human rights, culture and faith of ethnic Baluchis, the Sunnis. Tehran alleges that the group receives tactical support form forces with Pakistan’s notorious military intelligence that helped Afghan Taliban. It also alleges Saudi Arabia and CIA for encouraging the armed groups in that country.

Iran’s Intelligence Minister, while addressing a Press Conference in Tehran next day, hailed Rigi’s arrest and displayed pictures of his meeting with CIA officials in Kabul. On February 25, 2010, Iranian state television broadcast footage of a supposed confession made by Rigi, saying he was flying to Central Asia to meet with American handlers at the US-run Manas air base in Kyrgyzstan.

Rigi was hanged in Tehran’s Evin prison in June the same year for his involvement in terrorist attacks in Iran. He was accused of being behind a series of deadly bombings and raids in Siestan-Baluchistan.

Iran has been playing an important advisory role in the fight against Daesh (ISIS) in Iraq and Syria and protecting its western borders from the menace. It has also been engaged on protecting its soil from Sunni armed groups from three sides. Geographically, Iran is surrounded by Pakistan, Afghanistan and Iraq, where Wahhabi-influenced Jaish-ul-Adl, Jundullah, Taliban and Daesh (ISIS) were actively involved in gruesome terror acts.

Experts believe that Pakistan has become the ground for Saudi Arabia’s proxy war against Iran. Pakistan was host to a number of Afghan leaders and millions of refugees while the US was indirectly fighting Russian forces in Afghanistan through Wahhabi-inclined mujahids during the 1980s.