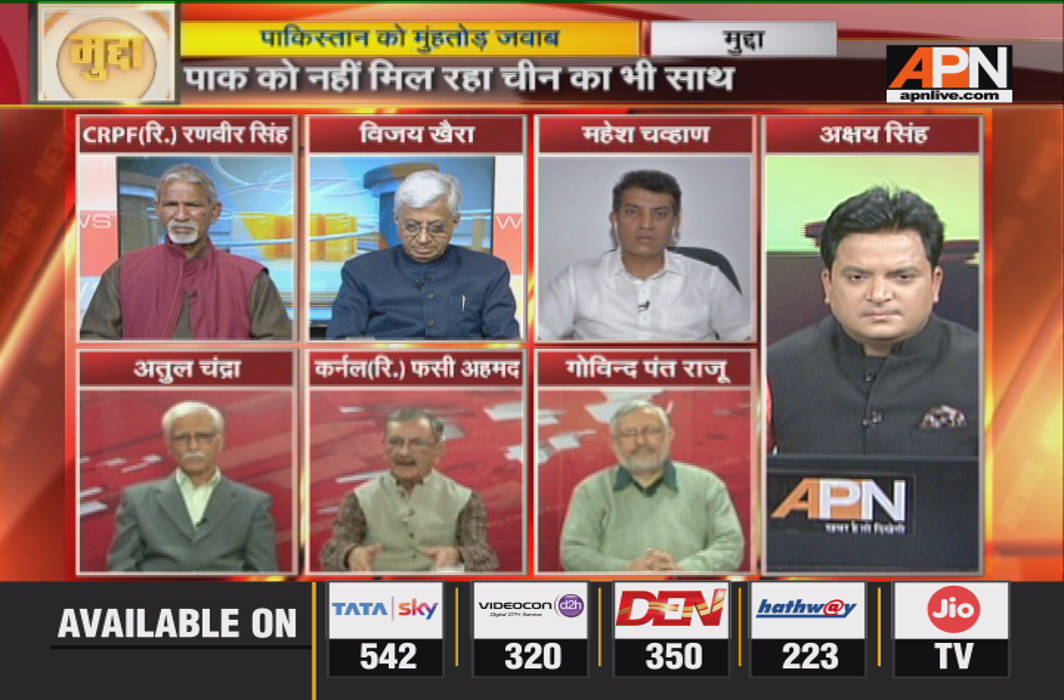 It has been reported that Pakistan’s F-16 aircraft has been shot down in Rajouri.

Keeping security situation in concern Mumbai, Delhi and Punjab are on high alert. It has been reported that all indian airports near Pakistan border have been put on high alert for security reasons.

Colonel Fasi was the first to speak, who said “We were continuously warning Pakistan to take stand over the terrorist organizations which are being run in their provinces but they didn’t listen to our warnings, so we had to take action over that and the IAF air strike is an example of this.”

Ranveer Singh said “Pakistan is tensed by the IAF’s attack on their terror camps, Jaish-e-Mohammed camps and their control rooms, they had not expected something like this, and the way India is getting support from America, France and other power country is also making Pakistan annoyed.”

Vijay Kheda said “First of all I would like to congratulate PM Modi for such a move and IAF has done a courageous act which is being praised all over India.”

He also added that “Pakistan is feeling helpless after the IAF air strike as no powerful country has shared any statement of sympathy with Pak and have warned them to take a stand against the terrorist organizations which are being run in their provinces.”

Atul Chandra said “Pakistan is frustrated by the IAF air strike and they are feeling embarrassed as well and must be planning of something deadly and revengeful, so India needs to be watchful and must be alert as it is very difficult to anticipate about Pakistan’s next move.”

Mahesh Chouhan said “Instead of commenting anything on PM Modi’s leadership I would like to say that I have full faith in Indian Army and I can say that our Army is capable enough of handling any situation and IAF aerial attack was an example of its courageous act.”

Govindpant Raju said “The Indian Air Force has given an example of the courageous act and it is a lesson to Pakistan to make it alert and our forces too are on high alert as after the aerial attack, Pakistan will be planning something which will not be good for India.”

Fasi said “This time Imran Khan must be feeling helpless and annoyed as first he was tackling the pressure of Pakistani Army and now he must be feeling worried about Indian Army as well.”

Singh said “We must be alert as Pakistan will surely be planning of something fatal and the terrorist organizations in Pakistan can make a revengeful attack.”

In an overall discussion it has come to our knowledge that our panelists has full faith on Indian Army and they know very well that our Army is capable of handling any situation but at the same time it is also being advised to the civilians they should also be alert and watchful of their surroundings.