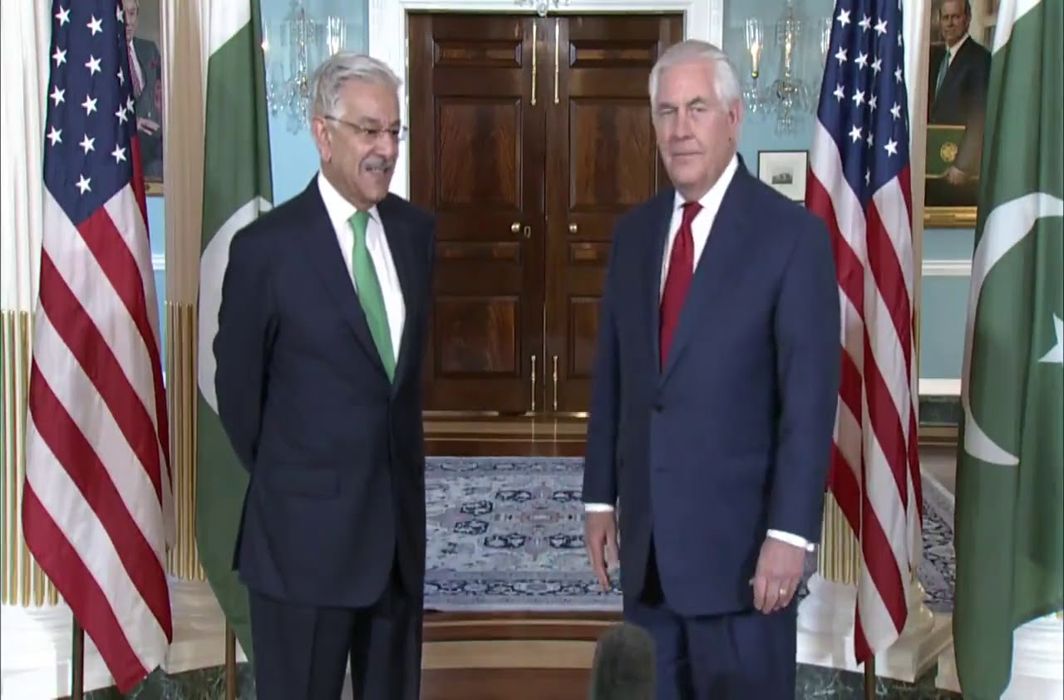 A sigh of relief was felt in Islamabad when Pakistan was given a three-month reprieve by a global watchdog over a US-led motion to put the country on a terrorist financing watch-list. This was announced by foreign minister Khawaja Asif said late on Tuesday.

According to Reuters report from Islamabad, member states of the Financial Action Task Force (FATF) have been meeting this week in Paris, where it was expected that they would decide on a US motion — backed by Britain, France and Germany — to have Pakistan added to the so-called ‘grey list’ of countries not doing enough to comply with terrorist-funding regulations.

Foreign Minister Khwaja Asif, who is currently in Russia, tweeted that Pakistan’s “efforts have paid (off)” during a Tuesday meeting on the US-led motion, suggesting there was “no consensus for nominating Pakistan”.

Our efforts paid,FATF Paris 20Feb meeting conclusion on US led motion to put Pakistan on watch list
-No consensus for nominating Pakistan
-proposing 3months pause &asking APG for another report to b considered in June الحمداللہ
Grateful to friends who helped

Asif has also suggested that FATF meeting proposed a “three months pause” and asked for the Asia Pacific Group, which is part of FATF, to consider “another report in June”.

Pakistan has been working hard to avoid being added to the “gray list” of the countries deemed non-compliant with anti-money laundering and terrorist financing regulations by the FATF.

However, Channel News Asia reports that a State Department official, while speaking with a request not to be identified, could not confirm that FATF deferred action for three months, saying that organisation’s deliberations are confidential until it makes them public.

Earlier Pakistan had submitted a report about the progress it had made in curbing terrorist financing. However, US submitted its motion before the Pakistan report could be discussed at the Paris FATF hearing.

Washington has been exerting pressure on Pakistan to “do more” to destroy the “terrorist havens’ on its soil. Washington has been threatening Islamabad to get tough over its alleged ties with militants. Trump administration had suspended aid worth about $2 billion last month.

Pakistan government has been concerned that the FATF decision could hurt its banking sector, causing financial difficulties to the economy at a time when national elections are scheduled in July this year.