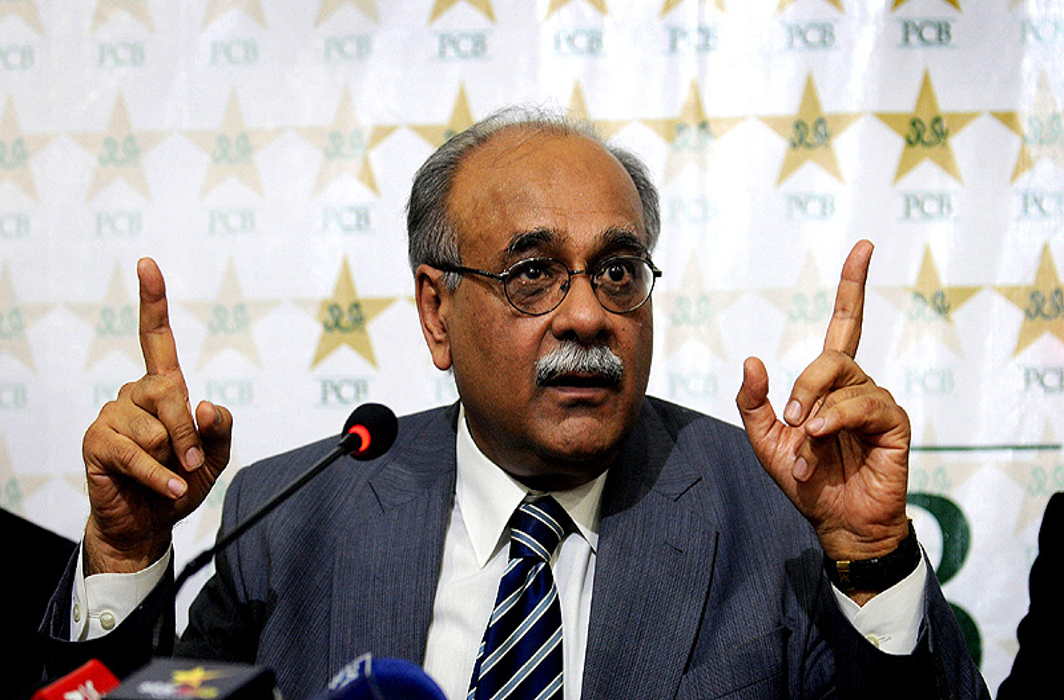 Pakistan Cricket Board is ready to accept any ruling of the International Cricket Council (ICC) disputes resolution committee but wants Indo-Pak bilateral series is added to the Future Tours Programme (FTP) for 2019-2023 if it wins the case.

According to Dawn, Najam Sethi, the chairman of the PCB, who returned after attending several meetings of the ICC Executive Board and other committees in Kolkata, told the media on Sunday in Karachi that that Pakistan had signed the FTP documents conditionally.

Sethi, a career journalist, stressed “We have made it clear that if the ICC’s disputes resolution committee rules in our favour in October, then India must play against us in the new FTP programme.”

He said that he had signed the documents on the condition that if the ICC committee ruled in PCB’s favour, matches against India would be added to the FTP.

“Even if the result is otherwise we still have got confirmed around 123 matches in the new FTP so we have done well,” he added.

The ICC gave final shape to the FTP at the meeting in Kolkata but the current schedule does not include any Pakistan-India bilateral matches.

PCB has also filed a compensation case with the ICC, saying that the Board of Control for Cricket in India (BCCI)  has not honoured an MoU signed in 2014.

According to Dawn, the ICC has said its disputes resolution committee will arrive at a verdict on the compensation claim of around $70 million by Pakistan after a four-day meet in Dubai in October.

The Pakistani official Sethi has expressed confidence that Pakistan can win the compensation case as its legal team has prepared a strong case against India’s BCCI.

“Our stance remains that the MoU signed between the two Boards in 2014 during the ICC meetings confirmed that both boards would play six bilateral series between 2015 and 2023,” the PCB chairman said.

The BCCI has said the MoU is not a legally binding document and was conditional to Pakistan supporting the ‘big three’ governance system which has been dissolved now and that they had said they needed government clearance to play against Pakistan.

Sethi clarified that Pakistan had no objections for playing against India but first the ICC will have to decide the case.

In June 2014, the PCB stated that an agreement to play six bilateral series has been signed with the BCCI during the ICC annual conference in Melbourne. After lengthy negotiations, involving offers and counter-offers on the venues and scheduling of the first of these series in December 2015, the boards were unable to reach an agreement, and the BCCI did not tour for a full series against Pakistan in the UAE.

In May 2017, BCCI secretary Amitabh Choudhary said that the BCCI would need approval from his government before a bilateral series can go ahead. The 1999 Kargil war and the 2008 Mumbai terrorist attacks have also interrupted cricketing ties between the two countries.

India-Pakistan cricket matches are some of the most watched television broadcasts in both the countries. The 2011 Cricket World Cup semi-final attracted average audience of nearly 135 million in India alone. The 2015 World Cup opening match between the two arch-rivals had a 14.8% TV rating. The approximate amount of viewers for the India vs Pakistan match at the World T20 in 2016 was more than 83 million.

Najam Sethi is a prominent journalist, who, along with chairing PCB, serves as the editor-in-chief of the Friday Times and chairman of Pakistan Super League. He has served as the caretaker chief minister of Punjab during 2013 elections.

Cristiano Ronaldo lashes out at Ballon d’Or chief after Lionel Messi claim, says he is not desperate to land more Ballon d’Ors than Messi