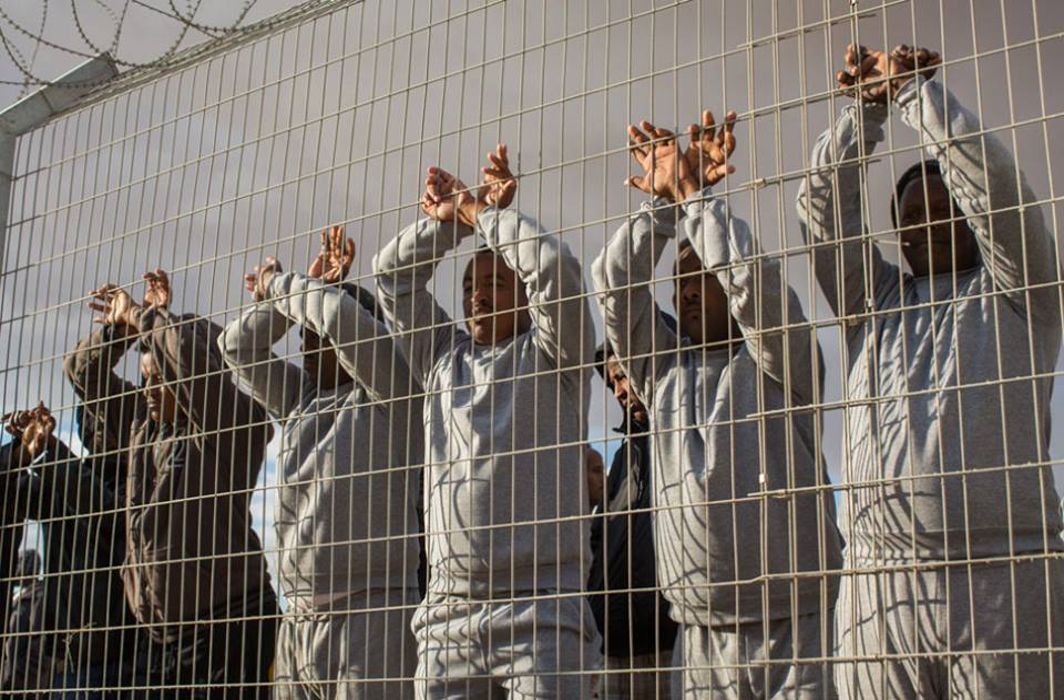 More than 450 Palestinian administrative detainees in Israeli prisons without any charges or trial have jointly announced their open-ended boycott of military courts.

According to Aljazeera network, hundreds of Palestinians held in Israeli prisons issued a joint statement Thursday saying that their decision had been taken “collectively and unanimously”.

The statement said, “The core of resisting administrative detention policy comes from boycotting this Israeli legal system.” It further said,  “We put our faith and trust in our people, their power and institutions, and in the civil society which will not leave us alone in this fight.”

Keeping administrative prisoners is a vague legal process that allows Israeli authorities to imprison Palestinians from occupied West Bank and Gaza Strip without charge or trial for an indefinite period. The detentions are based on undisclosed “secret evidence”.

The Palestinian detainees also urged the Palestinian Authority, headed by President Mehmoud Abbas, to take the issue of administrative detention to the International Criminal Court (ICC) “as soon as possible”.

There has been rise in the number of administrative arrests because of huge protests triggered after US President Donald Trump recognised Jerusalem as Israeli capital in December last.

Sahar Francis, director of Addameer, a Ramallah-based prisoners’ rights group, said there were three stages to the prisoners’ move. He told Aljazeera, “The first is to boycott the reaffirmation hearings, which endorse detention based on an undisclosed national security threat.”

“Then, they will boycott the appeals court, which is a military court, but there for lawyers to appeal the reaffirmation decisions. And the final stage is to boycott the option to appeal to the constitutional court.”

Amjad Al-Najjar, lawyer for the Habron based Palestinian Prisoners Club (PPC) said that the lawyers representing the detainees have also agreed not to attend court hearings. He was quoted saying, “We have agreed to adhere to the prisoners’ wishes and have a moral obligation to do so.”

During the boycott, administrative detainees may lose family visitation, access to prison canteens, as well face the possibility of solitary confinement. It may also result in forceful transfer of prisoners, which constitutes “kidnap”.