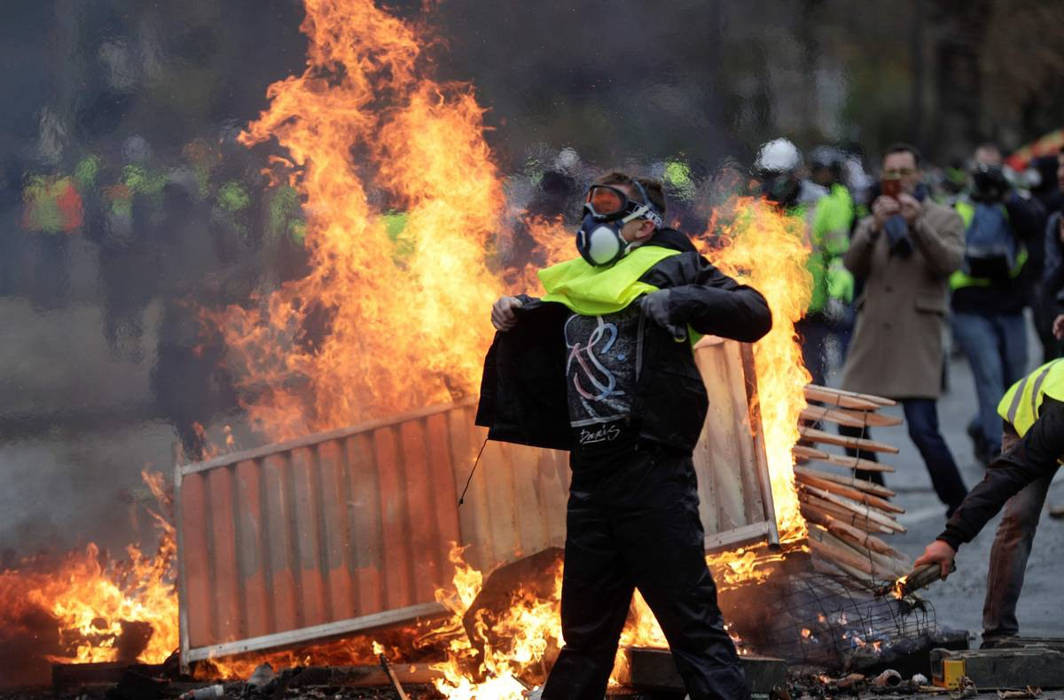 Paris was on high alert on Saturday with major security measures in place ahead of “yellow vest” protests which authorities fear could turn violent for a second weekend in a row. Shops, museums, metro stations and the Tour Eiffel were due to close, while top-flight football matches and music shows were cancelled.

The protests over rising living costs, named after the high-visibility safety jackets French motorists have to keep in their cars, have been on since November 17 over the squeeze on household budgets caused by fuel taxes.

Demonstrations have since swelled into a broad, sometimes-violent rebellion against Macron – a challenge made more difficult to handle since the movement has no formal leader.

Authorities say the protests have been hijacked by far-right and anarchist elements bent on violence and stirring up social unrest in a direct affront to Macron and the security forces.

France’s interior minister Christophe Castaner said he expected “only a few thousand people” to descend on the capital after the 8,000 protesters counted last weekend, “but among them are ultraviolent individuals”.

“These past three weeks have seen the birth of a monster that has escaped its creators,” he said, adding that a “large-scale” security operation would be launched Saturday.”

About 89,000 police personnel were deployed across the country.

Of these, about 8,000 were deployed in Paris to avoid a repeat of last Saturday’s mayhem when rioters torched cars and looted shops off the famed Champs Elysees boulevard, and defaced the Arc de Triomphe with graffiti directed at President Emmanuel Macron.

Macron has left it largely to his Prime Minister, Edouard Philippe, to deal in public with the turmoil and offer concessions.

Philippe on Friday evening met a delegation of self-described “moderate” yellow vests who have urged people not to join the protests.

After the meeting a movement spokesman, Christophe Chalencon, said the premier had “listened to us and promised to take our demands to the president”.

The US embassy issued a warning to Americans in Paris to “keep a low profile and avoid crowds”, while Belgium, Portugal and the Czech Republic advised citizens planning to visit Paris over the weekend to postpone their visit.

In Paris, police officers will be equipped with a dozen armored vehicles for the first time in a French urban area since 2005.

“These vehicles can be very useful to protect buildings,” said Stanislas Gaudon, the head of police union Alliance. “And in case they set up barricades, we can quickly clear out the space and let our units’ progress.”

The French capital experienced its worst riots in decades last weekend, in scenes that shook the country and plunged President Emmanuel Macron’s government into its deepest crisis so far.

(With inputs from agencies)