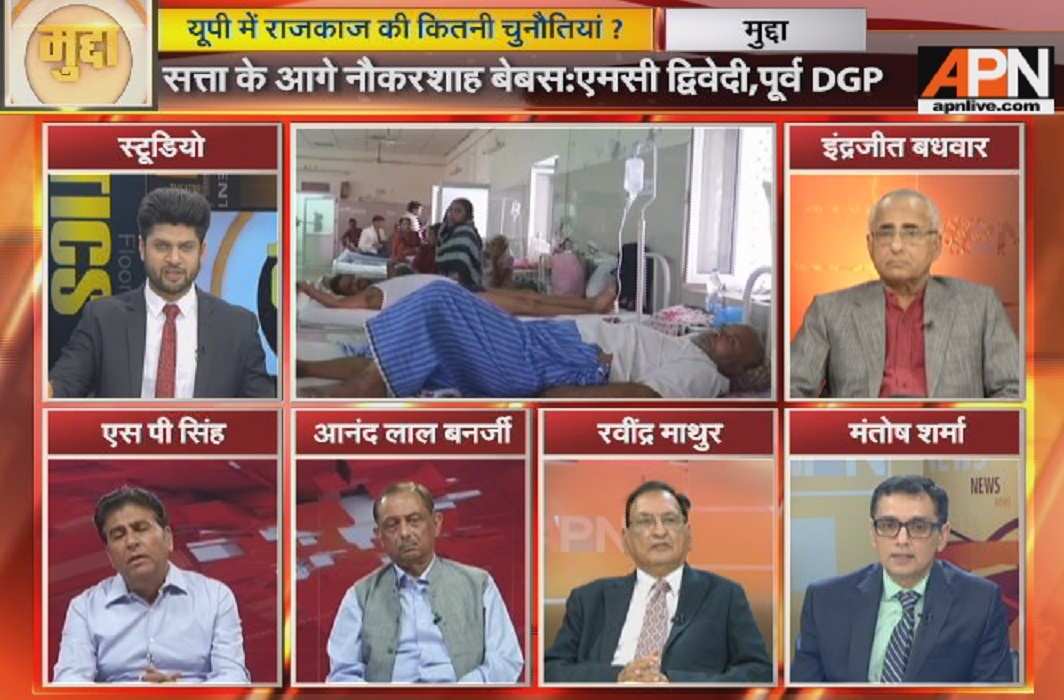 Panellists criticise raising of Ayodhya bogey for gains in the UP civic polls, feel that development has taken a back seat in the city as well as state

Shukla said Ram is not an electoral or a partisan issue; it is a way of life, embodies values, and Ram resides in all of us. The BJP supports the demand for a Ram temple in Ayodhya, he said.

Rawat said BJP leader LK Advani’s rathyatra fanned the demand to install the Ram temple, and since then it has become a tool for political parties to grab votes with.

Shukla said that all parties have used the Ram issue from time to time, and the BJP alone should not be singled out for blame.

Pradeep Singh said that the SP is against using the Ram temple issue for votes. “We all want to install Ram statue in the temple, but we are not going to use the issue for votes,” he said.

Omkar Nath said that votes should be asked on developmental and economic issues only.

Dwivedi said that RSS has always wanted ramrajya in India, and whosoever wants to join in this campaign is welcome.

Raju said all parties are pursuing the issue for selfish gains. He said that just like Ravi Shankar, Shia Waqf Board chief Waseem Rizvi also arrived at Ayodhya to meet mahants to have a discussion over Ram. He said all that people want is to raise the issue in the media.

Shukla said that Ravi Shankar is a saint and instead of throwing dirt at him, people should understand that he is creating a conducive environment for dialogue.

Omkar Nath said that he agreed with Pandey that only SC-appointed mediators should intervene.

Raawat said that Ravi Shankar is like an elder, so what is the objection in him taking the lead to help in solving the issue?

Raju said that Ravi Shankar should first look at the Yamuna mess created by him before looking for other issues that will keep the spotlight on him.

Rawat said that as per Raju all are tainted, so then who should mediate?

Anchorperson Anant Tyagi raised the subject of development of Ayodhya which has been lagging despite the fact that virtually every political party has tried to use the issue at Ayodhya to its advantage. Pradeep Singh said the SP government had tried to clean the ghats at Ayodhya and make new roads, but the current BJP government has done nothing.

Raju said that it would be better if all work towards ramrajya instead of taking up emotive matters like this to stoke the fires of communalism.