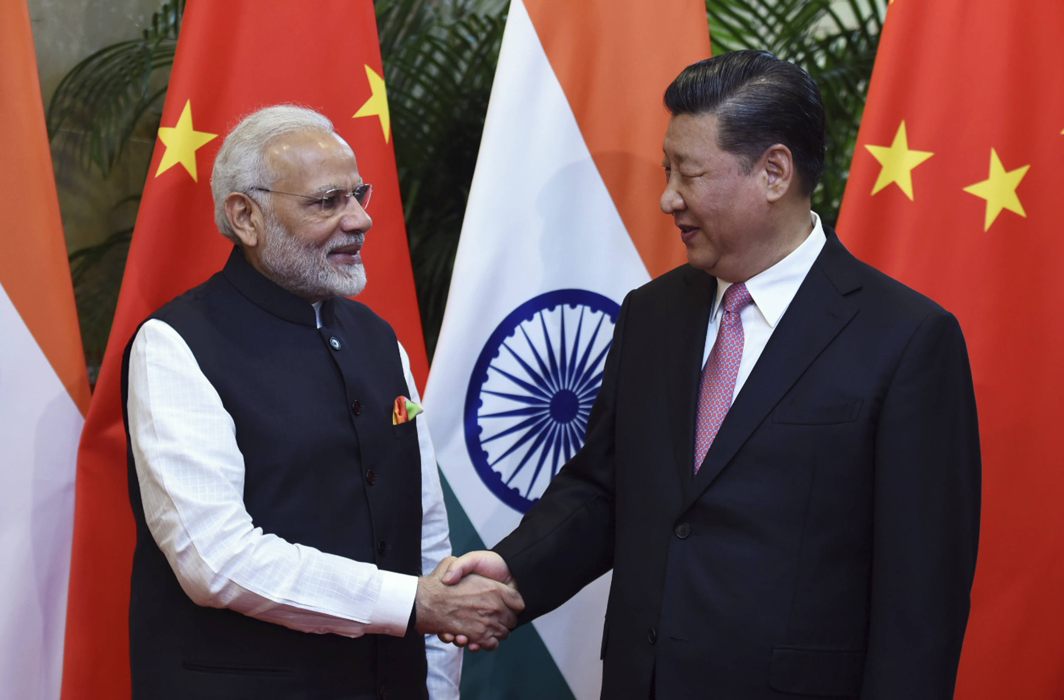 Jinping accepts invitation for informal summit in India next year

Foreign secretary Vijay Gokhale has announced that Chinese side has conveyed that President Xi Jinping has accepted invitation for Wuhan-like informal summit in India in 2019. The schedule of the summit will be decided later.

During Saturday’s meeting President Xi Jinping suggested PM Modi that the two countries set up a new bilateral trade target of $100 billion by 2020, a target earlier set for 2015. However it could reach $84.44 billion last year. For facilitating trade growth India has allowed Bank of China to open its branch in Mumbai.

Gokhale has said, “There were some discussions on trade and investment issues. And in that context XI told Modi that China is looking at enhancing agricultural exports from India including non-Basmati rice and sugar”.

Moreover, China has agreed to share hydrological data of the Brahmaputra River in flood season with India. China had stopped sharing data after the 73-day long stand-off between Indian and Chinese troops at Dokalam last year.

Prime Minister Narendra Modi said he had detailed discussions with Chinese President Xi Jinping on bilateral and global issues which will add further vigour to the India-China friendship after their informal summit in Wuhan. They discussed a blueprint for deepening bilateral relationship and reviewed the implementation of decisions they had taken during their informal summit in Wuhan.

The meeting covered key aspects of the bilateral engagement, reflecting the resolve by the two countries to reset relations and bring back trust in their ties which was hit by the Doklam standoff and several other thorny issues.

Read More: China fails to get India’s support on Belt and Road project

China’s state news agency Xinhua quoted Xi Jinping saying that he was “willing to work with India to take the Wuhan meeting as a “new starting point” to continuously enhance political mutual trust and engage in mutually beneficial cooperation across the board, so as to push forward China-India relations in a better, faster and steadier manner.”

This is the first SCO summit since its expansion, when India and Pakistan were included as full members at the Astana summit in Kazakhstan last year.

This is PM Modi’s second visit to China this year. The two leaders meeting on Saturday took place within six weeks after their informal summit in central China’s Wuhan city during which they exchanged views on solidifying the relationship between the two countries.

Leaders of the eight Shanghai Cooperation Organisation member states and four observer states, as well as heads of international organisations are attending the summit to explore ways to bolster cooperation in the fight against terrorism, extremism and radicalisation.

Full members of the Shanghai Cooperation Organisation or SCO include China, India, Russia, Kazakhstan, Kyrgyzstan, Tajikistan, Uzbekistan, and Pakistan. Countries with observer status in the bloc include Afghanistan, Iran, Mongolia, and Belarus.

Read More: India must strengthen ties with China but with caution

Prime Minister Modi is expected to hold nearly half a dozen bilateral meetings with top leaders of SCO countries at the sidelines of summit. However, there is no confirmation on whether there will be any meeting with Pakistan President Mamnoon Hussain.

Ahead of the SCO summit, PM Modi had said he was “excited” to lead the Indian delegation for the grouping’s first-ever meeting with India as a full member.

He further said, “In the last one year since India became a full member of the SCO, our interaction with the organisation and its member states has grown considerably. I believe that the Qingdao Summit will further enrich the SCO agenda, while heralding a new beginning for India’s engagement with the SCO.”

Raveesh Kumar, spokesperson of Ministry of External Affairs, tweeted on Saturday morning, “With 8 members, SCO represents approximately 42 per cent of the world’s population, 22 per cent of the land area and 20 per cent of the GDP. SCO focuses on political, economic, security and cultural cooperation and enables India to engage with Central Asian countries.