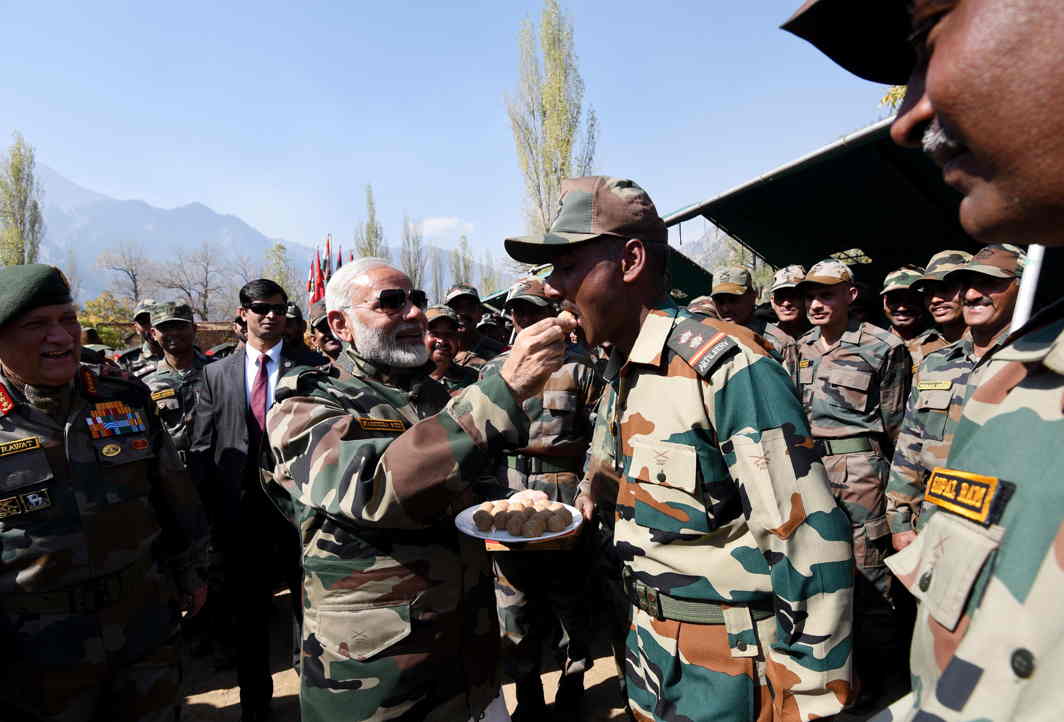 Last year PM Modi celebrated the occasion with ITBP personnel in Uttarakhand along the Indo-China border.

According to reports, Prime Minister is also expected to make a trip to Mana post at the Indo-China border and the Kedarnath Shrine before heading back to Delhi.

Earlier in the day, PM Modi extended Diwali greetings to the nation in a tweet in Hindi.

Last year PM Modi celebrated the occasion with ITBP personnel in Uttarakhand along the Indo-China border. He had celebrated his first Diwali as Prime minister in 2014 with soldiers posted in Siachen and in 2015 he was at the India-Pakistan border in Punjab.

Defence Minister Nirmala Sitharaman, who is on a two-day visit of Andaman and Nicobar Islands, will also spend Diwali with troops and their families posted in the area.

Sitharaman will also lay wreaths at the Swatantra Jyoti in Cellular Jail, where several freedom fighters were held during the British rule.

On Wednesday, the government announced a “Diwali gift” for the armed and para-military forces in the form of reduced call rates on Digital Satellite Phone Terminal (DSPT), which is used by forces in remote areas. The call rate has been reduced from Rs 5 a minute to Re 1 a minute.