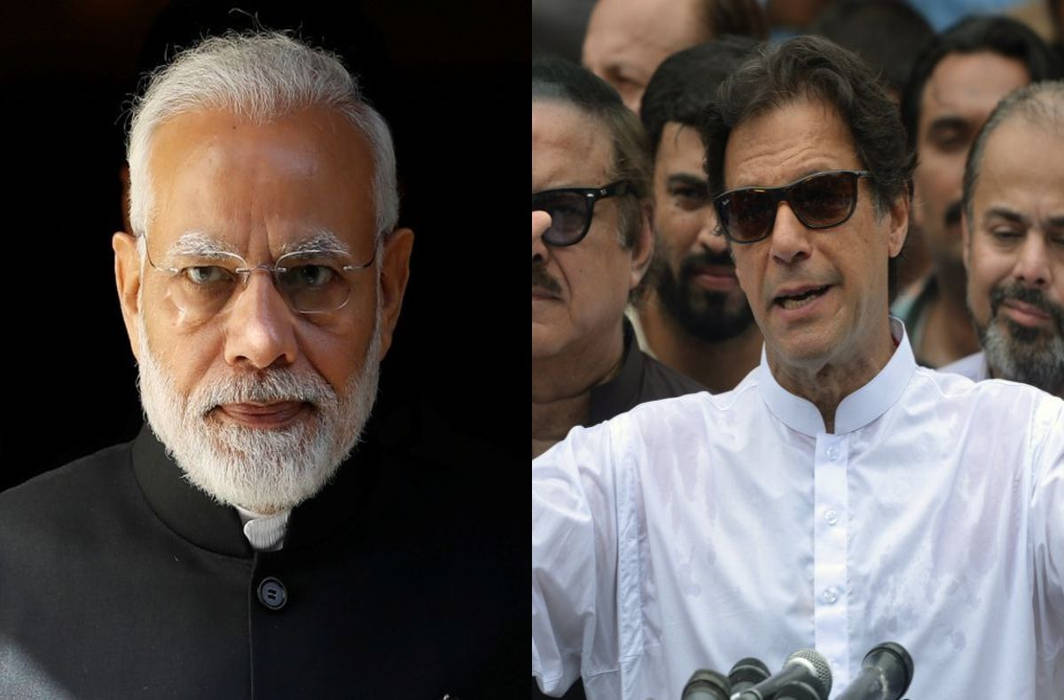 Keeping up the pressure on Pakistan, Prime Minister Narendra Modi in his address at the Shanghai Cooperation Organisation (SCO) Summit in Bishkek today (Friday, June 14) said that countries sponsoring, aiding and funding terrorism must be held accountable as he called for a global conference to combat the menace.

Modi arrived in the Kyrgyz capital on Thursday for the two-day SCO summit. The SCO is a China-led 8-member economic and security bloc with India and Pakistan being admitted to the grouping in 2017.

Modi highlighted the spirit and ideals of the SCO to strengthen cooperation in the fight against terrorism and said India stood for a terrorism-free society.

“During my visit to Sri Lanka last Sunday, I visited the St Anthony’s church, where I witnessed the ugly face of terrorism which claims the lives of innocents anywhere,” he said.

To combat the menace of terrorism, countries will have to come out of their narrow purview to unite against it, Modi said in the presence of his Pakistani counterpart Imran Khan.

“To tackle the danger of terrorism, all humanitarian powers should come forward together. Countries that provide encouragement, support, and finances to terrorism must be held accountable,” Modi was quoted as saying by news agency ANI.

PM Modi also called on the SCO member states to cooperate under the SCO Regional Anti-Terrorist Structure (RATS) against terrorism.

He also urged the SCO leaders to organise a global conference on terrorism.

“Literature and culture provide our societies a positive activity, specially they stop the spread of radicalisation among the youths in our society,” Modi said.

During his bilateral meet with Chinese President Xi Jinping on the sidelines of the summit on Thursday, PM Modi reiterated India’s stand that Pakistan should take concrete action against terror before talks can resume.

“Pakistan needs to create an atmosphere free of terror, but at this stage we do not see it happening. We expect Islamabad to take concrete action” to resume talks, foreign secretary Vijay Gokhale quoted the Prime Minister as telling President Xi.

Ahead of the summit, Pakistan Prime Minister Imran Khan and Foreign Minister Shah Mehmood Qureshi had written separate letters to their Indian counterparts, pushing for resumption of bilateral talks. After assuming office too, Imran Khan had written to PM Modi, seeking dialogue on all issues, including Kashmir.

But no bilateral interaction was scheduled between PM Modi and Imran Khan during the summit, where the two leaders are meeting for the first time since the cricketer-turned politician took over as the Prime Minister of Pakistan.

India has not been engaging with Pakistan since an attack on the Air Force base at Pathankot in January of 2016 by a Pakistan-based terror group, maintaining that talks and terror cannot go together.

Early this year, tensions flared up between India and Pakistan after a suicide bomber of Pakistan-based Jaish-e-Muhammed (JeM) killed 40 CRPF personnel in Kashmir’s Pulwama district.

Amid mounting outrage, the Indian Air Force (IAF) carried out a counter-terror operation, hitting the biggest JeM training camp in Balakot in Pakistan on February 26. The next day, Pakistan Air Force retaliated and downed a MiG-21 in an aerial combat and captured an IAF pilot, who was later handed over to India.

China played a role in easing tensions between New Delhi and Islamabad. In a significant win for India, China also lifted its technical hold on listing Pakistan-based terrorist Masood Azhar as a global terrorist by the UN. Beijing said it took the decision after it found no objection from the US, UK and France.

Pakistan also under FATF pressure to act against terror

Pakistan is also under pressure from the inter-governmental body formed to help combat terror funding and money laundering, Financial Action Task Force (FATF) to show compliance with action points set for it before the organisation’s upcoming plenary meet. India is likely to take up Pakistan failure to act on more than 90 per cent of those points.

The FATF, an inter-governmental body that is now in its 30th year, works to “set standards and promote effective implementation of legal, regulatory and operational measures for combating money laundering, terrorist financing and other related threats to the integrity of the international financial system”. Its plenary meet is scheduled to be held from June 16 to June 21.

Pakistan has been under the FATF’s scanner since last June, when it was put on the greylist for terror financing and money laundering risks, after an assessment of its financial system and law enforcement mechanisms. India was not part of the group that moved the resolution to greylist Pakistan last year in Paris. The movers were the US, UK, France, and Germany; China did not oppose.

FATF and its partners such as the Asia Pacific Group (APG) review Pakistan’s processes, systems, and weaknesses on the basis of a standard matrix for anti-money laundering (AML) and combating the financing of terrorism (CFT) regime.

In June 2018, Pakistan gave a high-level political commitment to work with the FATF and APG to strengthen its AML/CFT regime, and to address its strategic counter-terrorism financing-related deficiencies. Based on this commitment, Pakistan and the FATF agreed on the monitoring of 27 indicators under a 10-point action plan, with deadlines.

In a statement, the FATF said in February: “Given the limited progress on action plan items due in January 2019, the FATF urges Pakistan to swiftly complete its action plan, particularly those with timelines of May 2019.”

Last week, the Joint Group informed Islamabad that its compliance on 18 of the 27 indicators was unsatisfactory, and asked it to do more to demonstrate strict action against eight terrorist groups, and in combating money laundering.

Successful implementation of the action plan and its physical verification by the APG will lead the FATF to move Pakistan out of the greylist; failure by Pakistan will result in its blacklisting by September 2019.

There are various kinds of costs associated with getting on the blacklist. A blacklisted country’s customers and financial institutions face immense difficulties in transacting with banks of FATF member-countries. From a global network point of view, the blacklisted country is cut off from international banking networks. Such non-compliant states also face the risk of being downgraded by multilateral lending institutions and rating agencies.

A country being on this blacklist generates a lot of uncertainty for financial institutions or funding agencies, which makes it hard for the state to easily receive capital inflows.